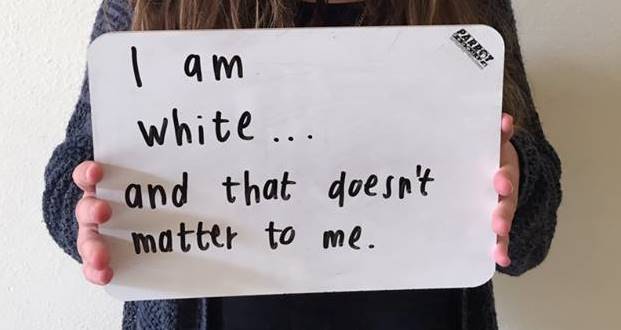 The online world erupted on Friday when #IAmStellenbosch started trending on Twitter. It quickly earned the mockery of Twitter users who pointed out that having black friends or listening to rap music, *surprise surprise* didn’t mean jack when it came to racism, exclusion and historicalÂ prejudice. BENAZIR CASSIM rounds up.

First, Stellenbosch University hadÂ #WhereIsTheLove,Â which sought to unite its students under positive, good vibes. Apparently, it was created to counter the tiresome “negativity” surrounding the university after the documentary, Luister, aÂ documentary highlighting the racial tensions between students and lecturers at Stellenbosch university, went viral online.

And now there is #IAmStellenbosch, started as a Facebook pageÂ and Youtube video, which claims it is a place for students to engage with each other, through discourse rather than dialogue (whatever that means).

On Wednesday, they posted photos of (mostly white) students holding placards on which they had written “a statement which can either break down a stereotype they feel they’ve been put into or just proclaim something about their identity”.

Sadly, most of these statements just enforced stereotypes and displayed ignorance.

We are here to dismantle the powers of institutional racism, we don’t want your #IAmStellenbosch false consciousness http://t.co/1CKKa1sc5C

A few black students also got called out for participating. Except some of them thought they were “non-white”.

I’m black and don’t want to upset my white friends, so I’ll deny the existence of racism while smiling for the camera. #IAmStellenbosch â€” Tendai Matsika (@Tsikmode) September 25, 2015

Defining/describing yourself as “Non-white” is total BS. Get over this kak now. BYE. #IAmStellenbosch â€” lindsaymarysia (@lindsaymarysia) September 25, 2015

And at least one student wrote something relatable:

What are your thoughts on the #IAmStellenbosch campaign? Let us know in the comments, or tweet us @thedailyvox.