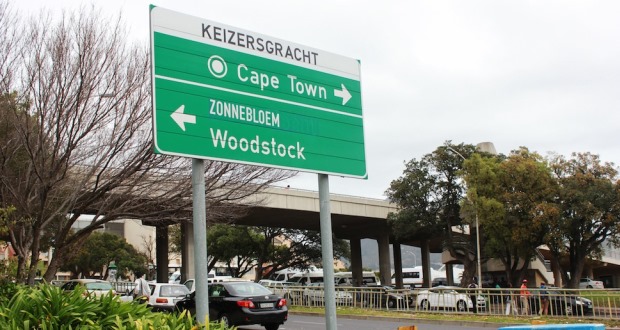 The funny thing about Heritage Day is that it always seems to boil down to that inherently judgey question “how you’ve chosen to spend it. Are you out there embracing the exterior markings of your particular culture, wearing certain clothes, cooking certain foods, or are you “gasp” being a commercialised pleb and braaiing?

And it simply wouldn’t be Heritage Day if it wasn’t accompanied by a swathe of articles in which people argue about the meaning of Heritage Day. (Heads up: you’re currently reading one of those too.) If we’re not deconstructing the impact of colonialism on indigenous culture, or calling for the affirmation of cultural practices or slamming braai day, we use the day as an excuse to strike up a podium and canvas for votes.

Here at the Daily Vox, we’ve decided to take a broad view of heritage. The Collins Dictionary describes heritage as

“1. something inherited at birth, such as personal characteristics, status, and possessions,” and
“2. anything that has been transmitted from the past or handed down by tradition”

Meanwhile, the University of Massachusetts Amherst’s Center for Heritage and Society describes it as “the full range of our inherited traditions, monuments, objects, and culture. Most important, it is the range of contemporary activities, meanings, and behaviors that we draw from them.”

I’m much more comfortable with these definitions than the trite directive to “celebrate your culture” because they are more inclusive of everything that’s come to bear on the person I am today, and the legacy I will leave behind.

Sum of all baggage

When we talk about what has been handed down, we often think of material things, assets, abilities. But this is the inheritance of the privileged. But most South Africans grew up hard.

You may have had nothing handed down to you – not a family home or some photographs, a grandfather’s letters or a mother’s ring. Maybe these were lost when a home was bulldozed, or a family uprooted to follow work. Maybe all you were left by those who came before you is debt and some very hefty baggage.

I like to think of heritage as the sum of all the baggage that we carry with us, every day of our lives.

My heritage is the heritage of the not-good-enough. I’m sure many South Africans have this in common with me.

I could probably tell you everything I know about my grandparents in a sentence or two. There are no pictures, no letters, no names attached.

There was a boy in Afghanistan or Pakistan or India, somewhere before the partition in 1947, who hopped on a boat bound for somewhere and jumped ship around Durban. There was a woman from St Helena. How she’s related to the boy, I don’t quite know. There was a woman who cleaned houses in Camps Bay. Of her husband, I know nothing. In my family history, these people do not even have names.

What I do know begins just a generation before my parents.

My mother was raised Anglican, in a large family in a small house in District Six. She dropped out of primary school, lied about her age and got a job washing dishes after her father had a stroke. Years later, the Group Areas Act had my grandmother and the youngest siblings shipped out to a council house in Retreat.

My vaguely Indian, Muslim father, on the other hand, was raised in Overport, in a house set above a shop. He went to school under a tree, sat on a sack, wrote on a slate but made it to college and learned a trade. His family also relocated because of the Group Areas Act.

Eventually, they met and married. But 40 years ago, being coloured and a convert didn’t go down too well in Indian circles. (Has that changed?) Race, culture, heritage were secrets to be kept. I was eight when I was told “Shhh, don’t tell anyone”.

This is the heritage of not-good-enough.

Men find it easier, I think, to get on with it without caring too much about what people think. But my father, who grew up in the 40s and 50s has different baggage. You see it when he speaks to white people young enough to be his children; he lowers his eyes, adjusts his accent, says “Sir” and “Ma’am. Don’t make eye contact, don’t be noticed. This is the heritage of not good enough.

The heritage of not good enough has dogged me all my days.

So how to reconcile this with this invented holiday of Heritage Day? Do we visit museums and monuments, wear traditional dress, cook traditional food?

Or do we simply sit down to a meal with our parents and extended family, and discuss our personal histories and our family histories, cementing our connections, and trying to understand all the people and events that have influenced our lives, and why we are the way we are? Because I would have liked to have had more than the heritage of not-good-enough, and I would hope to leave more to my children.