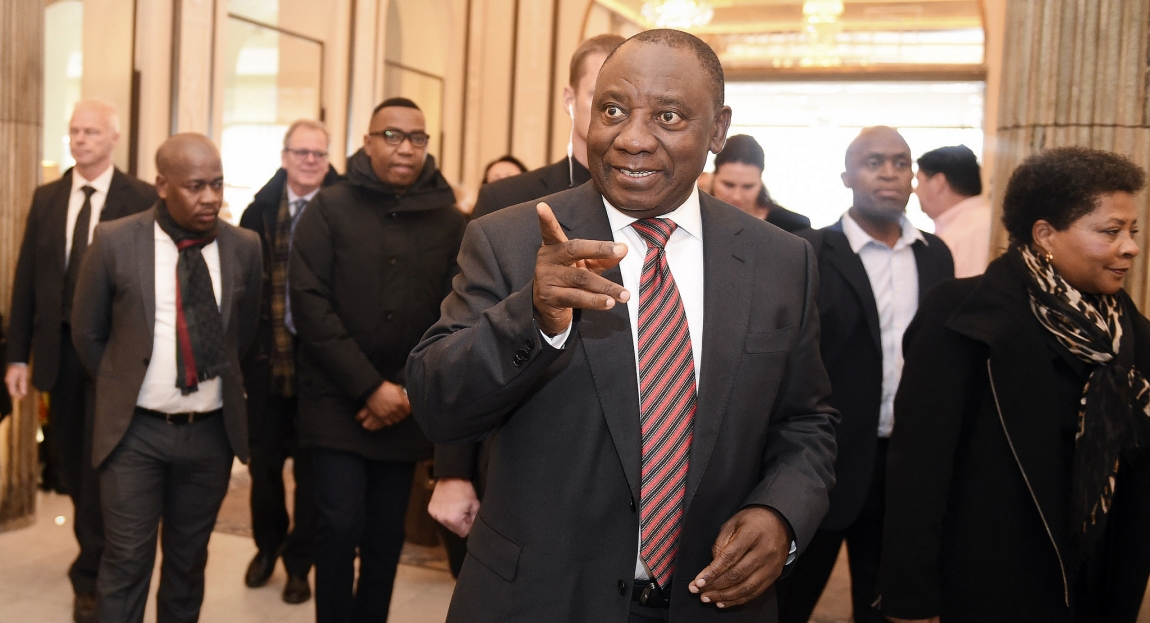 Cyril Ramaphosa is the man of the moment, no matter how hard most of us wish he weren’t. The national conference of the African National Congress (ANC) takes place from 16 to 20 December, and at the conclusion of the nomination process, Ramaphosa is ahead and is the presumptive future leader of the country. Behind him is Dr Nkosazana Dlamini-Zuma. But how much do we really know about him? Besides the recent morally dubious statements made by Ramaphosa in this political struggle for power, his involvement in the Marikana Massacre and the time he flashed condoms around in Parliament, most millenials, many of whom will be voting for the first time in 2019, just know him as the deputy president.

Let’s change that. Ray Hartley’s new biography Ramaphosa: The Man Who Would Be King (2017, Jonathan Ball Publishers) is an extremely enlightening account of the life of the man who might lead the country soon. Everyone should read it. No, really. The Daily Vox rounds up five reasons why.

1. Hartley starts at the beginning, when Ramaphosa’s skills in politicking were honed from his university days in Turfloop. His personality, in all its frightful ambitious aggression and ruthlessness, are described through events from the 1970s right up until this year. Also, he has a bit of a feud with Thabo Mbeki, and it’s a funny story.

2. Ramaphosa played one of the biggest roles in drafting the Constitution of the Republic of South Africa. After the ANC won the elections, Ramaphosa was a member of the Constitutional Assembly, created to outline the final copy of that document South Africa is so proud of. And how he ended up doing that is a story in itself.

3. He’s quite the businessman. The ANC is known for espousing its own brand of Black Capitalism, and Ramaphosa could be the poster-boy of those values. In the youth of democracy, Ramaphosa claimed he was leaving politics to help with Black empowerment in the economy, and just so happened to make a lot of money in the process. Not to mention an early brush with the Guptas, before everyone knew their name. Bizarre.

4. Most people know Julius Malema was expelled from the ANC, but many don’t know that Ramaphosa had a huge role in expelling him, unwittingly giving him the opportunity to create the ANC’s biggest political rival since the National Party (we don’t talk about the Democratic Alliance). His role in the creation of the crimson-clad Economic Freedom Fighters is fully explained.

5. The book gives a proper account of the extent of Ramaphosa’s involvement in the Marikana Massacre. While earlier chapters might give a more hopeful outlook on his eventual stance, it seems that you either die a hero or live long enough to see yourself become the villain. If he was truly responsible for the deaths of 44 men, an event which changed the course of South Africa’s path in the world, this book will let you know the truth.