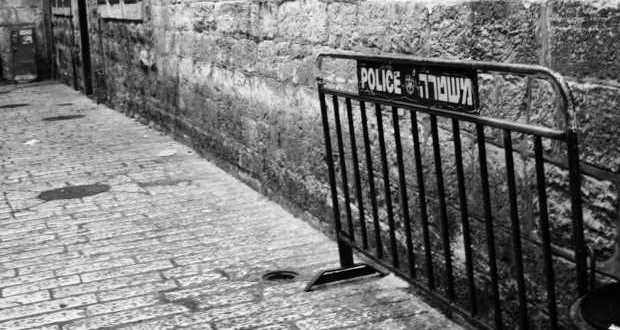 Palestinian youth, seen as the “lost generation of the Oslo Accords”, continue to resist Israeli occupation on a daily basis. But will this be enough to spur a third intifada? LINAH ALSAAFIN argues that this generation needs guidance and a collective representative if they are to turn their flash protests into aÂ sustainable uprising.

It was an early October afternoon in the old city of Jerusalem, a warm day with little commotion. A 19-year-old Palestinian stabbed a settler not far from one of the gates leading to the Al-Aqsa compound. As chaos ensued, the Palestinian grabbed another settlers’ gun and fired at him, and then at another. Two settlers were killed; the third was wounded before Israeli police shot dead the perpetrator, a second-year law student named Muhannad al-Halabi.

Witnesses later would describe the collected and almost placid movements of Halabi as he used the knife and the gun. It was surreal, they said. He looked so calm.

A few days later, 20,000 people marched in Halabi’s funeral in the West Bank city of al-Bireh. Chants thundered, With our blood, with our soul, we will sacrifice for you, martyr! in the largest funeral procession seen in recent years.

Al-Halabi is credited with being the spark that set fire to the â€œthird intifada on the 3rd of October last year.

He lost his best friend, Dia Talahmeh a few weeks before, who was killed by Israeli forces. Talahmeh’s body was dumped on the side of a road.

In the weeks and months that followed, dozens of similar attacks took place against Israeli settlers and soldiers.

Protests broke out at contention points – mostly at Israeli checkpoints.

Local and international media went haywire with their insistence on painting the unfolding events as a sensationalist third intifada which had some of the spontaneity that the first one back in 1987 carried.

The Palestinians armed with scissors or knives or screwdrivers largely remain within the same age group – teenagers and young adults in their early 20s.

They are the lost generation of the Oslo Accords, which were signed in 1993 and heralded in the creation of the Palestinian Authority (PA) – a semi-autonomous non-representative body that 23 years later proudly waves its true colours as the subcontractor of the Israeli occupation.

What could possibly drive these young, mostly student-age individuals to attack heavily armed Israelis, especially when the Israeli response has been almost always a shoot-to-kill policy, no matter what level of threat they pose? The lone wolf attacks have frustrated Israeli and PA intelligence, simply for the reason that Palestinian political parties “once a flagstaff of political resistance and organisation” are not involved or responsible.

This is a generation that has been raised in enclaves, who are denied access to the sea but live a short distance from it, and who grew up with the apartheid wall expanding over the years.

He used to always talk about Yafa [a port city under Israeli control] where we are originally from, Halabi’s mother said, regarding her son. He used to talk about Yafa as if he knew the city, and he always told me we would return there no matter what.

These youth, vilified by Israeli media as dirty terrorists, did not wait for their outdated political factions to rise from the slumber of dogmatic incompetence and burn the trade-off of international recognition in favour of self-determination.

Yes, there was spontaneity, but without a representative leadership, there can be no sustainable uprising.

Fast forward a few months. Attacks are still ongoing, sometimes up to two or three a day but they have become normalised. Protests against the Israeli army have diminished.

Exuberant or (depending on what side you’re on) fearful cries of third intifada dissipated. Instead, large demonstrations of teachers striking against the PA have taken centre stage domestically, once again demonstrating the fissures and cracks within society.

Fragmentation overseen by a corrupt body may harbor the setting and condition for an explosive shake-up intifada but the lost generation is in dire need of guidance and a collective representative in order to cross the hurdle from flash protests to organized resistance.

Linah Alsaafin is a writer and journalist currently based in London. She completed her undergrad studies in Ramallah before obtaining her MsC in Middle East politics at the School of Oriental and African Studies in London.