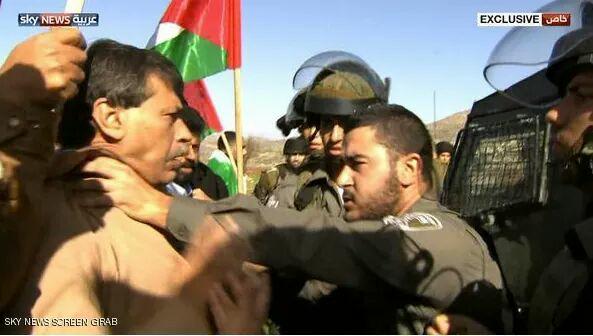 A Palestinian minister has been killed after suffering a beating at the hands of Israeli forces during a protest in the West Bank, in the occupied Palestinian territories.

Witnesses said Ziad Abu Ein,the leader of the Anti-Wall and Settlement Commission, had choked on tear gas and was beaten in the chest by Israeli soldiers, before being taken to a hospital where he died.

The minister was leading a group of Palestinians to the West Bank village of Turmus Aya to plant olive tree saplings on land close to an Israeli settlement, when they were accosted by the army.

Abu Ain was part of non-violent protest against settlements when confronted an killed. Protesters were carrying flags & olive brances

The Palestinian Authority have declared three days of mourning.

Some information about Ziyad Abu Ein’s time in prison from the Palestinian Prisoners Society pic.twitter.com/ySIEJYRV0O

The Israeli Defence Force says it is still reviewing the incident.

IDF reviewing occurrences at demonstration leading to the reported death of a Palestinian. Updates to follow.