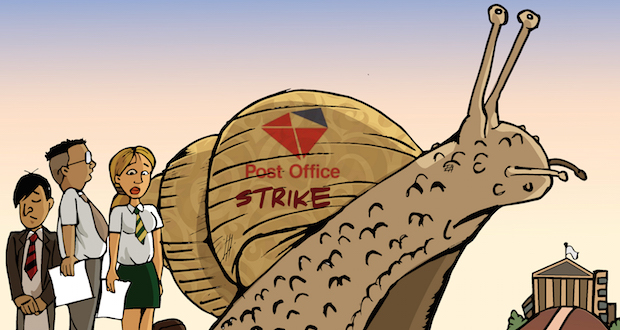 A dissatisfied postal services customer has discovered piles of undelivered mail at the South African Post Office’s Johannesburg mail hub. Leonard Werner had been waiting for more than two months for a parcel to be delivered when he turned to Facebook to vent his frustration â€“ and share pictures of the delivery backlog.

â€œNo wonder no one gets anything! Some people have been waiting since 8AM till 15:00 when I arrived without service. The staff is swearing one another and giving the clients grief telling them they are not going to go look for their parcel! It is absolute mayhem,â€ he posted.

Wernerâ€™s description, together with pictures of piled up mail, has been shared on Facebook more than 9,000 times since Tuesday.

Almost four months after the Post Office strike ended, it seems that postal services has not caught up on its deliveries. And, with last yearâ€™s backlog still not cleared, yet another strike is looming.

Technological advancements, primarily the internet, have affected postal services abroadÂ at an overwhelming speed. But in Africa where internet penetration is still less than 10% and where, according to the UN,Â 13% of the population remains without postal services of any kind, people are still going to need to get their bills and correspondence delivered somehow. Hopefully this backlog will be resolved soon.