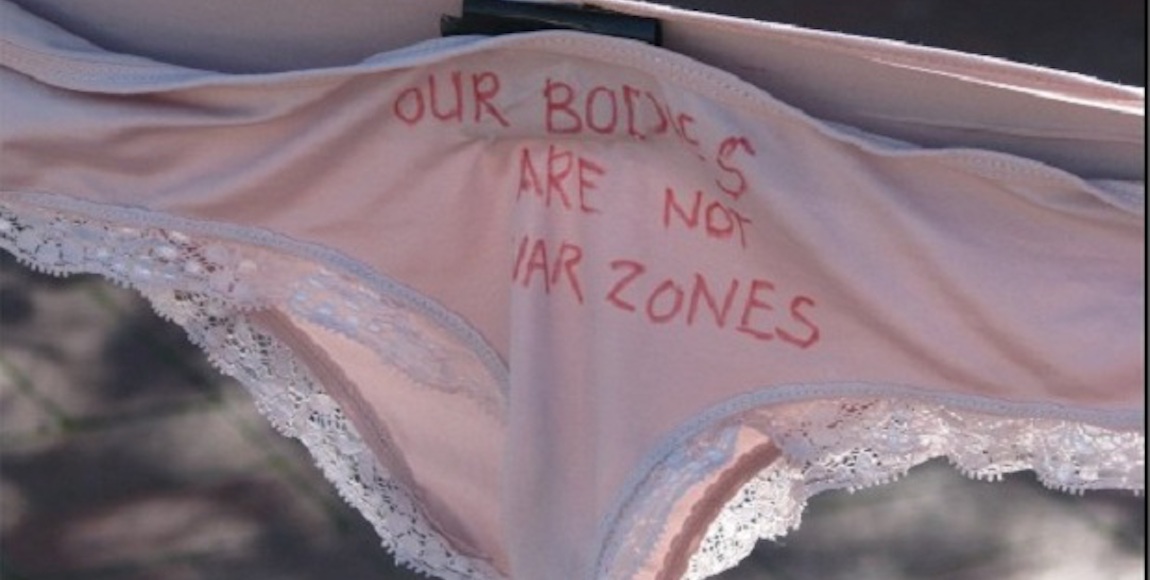 Weâ€™re midway through â€œWomenâ€™s Monthâ€ and things are pretty much the same as ever. Rape is a daily occurrence. Women are being murdered every day by their partners. A top politician assaulted a woman in public. The head of the ANCWL basically condoned his behaviour because heâ€™s from the same ANC factionâ€¦

South Africa is one of the most dangerous places in the world for a woman. Sexual violence has been compared to that of a warzone. Intimate partner violence is the leading cause of death of South African women.

Of the four women murdered every day â€“ one every eight hours – three will be killed by their partners, according to a 2012 study by the South African Medical Research Council (SAMRC).

Only around 1% of these partners will ever be convicted, according to the SAMRC.

Violence is normalised. So normalised that women who are raped often feel lucky to be alive. But we need to push against this â€œnew normalâ€ because it is far from normal.

Veteran gender activist Lisa Vetten says that rape is like torture in terms of the post-traumatic stress experienced. In other words, people who have been raped (women, men and children) often display the same symptoms as political prisoners who have been tortured.

But rape is so commonplace that only the most extreme cases make it into the media these days.

When a womanâ€™s body is found, there is always that terrible assumption that she was raped before being killed. This is true in over a quarter of cases (28%) where a woman is murdered by a stranger, according to the SAMRC.

Many women donâ€™t tell anyone that they were raped because they feel ashamed or afraid. Yet even if a rape survivor does not want to report her case to the police, it is really important for her to get medical care. If she is HIV negative, getting antiretroviral medication within 72 hours can protect her against infection. Emergency contraception to prevent pregnancy and antibiotics against sexually transmitted infections are also really important. But counselling is also key to fight against depression.

When MÃ©decins Sans FrontiÃ¨res (MSF) did research in Rustenburg, they found that rape was driving HIV and depression in the mining town, while around 30 percent of abortions were by women who had been raped.

Because we feel very strongly that no rape should ever be tolerated, Health-e has launched the Izwi Lami (My Voice) campaign to collect the testimonies of survivors, put them in touch with counselling services, and campaign for a standard package of healthcare for all survivors to be available at all 24-hour health facilities.

This is being done through our free SMS-driven survey and questionnaire platform. By texting the keyword â€˜endrapeâ€™ to 38006, rape survivors can take part in a survey about their personal experience, get information about counselling services in their provinces and add their support for the demand for the package of care.

The survey allows survivors to record personal stories anonymously, giving as much or as little information theyâ€™re comfortable to share. For many women this may be the first time they are able to share their experiences of trauma.

Those survivors willing to share their stories publicly (either with or without their names) will have excerpts of their accounts shared.

The intention of Izwi Lami is to show other survivors they are not alone, and to create a conversation on social media around how pervasive rape is in the country.

Izwi Lami is a collaborative campaign, with Health-e partnering with Rape Crisis, MSF, Sonke Gender Justice, LifeLine, mainstream media outlets and local personalities to highlight the issues that beg for us not to look away.

Each SMS conversation ends with a link to a petition designed by amandla.mobi calling for a package of care (counselling, ARVs, antibiotics and a morning-after pill) to be provided to every rape survivor at appropriate health facilities.

At the end of Womenâ€™s Month, Health-e would like to find sponsorship to continue the SMS tool and to build it up into a national Survivor Support resource for survivors of rape, sexual abuse and domestic violence, linking them to counselling, Thuthuzela Care Centres, appropriate 24-hour health facilities and police stations.

Join us on this journey because our rape and abuse crisis leaves no South African unaffected. Izwi Lami is a call to be heard, itâ€™s also a call to listen and call to act.

Reporting for this story is supported by Code for Africaâ€™sÂ impactAFRICAÂ fundÂ and the Bill and Melinda Gates Foundation.