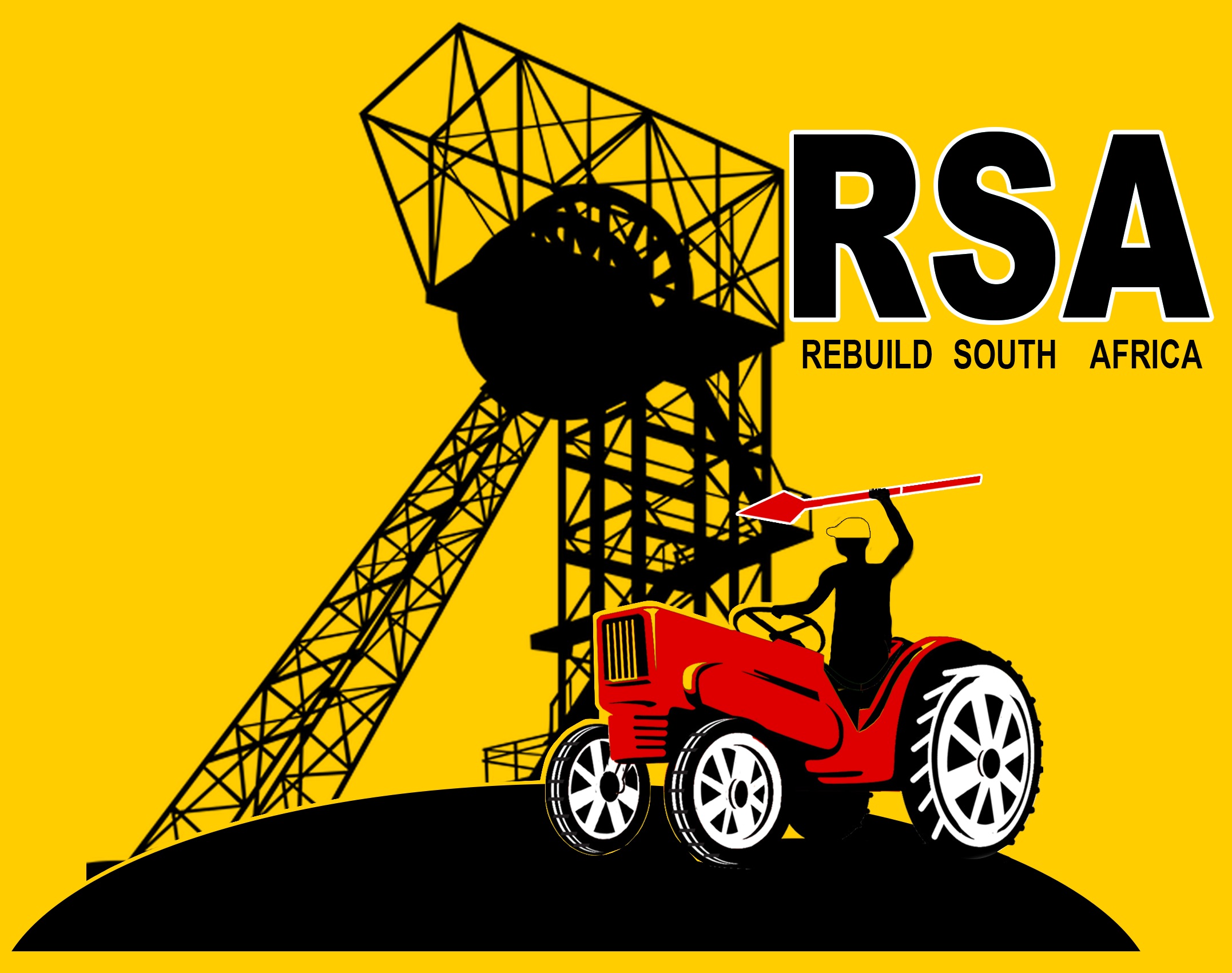 For the youth, for mining communities, and for entrepreneurs. Those are the people Blessing Ramoba’s party Rebuild South Africa (RSA) wants to represent. The party launched in December 2018. It punts itself as a movement bringing together workers and activists “to pursue the struggle for economic liberation”. The Daily Vox spoke to Ramoba about what his party is bringing to the political space.

The conception of the party

Rebuild South Africa emerged from the Mining Forum of South Africa. The Forum is an organisation which works to enforce the Minerals and Petroleum Resources Development Act, the Mining Charter, and Social and Labour Plans. Ramoba says the forum advocates for mining communities in the mining space. Additionally, they look at issues of entrepreneurs in the mining sector especially the small ones in terms of Black Economic Empowerment (BEE) promotion.

The party started when the forum realised they did not have influence over the crafting of political policies for the mining community. “We sat down to discuss these issues about the lack of political will within the African National Congress (ANC) to make mining companies compile with the regulations of the mining industry,” he said.

This perceived lack of political will from the ANC to tackle mining regulations, tax illicit flows, and more led to the formation of the party. The party believe they have the policies to tackle these problems. Ramoba said: “One of the things which we are advocating for is that we want to see beneficiations in the mining sector which the minerals are beneficiated in the country in order to create more jobs for people.”

“We have been helping the mining students with bursaries. [Rebuild South Africa] has been helping a lot of students across the country to get them employment in the mining sector,” says Ramoba about the work his party has been doing on campuses.

The party has built on their existing support base from the Mining Forum and according to Ramoba, they have a membership of 100 000. He counts Gauteng as the province where they have the most support.

After young people leave institutions of higher learning, Ramoba says they must get jobs. “On our website, we say that young people must not sit for more than 90 days. 90 days must be the period where even while you are sitting a job must come for you,” he said.

Through relaxing policies, Ramoba believes this will encourage more investment and create more jobs for young people. He said: “The companies that are manufacturing products overseas should come and manufacture them in South Africa. We must beneficiate our minerals within the country to make sure we increase more jobs for our young people.”

With regards to the land, the party is calling for a fair and proper distribution of land and the securing food security for people. Ramoba says: “We agree with land expropriation without compensation but we do not agree with the land grabs. There must be a proper transfer for land to the disadvantaged and those who want to farm.” Rebuild South Africa says only those who want to work the land should get it regardless of skin colour.

Ramoba says the land distribution should begin with the government land which is not used. “In terms of housing, they must identify land which is not being used and expropriate it to build houses especially when looking at the crisis that Gauteng already has. The state already has a lot of land under the state capacity but the ANC government has failed to ensure that that land is distributed in order to accommodate those that don’t have land,” he said. The party is under the impression that if the land isn’t properly distributed it will badly affect the economy.

Rebuild South Africa views women’s participation as very important. Taking inspiration from the Mining Charter, they want women’s involvement in the mining sector and not just for the lower levels. “They should also be empowered in terms of the laws which should be proposed in terms of affirmative action,” Ramoba said. The party condemns gender-based violence and calls for the implementation of policies to avoid it. Ramoba said: “Any of the abuse and violence against women we condemn and will make sure that the policies are adhered to and implemented.”

What they are bringing to South Africa politics

Ramoba says Rebuild South Africa a force and organisation that will bring new ideas into the politics of South Africa. “As an organisation, we are willing to sacrifice ourselves for South Africa in terms of governance of this country and to improve the economy,” he said.

“As the world transforms we should also transform [through making] sure we protect each other and love each other and unite South Africa, and make sure that there is no abuse and discrimination,” Ramoba says,

The Dagga Party:
The Green Party: Third Time Lucky?
The Land Party: A ‘People’s Dictatorship’ For South Africa
Al Jama-Ah Party: We’ll Tackle Inequality With Islam And Ubuntu
Numsa’s Workers Party: Cuba-Style Socialism In SA
Hlaudi Motsoeneng: ‘We Want To Create A Nation Of Thinkers’
ATM: We Are Not A Zuma Party
Minority Front: SA Must Have Separate Ministries For Minorities

Riz Ahmed is searching for home in Mogul Mowgli