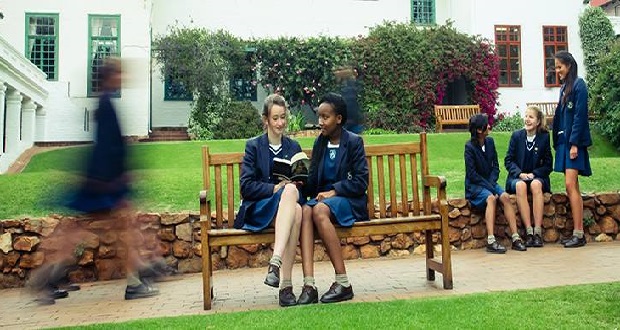 Racism at schools has been in the national spotlight following protests over discriminatory hair regulations at Pretoria Girls High School in August, and South Africaâ€™s posh private schools have not escaped scrutiny.

A grade 11 learner at Roedean, a prestigious private school for girls in Johannesburg, wrote to The Daily Vox to complain about experiences which she said â€œcontradict the ideas of transformationâ€.

â€œCertain teachers would make racist comments like â€œyour hair should not be a fashion statement … Soon after that, people started tying up their Afros as much as they could and keeping their hair plaited to avoid trouble,â€ she wrote.

The student, who asked to remain anonymous, wrote of a lack of representation among the staff, saying, â€œOur teachers are mostly white, only four are black and three teach African languages. The lack of representation is a problem because it teaches us that black people are not qualified to be teachers at prestigious private schools like Roedeanâ€.

She also complained about the lack of diversity in the English curriculum. â€œEver since I was in Grade 8, we have never studied a book written by a black African or a person of colour. As a learner this has been very discouraging for me,â€ she said.

The student said she believed that Gauteng provincial education minister Panyaza Lesufi should â€œnot stop at PHSGâ€ but should continue his investigation into racial discrimination at schools â€œacross all former Model C and private schools, in order for real change and transformation to happenâ€.

The issues she raised are not new.

Kgomotso Matsunyane attended Roedean between 1987 and 1989 and was the second black learner to graduate from the school. Reflecting on her school years, she speaks of an â€œinsidious racismâ€ in â€œspecific rules that would apply only to black girlsâ€.

â€œNo braids were allowed when I was there and the curriculum was certainly â€˜white is rightâ€™,â€ said Matsunyane.

â€œWe were even discouraged from speaking our native languages because we were the minority and we had to fit in with the majority. It was about speaking with the right accent and aspiring to be like the white girls. The school was ill equipped and unwilling to explore proper issues of identity.â€

Almost 30 years after she matriculated from the school, Matsunyane asked why students and parents are â€œonly waking up to this nowâ€.

â€œPeople like myself who have kids are still sending them to these schools. They haven’t done a thing about the lack of cultural diversity and discrimination even after their own experiences,â€ she said.

Mohlokoa NuNu Ngoasheng, who was at Roedean from 2006 to 2010, started a discussion on the South African Old Roedeanian Association Facebook page.

Several students recounted experiences theyâ€™d had during their schooling which they felt had been discriminatory.

Adriana Nyantumbu said that after sheâ€™d braided her hair, sheâ€™d been called â€œa Rastafarianâ€ by a teacher. â€œI was told to go change my hair immediately because I looked like I just walked â€˜out of Star Warsâ€™,â€ she wrote.

â€œI left Roedean at 15, so Iâ€™m curious to know if the teachers still tell girls to tie their shoelaces because they â€˜arenâ€™t in Sowetoâ€™ or to keep it down because â€˜this is not a taxi rankâ€™?â€ wrote Mukundwa Katuliiba.

Tendani Mulaudzi wrote: â€œI did bio until matric, and in my entire matric year, I donâ€™t think my bio teacher bothered to learn my name.â€

Ngoasheng herself asked: â€œI also wonder if the Zulu classroom, a matric subject, is still on the margins and located inside the [design and technology] classroom?â€

Roedean has adjusted its hair regulations in recent years, following consultations with the student representative council, affected students and parents.

Headmistress Mary Williams confirmed that three of the schoolâ€™s four black teachers, teach African languages but added that one of them is also a qualified French teacher. Speaking of the English curriculum, she said the school did not really have a choice in which books are studied as the syllabus and prescribed texts are set by the Independent Examination Board.

â€œTeaching as a profession in this country is at an absolute crisis and we are all looking at ways in which we can actually grow the demographic representation of teachers here at Roedean,â€ said Williams.

â€œAs a school we are very sensitive to the ongoing need to put ourselves into the shoes of these black girls in a society that is trying to move towards transformation for all of us.â€

Commenting on the protests over discrimination at several schools earlier this year, Salim Vally, director of the Centre for Education Rights and Transformation at the University of Johannesburg, said schools shouldn’t pay lip service to transformation.

Vally added that for real change to occur, schools need to have the conviction and dedication to facilitate and manage learner diversity.

â€œThe accommodation of the experiences of all people in South Africa should be part of educational planning,â€ he said.