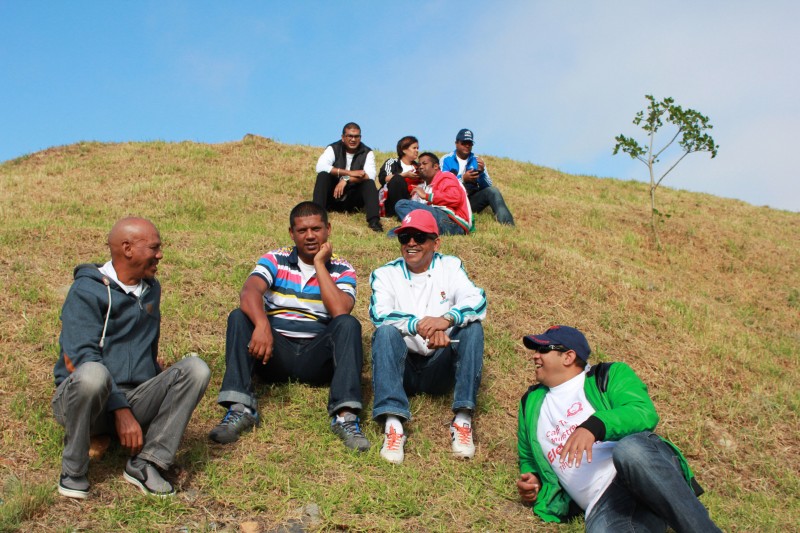 If you’re South African, under 35 years old and looking for a job, you’re in for a tough time. There are 3.3-million unemployed South African youth making up an eye watering 70% of the total unemployed population. This means more young people are jobless today than ever before. But why? AALIA CASSIM explains.

1. The skills mismatch
South Africa is now known as one of Africa’s slowest growing economies. Low growth generally means low job creation. Naturally. And over the past 20 years we’ve seen job creating sectors such as manufacturing slow down and labour intensive industries such as agriculture and mining decline. The little growth that has occurred is in the retail, financial and business services sectors which normally need higher skilled and better educated workers.

This has left a trail of low skilled, poorly educated jobless youth behind. These youths however make up the bulk of those entering the labour force on a daily basis but given the mismatch in skills required by the economy, youth unemployment remains persistently high.

2. Our schools
The average South African has some level of school education and then goes on to look for a job. So if schooling is the only formal education you’ll ever receive, it holds invaluable importance. While education budgets have increased significantly over the past few years to address the quality education, we still face incredible historical backlogs in skills and infrastructure. Dilapidated schools in the Eastern Cape and poor maths and science pass rates are evidence of this dilemma.

Our 18 year olds are enduring 12 years of poor quality education, leaving them poorly skilled and unable to compete for decent jobs. A university degree holder is five times more likely to get a job than someone with a grade 12 certificate. It is not surprising then that 53% of the “idle population” – those not working or studying – are made up of young people and so an astounding 7.5-million young people are not contributing to the economy. The school system will have to prioritise useful skills for the job market or the system will continue to push millions into a relentless, unforgiving labour pool.

The solution: Prioritise sound teachers and quality infrastructure across the public schooling system.

3. Training in a vacuum
The unemployment rate among Further Education and Training (FET) college graduates (11%) is more than double that of university graduates (5%). Despite the calls for vocational skills by politicians and the like, the South African higher education system (excluding universities) is poorly funded and often without sufficient capacity to produce quality qualifications. As a result, fewer apprenticeships are now offered to FET graduates. The weakening links between FET colleges and employers means that the skills obtained from these colleges may be somewhat irrelevant to the labour market. In countries with the lowest rates of youth unemployment, there’s a close relationship between education and work placement.

The solution: Get the conversation going between colleges and employers. It’s a win-win situation.

4. Poor networks
The phrase “It’s not what you know, but who you know is very relevant in the search for job opportunities. Young people, particularly those from poorly educated households, away from urban centres lack strong networks or social capital that allows them to find jobs.

Then there is the issue of Internet access. Poor literacy and high costs of internet services means that only 34% of South Africans currently access to the internet. Let’s be honest, if you are not on the internet today, you’re disconnected.

Opportunities for those with poor networks, outside of the cities remain uneven and little is being done to level the playing field.

5. Generation Me
On one hand you have millions without the right connections. On the other hand, young people known as Generation Me, with networks and resources entering the labour market with  unrealistically high expectations of the type of work available and the money they’re likely to make.

They’re far more confident, feel far more deserving than previous generations and take time to shop around until they find a job that meets their expectations. But as we know, South Africa is a highly unequal society and for the majority of the youth, time taken to find a job is often a careful consideration of socio-economic factors. For example, a young jobseeker may find themselves balancing the transport costs if living far from work and the loss of financial transfers such as social grants upon taking up employment. Information is key to managing expectations and lowering search time.

The solution: Start somewhere. Start anywhere. There are no shortcuts.

6. Government programs don’t understand our youth
Government, in their attempt to tackle youth unemployment have set up program after program designed to skill and prepare the youth for the labour market. For instance, the National Youth Development Agency (NYDA) offers a number of relevant training programmes, funding for entrepreneurs and job placement programmes. In theory this is exactly what we need. In practise though, few know how the services work and job placement rarely happens. For those youngsters in rural areas, the National Rural Youth Services Corp was set up to narrow the gap with opportunities in the cities, by creating community-led projects. While this program has been able to lure youth into their projects they, realised too late that young people need far more training than what was on offer.

Solution: Stop treating youth as if they are all the same. More research, more results.

7. Successful subsidies?
In an attempt to encourage employers to absorb youth, the Employment Tax Incentive (formerly, the youth wage subsidy) was enforced earlier this year. This essentially gives companies a tax break when they employ someone between 18 and 29 years old. Sounds good? But the reaction to this law has been mixed. The unions seemed mostly concerned about the displacement of old people while others have suggested it may only incentivise employment for the duration of the
subsidy.

The real question however, seems to be whether it will have any impact at all: Will the subsidy actually result in expanding the network of employed youth to those that are less educated and less mobile? There is a sense that it won’t and firms will just employ those that were previously going to be employed anyway whilst enjoying a tax break.

The solution: None yet. This is one we’ll have to watch closely for in the near future.

8. Discouraging the spirit of entrepreneurship
Most emerging markets – Brazil, India, Thailand and Nigeria to name a few – have streets sprawling with young people trying to sell you something. There’s a flourishing spirit of entrepreneurship. South African streets on the other hand, are rather quiet. Recall the Clean Sweep campaign in Jo’burg CBD last year where street traders, young and old, were told to gather their things and leave. This move seemed to oppose employment creation. South Africa’s informal sector is far smaller than other developing countries but could offer a critical source of employment for the young and restless. It’s an opportunity for lower skilled, less experienced young people to have a go at starting a business and being creative. While informal employment may not be the ideal, it certainly beats unemployment.