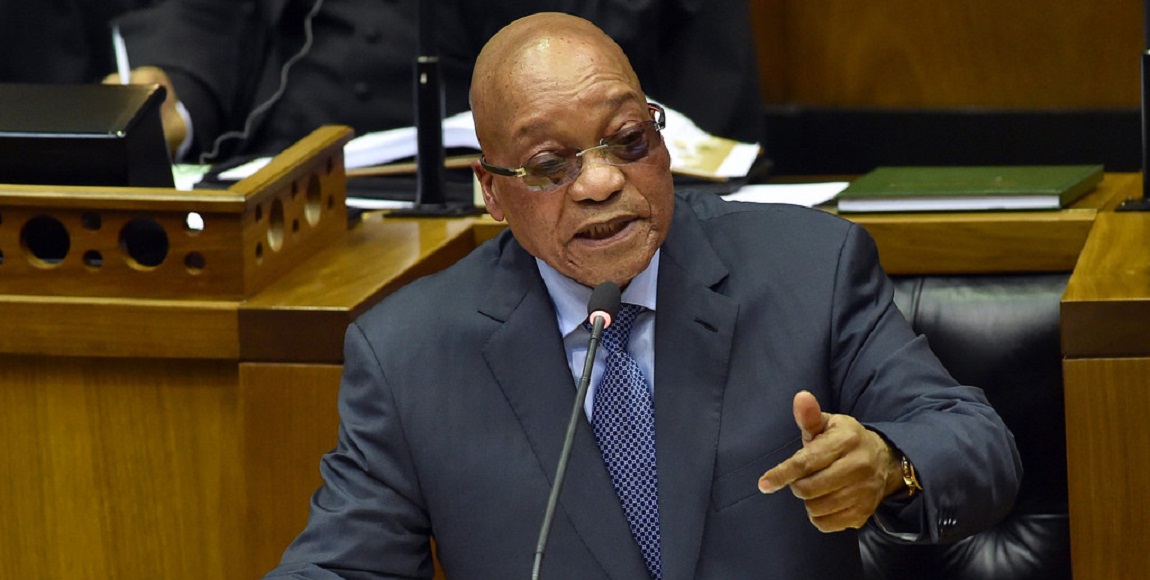 Speaker of the National Assembly, Baleka Mbete, agreed on Monday to hold a secret ballot for Tuesday’s parliamentaryÂ vote of no confidenceÂ in President Jacob Zuma. The Daily Vox spoke to young Joburgers to find out what they think of the secret ballot and the no confidence vote to come. Sizeka Koti, 29, beauty therapist, Berea
I didnâ€™t know there was a vote of no confidence ruling happening today nor do I know what the vote of no confidence is about. But I can take a guess and say it means that we have no confidence in our leader, Mr President and that we want him out, yes? I donâ€™t know whether or not this vote of no confidence thing will happen, because the ANC loves Jacob Zuma and they wonâ€™t let him go. Iâ€™m just trying to imagine the possibility of voting the president out and to be honest, it would not happen. A lot of people are complaining and I also am complaining about the president and the corruption charges against him, but I donâ€™t see it happening. I was asking myself who would take over Jacob Zuma, but I couldnâ€™t think of anyone. Maybe the DA could do better, because these people [ANC] need to be shaken up. Theyâ€™re too comfortable. I wonâ€™t be participating in any shutdown, because I didnâ€™t know about it.

On June 22, the Constitutional Court ruled that, using existing parliamentary rules, Mbete can decide whether the motion of no confidence in Zuma should be an open vote or a secret ballot. Thuba Gumede, 26, salesperson, Cosmo City
Iâ€™ve read a little about it but I donâ€™t know much about it. Itâ€™s about voting Jacob Zuma out, right? I think thatâ€™s a good thing, because Zuma is not doing anything for us. Heâ€™s just chowing the money. I think the vice president [Cyril Ramaphosa] could make a better president than Jacob Zuma. I believe in him, he looks like a straightforward guy. But I feel like we should let the DA run the country now. If we really vote out Jacob Zuma, then this could mean we as a country are taking a step in the right direction, because we need someone who cares about the needs of the country, and not theirs and their personal gain, and I think that would be something really proper.

Over the past few months, more details have emerged concerning the degree to which Zuma, his friends and family have been captured through Gupta-linked corruption schemes as we have seen in the leaked emails between the Gupta family and the president. Jamie-Lee Mulligan,18, student, Roodepoort
I didnâ€™t know anything about Mbete making her decision on the vote of no confidence this afternoon. I donâ€™t know what it is about. Now that I have heard what it is about, I really hope she agrees to it, because things like the Nkandla situation and other corruption charges against him should be enough for her to agree to it. Think about it, the economy will be better and we wouldnâ€™t have e-tolls anymore. But I think she will, because she has also seen what he is doing to the country. Iâ€™m not sure who I want to take over after him, but I think the DA could be given a shot, they seem a bit more promising than the ANC.

Thousands of citizens in Cape Town are expected to march to parliament on Monday afternoon to call for Zuma to be recalled ahead of Mbeteâ€™s decision. Praise Mabaso, 22, online English teacher, Centurion
I would like to see Zuma step down, because he has been causing trouble, but I donâ€™t think Mbete will allow for it to happen. You heard what Jackson Mthembu said a while back, that if they vote him out or if he steps down, we are going to make the opposition parties happy, itâ€™s going to do damage to the party. Even those within the party are scared that they might lose their positions within the party. Itâ€™s kind of discouraging, knowing that these people donâ€™t care for us and only care about the image of the party. I want it to happen so we could get a new leader like Lindiwe Sisulu, because I think she is a woman of integrity, she is respectful and she has a good reputation. But letâ€™s not hold our breaths. Iâ€™m doubtful it will happen.

While some Joburgers anticipate that Mbete will approve a secret ballot vote of no confidence in Zuma, others feel that this will not make any difference in terms of improving the state of the country. Lydia Shakwane, 23, actress, Germiston
I donâ€™t know if Mbete agreeing to the vote of no confidence thing will resolve anything, because I personally think that he is not the only problem. There are so many corrupt people in the ANC that I donâ€™t think voting Zuma out will help resolve anything. I have my reservations about this [vote of no confidence] thing because it is not really targeting the real problem here. Jacob Zuma shouldnâ€™t be voted out of power; as much as he may not be a good leader, he is not the main problem. Besides, he steps down, then who will take over from him, because I donâ€™t anyone else fitting? Whether she [Mbete] approves of the secret ballot vote against him wonâ€™t make a difference to me to be honest.