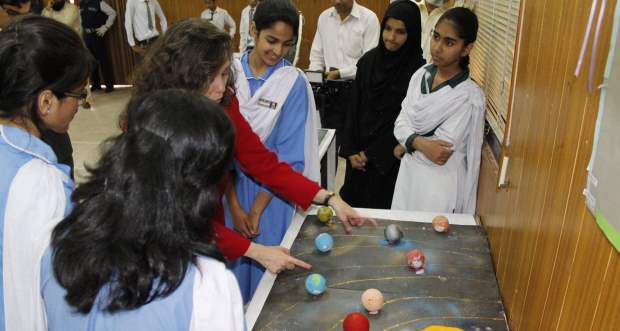 Navigating the male-dominated world of engineering as a woman comes with its own special set of challenges. Some women feel the need to balance softness and strength, while being patronised by men and praised by women.Â QURAISHA DAWOOD wonders whether men would ever be the subject of such treatment.

Chivalry is not dead â€“ at least thatâ€™s what I thought while interviewing a male engineer as part of my doctoral study on how mechatronic engineering is emerging in South Africa. â€œYes, I would love to work with a female engineer, I would love to assist her,â€ he said, beaming. He promptly burst the bubble by adding, â€œI will assist her because she will know niks!â€

And Mr Chivalry, grumpy that he had been resurrected for niks, went back to sleep.

The engineerâ€™s words still sit uneasily with me, even after they have been filed away. I was shocked by his thinking in this supposedly non-sexist democracy. Perhaps I am a little naÃ¯ve, expecting him to have said something less abrasive to me, a woman. My feelings lie between a â€œthank you for your honesty,â€ to urging God to hurl a stiletto heel his way.

But truth be told, he is just one of many who think this way. This phenomenon of women within the male workspace presents a double-edged sword. On the one hand, males may visibly and verbally exclude women, or not take them seriously. On the other, women’s strength may emasculate men, or herald more divisions in the workplace between women.

A case in point regarding the former occurred a few days later in an engineering workshop, where the sparks literally fly. The men tell me nonchalantly, “a woman would not be comfortable here â€“ see, there are sexy pictures on the walls, and we swear a lot.” These symbols and verbalised machismo remain a symbol of male exclusivity; a “No Entry” sign to women, despite efforts by their company to adhere to employment equity.

In another workspace in Port Elizabeth a bright, young Muslim girl is told by an older man on her visit to his automotive factory that she must abandon her “softness”, that she must be “like a man” to work there. Further afield, beyond the Garden Route, a Capetonian employer tells me he would never hire a female engineer because she wouldnâ€™t be able to lift something heavy â€“ what good is her brain in this brawny world?

Her “soft” nature
While the masculine/feminine dynamic is often hotly contested regarding relationships, respect and roles within these spaces, Julie*, a young female engineer, made me consider the sharp edge of the feminisation of predominantly masculine workplaces. She had to endure the distasteful glares and lewd suggestions from all types of men – from line managers to the cogs at the assembly line. Her decisions were constantly doubted and her body often sexualised; Julie has resorted to wearing baggy pants and shirts too large for her frame in order to avoid male attention. Yet male workers on the assembly line still prefer to call on her for assistance due to her “soft” nature, choosing her over their male counterparts.

Attention from women, meanwhile, comes in the form of admiration. Many clerks and receptionists praise her resilience in this battlefield of testosterone, calling her an “inspiration”. When we talk, I note that this immediately differentiates her from â€œordinary womenâ€. She laughingly admits, “Sometimes I do feel like Superwomanâ€¦ with the power to shut down an entire assembly line, or get a huge machine up and running.”

Women like Julie must somehow find the delicate balance between softness and strength, being praised and patronised. One must wonder,Â however, whether a male engineer would be seen as an inspiration or ascribe superpowers to himself while describing his day at work.

Clearly, gender, despite doing the same job as an engineer, dictates whether one is ordinary or super. Not much has changed since Doreen Masseyâ€™s train trip and her subsequent observations â€“ this disparity between men and women continues on many levels. It cunningly weaves itself through the workplace, floats on the aromas from the kitchens to the lounges in our homes. It is reproduced through the way we use our bodies, the pink dresses and blue bowties we make our children wear, and the patriarchal underbelly of our “contemporary” society.

*Not her real name

Quraisha Dawood is a mom, writer, baker, and mosaic maker. she has just completed her PhD at the University of KwaZulu-Natal, which focused on how new professions such as mechatronic engineering emerge in the context of South Africa. She has written for the Sunday Tribune, the Readers Digest, community newspapers and various academic journals.