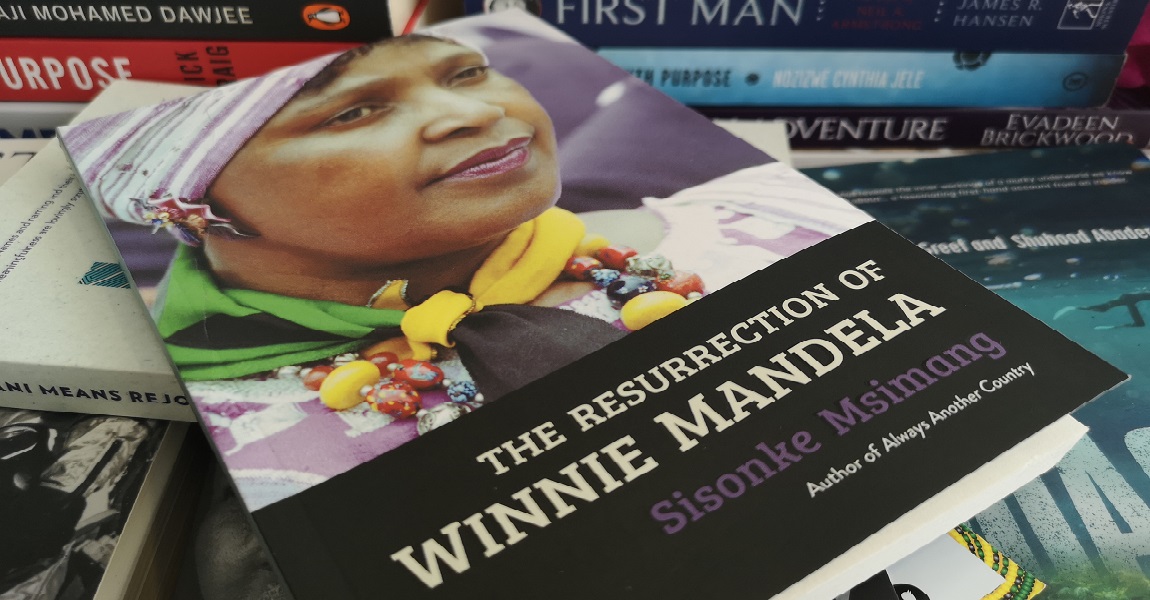 When Mama Winnie Madikizela-Mandela passed away on 2 April this year we, as South Africans, didn’t quite know what to do with her legacy. Opinion was polarised. There were those who wanted Mama Winnie to atone for the dark events that she had a hand in in the 80s. Others had loved and admired up until that point where they believed she had lost her way. Then there was the youth who were determined to uphold her as a hero of the apartheid struggle who never sold out.

It is from the juncture that writer and social commentator Sisonke Msimang writes her book The Resurrection of Winnie Mandela. Msimang takes on the mammoth task of writing Winnie Nomzamo Zanyiwe Madikizela-Mandela into 173 pages. And she does so it a way that is agonisingly beautiful.

In the pages of the book, Mama Winnie is alive. She is radical, defiant, beautiful, glamorous. She is lonely, stubborn, angry, struggling.

Msimang takes readers on journey through history stopping in Mbizana, Soweto, Brandfort – all the places and events that have been pivotal in understanding the enigma wrapped around Mama Winnie. These chapters colour in the context that Mama Winnie and her politics were birthed from and allow us to better unravel who she was and why she made the decisions that defined her.

There is no doubt about the unwavering commitment that Mama Winnie had to the liberation struggle. The books shows this. She was committed to her politics and to her sense of justice, and remained committed until she was laid to rest, perhaps at the expense of her legacy.

Msimang’s book undertakes two important projects. The first is to undo the patriarchal smear on her name.

As a woman history judged her far more harshly than it did her male comrades. Like her male comrades she followed the instructions to render South Africa ungovernable, to respond to violence with more violence. But unlike her male comrades these actions tarnished her reputation. Her saga with Stompie and the Mandela United Football Club remains a stain on the great name of Winnie Madikizela-Mandela.

At the same time, Msimang sets out to present Mama Winnie with the complexity that she deserves. As human beings we are multitudes: we are complex. But too often women are forced to exist in binaries: saint or sinner, Madonna or whore, warrior or witch.

Like her male peers, Winnie Madikizela-Mandela should be afforded the the right to be understood in the complexity of her identity: as medical social worker, wife, activist, soldier on the ground, mother, leader of the struggle. She should be able to be good and bad, to seek justice and have committed injustice, to be unwavering in the call for freedom. Mama Winnie was never publicly sorry for her transgressions, and her spirit of defiance continues to live on. Msimang asks what it means to hold Mama Winnie accountable for her hand in the disappearance of these boys. She is critical of Mama Winnie’s involvement, and she questions what it means to live in a society that has a long way to go in terms of nation-building.

The youth looks up at Mama Winnie on her pedestal where she watches over a South Africa that is not yet free. It is true that apartheid is something the youth know only from the pages of books like these, but it is also true that the youth of South Africa know very well what it means to live in a land where you are chained by your economic circumstances. The youth of South Africa knows very well the failures of the Truth and Reconciliation Commission (TRC). This is the very same TRC that Mama Winnie scoffed at.

We see its failure in the Vicki Mombergs and Penny Sparrows and the murders of black boys in the farms of Coligny. We see it with protests like Fees Must Fall and the various land and service delivery protests that run in a never ending stream in this “free” South Africa.

And it is to this generation that Mama Winnie is a hero. But as Msimang writes, Winnie Madikizela-Mandela was far from perfect.

The truth of what happened to those boys will always elude us. Justice for those boys – and all of apartheid’s victims – still eludes us.

We will never know all there is to know about Mama Winnie, exactly what she went through and why she made the decisions that she did. But perhaps we can find glimmers of truth in the pages of The Resurrection of Winnie Mandela.

The Resurrection of Winnie Mandela is published by Jonathan Ball Publishers. The book is widely available at all major bookstores and online.