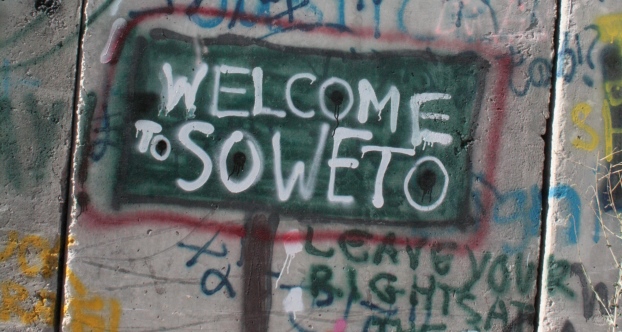 Human rights activists attest to the similarities between apartheid South Africa and the conditions in which Palestinians live under Israeli occupation. Meanwhile, peace-negotiators often propose the South African transition as a model for solving this Middle East issue. But is it really the way to go? Political analyst AYESHA KAJEE explores.

Gaza and the West Bank resemble and even surpass apartheid Bantustans, separated from Israeli settlements by walls, separate roads and “parallel services”, which are neither equitable nor just.

Importantly though, while Black South Africans were deprived of civil and political rights, they were essential as cheap, exploitable labour in the apartheid economy; especially for mining and agriculture. Zionism, by contrast, imported droves of Jewish immigrants to Palestine and fundamentally changed regional demographics. Palestinians were increasingly unwelcome, even in menial positions, with foreigners being preferred.

A 2007 editorial in Haaretz underlines this:

â€¦the de facto separation between Palestinians and Israelis resembles political apartheid more than it does an occupation. One side â€” determined by national, not geographic association â€” includes people who have the right to choose and the freedom to move, and a growing economy. On the other side are people cut off by the walls surrounding their communities, who have no right to vote, lack freedom of movement, and are not free to plan their future. The economic gap is only getting wider, with the Palestinians watching wistfully as Israel imports laborers from China and Romania. Fear of terrorist attacks has transformed the Palestinian laborer into an undesirable.

Continued expansion of Israeli settlements in contravention of international law, ongoing Judaization of Arab areas within Israel, and Netanyahuâ€™s demands that Israelâ€™s “Jewishness” be recognised constitute a major obstacle to peace efforts.

Added to this are the so-called “terror attacks” on Israel by Hamas and others (not dissimilar to ANC guerrilla attacks in South Africa), and intransigence on both sides regarding the Palestinian “right of return”.

Factor in arguments for and against a one- or two-state solution, and in the former case, a unitary or bi-national state, and the chances of reaching consensus appear well-near insurmountable.

Truth and reconciliation processes
In the late 1990s, Edward Said called on Palestinian and Israeli intellectuals to engage in dialogue to create a “Historical Truth and Political Justice Committee” as a precursor to CODESA-style negotiations and ultimately, a Truth and Reconciliation Commission (TRC) Â modelled on South Africaâ€™s transition. Currently, in Israel-Palestine there is neither the strong civil society nor the political will and depth of leadership to countenance the self-scrutiny that a TRC would necessitate.

In opting for a solution between blanket amnesty and prosecution of apartheid crimes, the South African TRC granted amnesty in exchange for voluntary and full disclosure, but its recommendations were not legally enforceable. Thus, adequate compensation was never made, and many perpetrators never confessed, and walked free. The result is a society still dominated by white privilege and an abiding, intergenerational sense of injustice among black people, currently manifesting in the student and worker protests. Any attempt at replicating a TRC-type process must bear these shortcomings in mind.

Regional and international factors
Another common element is American support for both apartheid South Africa and Israel. Former US President Ronald Reaganâ€™s support of apartheid bolstered it despite widespread condemnation from elsewhere; when the US withdrew its protection, apartheid fell. Similarly, US support and succour prop up the Israeli state. While South Africaâ€™s liberation movements enjoyed concerted assistance from independent neighbours like Tanzania, Zambia and Mozambique, active regional support (beyond rhetoric) for the Palestinian cause has decreased in most Arab states since the Nasser era. Where it has resurfaced, e.g. in Egypt under Morsi, a change of regime has been engineered, or, as in the case of Turkey and Iran, the US and Israel have moved to diminish military and economic capacity in order to retain Israelâ€™s hegemony in the region. Palestinians themselves have become so disenchanted by repeated betrayals that they too, appear sceptical about the prospects for renewed regional support, at least through official channels.

A unified front
Apartheid South Africa experienced popular mass uprisings, student boycotts, and labour strikes that crippled the economy, coordinated by the United Democratic Front (UDF), comprised of unionists and supporters of the banned movements. Then there was the armed struggle, often waged from the neighbouring frontline states. And lastly, there was a concerted international campaign to discredit, boycott and sanction the apartheid state.

With the exception of the growing BDS movement internationally, Palestinian liberation movements have been plagued by a lack of unity, shrewdly fostered by Israel and her allies; in conjunction with ruthless targeted assassinations of Palestinian leaders under the guise of “eradicating terrorism”.

Analysts offer diverse reasons for the fragmentation and paralysis of different Palestinian groups, not least of which is exhaustion from unrelenting attacks in both Gaza and the West Bank.

Nonetheless, this inability to build and sustain a unified Palestinian movement with widespread trust among Palestinians in the occupied territories and the diaspora, is arguably the biggest obstacle to framing a transition towards peace in Israel-Palestine.

Ayesha Kajee is a human rights activist and political analyst with a special focus on African governance and development. She tracks elections and democratic consolidation in the region.