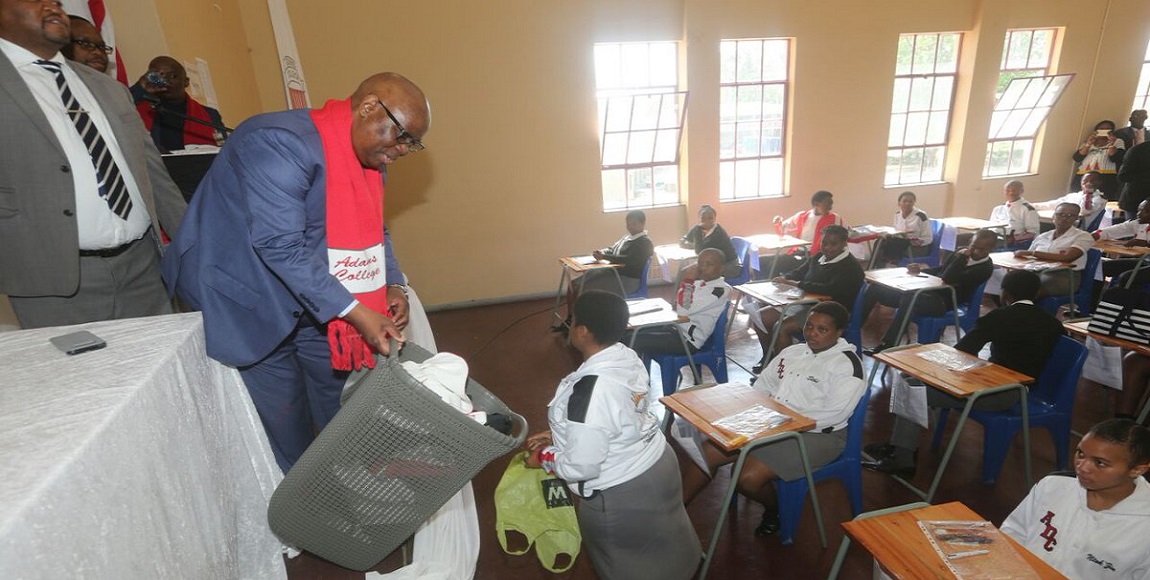 Matric learners are recognising the financial constraints amongst their peers and are selflessly donating their schooling belongings to relieve this. The last of the matrics completed their final exams this week, and donated their school uniform and shoes – ending their school careers on a positive note. Social media was flooded with pictures of empty exam halls and corridors with donated school uniforms and shoes.

Randfontein High in Johannesburg is one of the schools where learners donated their school belongings.

Matrics at @RandfonteinHigh after completing their final exam left their shoes behind to be donated as a sign of their gratitude. In the midst of ALL the Trials and Tribulations I have hope in Humanity. #leadership pic.twitter.com/YkgILdIXxx

Deputy principal Jason Fisher told the Daily Vox the initiative started in 2016. Last year, Randfontein learners donated their shoes, school uniforms, textbooks and stationery to the school. This year, learners also carried on with the practice but added study guides and support material. â€œIt was optional [to donate] but we were surprised to find that every single one of them did,â€ Fisher said.

Once collected, the uniforms are cleaned and put in a wardrobe. The other items are also stored. The school distributes the items internally, Fisher said. Children are identified and all donations are done anonymously and discreetly. This is important because, â€œteenagers are very conscious of stigma,â€ Fisher said. Sometimes old learners also donate brand new school shoes, Fisher said.

At other schools, Fisher said learners write on shirts and cut them up, but at Randfontein, they do the opposite. â€œItâ€™s a nice way of leaving the school,â€ Fisher told The Daily Vox.

Parents face tremendous expenses to keep their children in school. Besides tuition fees, stationery, textbooks and extracurricular activities parents are expected to fork out money for both summer and winter school uniform and school shoes.

These donations go a long way into sponsoring learners whose parents are battling with the costs.

But Randfontein wasnâ€™t the only school doing the good deeds. Eersterivier Secondary School in Cape Town also left their school shoes and uniforms for learners who needed them.

Durban Girls High School in Umlazi and Adams College in Amanzimtoti presented its school uniform, shoes and old textbooks for next yearâ€™s learners as well.

HoD presided over the uniform handing over by matrics at Durban Girls High, Glenwood under Umlazi District. pic.twitter.com/GhPQL3PDo8

The HoD at Adams college to administer the uniform handing over by matrics. pic.twitter.com/nIHbNGFVwt

These are four of many schools in South Africa who do the good work of donating their uniforms, but it must not go acknowledged. Weâ€™re so proud of our matric learners!

Really proud of the matrics leaving their uniform for the next group of matrics.
In my year, it was cool to write love messages on it ðŸ™ƒ