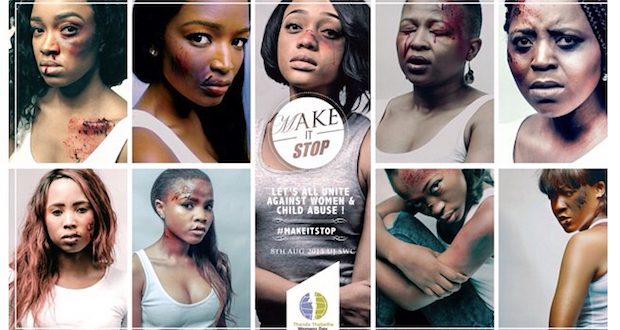 Television personalityÂ Dineo Moeketsi posted on her Facebook page in support of the campaign, saying “We must make our people stop to help and not turn a blind eye claiming it is none of their business. We must empower our sisters by offering protection in every way possible.” The responses her post elicited were chilling – and powerful in the solidarity they showed.

Ruth Majola descriped how her ex-husband, a police officer, beat her when her daughter was just three weeks old. “He pointed a gun at me in d public two angels from now where save my life . I still have nightmares [sic],” she wrote.

Mabongi Mthombeni said she was in an abusive relationship and didn’t want people to know she was being physically and verbally abused. “I thought no one would ever believe me because around people he was the most sweetest guy ever but behind closed doors he was this monster I was terrified of,” she wrote.

Still, the campaign is not free of criticism. Cheryl Hlabane said that “without taking [away] the integrity of the message I really wish the faces of real abused women were used. I wish their true stories were told so they can heal others.”

Cheryl makes a good point but even so, this campaign is miles ahead of the usual drivel dished out during Women’s Month.