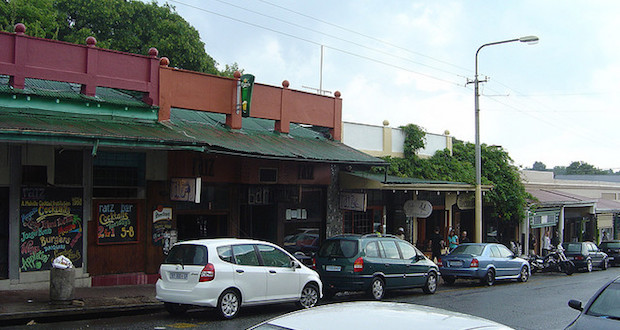 For the next six weeks, GOOLAM SAYNEDS takes you on a tour of Joburg. Hipsters and cynics, beware – Goolam is coming for you.

Melville, the small suburb west of the city of Joburg, reminds me of Cape Town. Take 7th Street Melville, for instance, with all its restaurants and cafes, and drugs; it has a very Long Street feel to it. Unfortunately it doesn’t share the laid-back by day, party by night vibe of Long Street but it has similar dynamics.

Locals with a fortunate lifestyle come here on sultry weekday evenings, students come to celebrate the marginally reduced prices of student-night drinks, and a large variety of tourists come to do whatever it is that tourists do – snap pictures of random things on the street and eat at the places about which locals know better.

In some ways, Melville – with it’s dinky traffic circles and church steeples – is just another one of Joburgâ€™s beautifully, quiet suburbs.

There are a few B&B’s in the area so I can safely assume that the foreign accents I hear are backpackers on holiday rather expats. (Which European would want to move to Melville? That would be ridiculous.)

But Melville is intriguing for other reasons; among these is the level of inequality on display in the area.

I’ve never seen so many homeless folk living in such close proximity to middle class yuppies. Getting an expensive lunch here must be soul destroying. The guilt must be crippling. No wonder everyone here is on drugs here. (In that way, I hear its similar to San Francisco, which also smells like weed and wee, or so I’ve been told.)

We are told Melville is Bohemian. I’m go there occasionally for Monday night comedy, and if that’s Bohemian for you, then great!

I can’t say I’ve seen much of an alternative lifestyle in Melville but there sure is a touch of Madiba Magic when it’s comes to integration in the suburb. Melville features a blend of religions, races and cultures. There’s no lingering apartheid here – just rampant capitalism. Some facts about Melville:
Population: 4,000 (est.)
Location: 5km from Braamfontein, making it close to universities and the city centre
Nearby attractions: The historic district of Sophiatown, Melville Koppies Nature Reserve

Goolam Sayneds is a student at Wits. His interests include comedy as an art of social commentary, politics and the media. Follow him on Twitter.
– Featured image by Gary Bembridge on Flickr