Home The Arts Strike a Rock: How women are leading the community in Marikana
WhatsApp
Facebook
Twitter
Email
Print 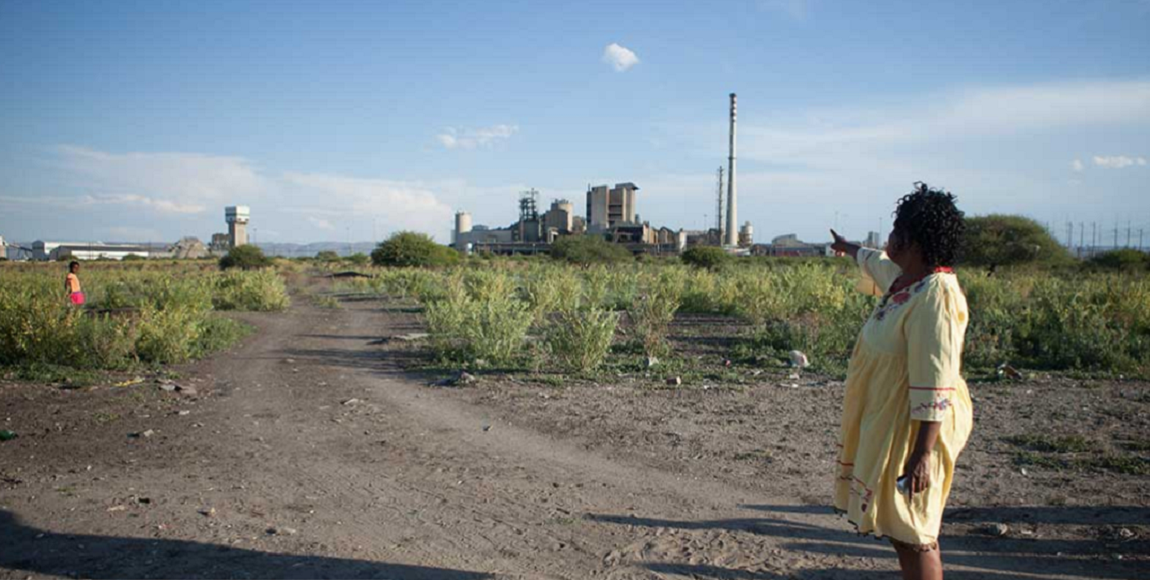 The women of Marikana have to fight daily to exist in their society where they face a barrage of issues.

A documentary called Strike a Rock highlights these problems through the eyes of two community leaders Thumeka and Primrose and how Thumeka deals without Primrose when she becomes an EFF MP.

The story shifts between issues women face like rape, lack of access to basic services, and dealing with the loss of mineworkers from the community.

We spoke to the filmmaker, Aliki Saragas about the film and capturing the intersectional issues faced by these women.

Why did you want to focus on the women of Marikana?

The realities of the devastation of the Marikana massacre that took place on 16 August 2012 are widely known and have been criticised globally. But there are voices that have yet to be heard. Voices from the strong women leaders and the community that surrounds the mine have seemingly been erased from the narrative. Despite the international attention, inquiry and mass activism that followed the massacre, living conditions for the Marikana community have worsened. There has been no accountability.

The film aims to reinsert the women’s voices into the narrative of Marikana, as it appeared that dominant media had erased their voices from the discourse. But this was an incredible group of women doing the most empowered and empowering work, so it was important for me to put their voices on the world stage.

What is the thought process behind telling their stories with a feminist lens and not just portrayed as victims?

My aim was to weave together the perspectives of the women using a sensitive, unobtrusive and intimate camera. The film takes the viewer on a journey through trauma, history, loss, memory, friendship, and the fear of being further forgotten as Thumeka and Primrose survive each day. At the same time we are confronted with a very real obstruction of justice and lack of accountability on the side of Lonmin, who seemingly shirk their legal obligations to the community, and the South African government, who neglect to ensure that the required socio-economic development takes place. In this context, the personal becomes the political and that is where the impact of the film lies.

The women themselves are victimised by the system but they are not victims; they are active agents in their lives fighting for justice and for accountability. I just wanted to film to spotlight the activism they were already doing.

Did you find it difficult putting their intersectional issues together into one film?

Because it took almost four years to make the film, there was a lot that I filmed that I hoped would make it in the film that we weren’t able to include. However, I think we struck a balance within telling a beautiful personal story of friendship, love, sisterhood and sacrifice as well as the very real work that the women are doing to try and improve their lives.

What was the audience you had in mind while making this film?

After almost four years of creating this documentary the journey is only really beginning now, as we use the film to build on a movement focusing on extractive practices and their socio-economic and environmental impacts in South Africa and Southern Africa regionally. We hope the film will be a powerful tool in Sikhala Sonke’s struggle against poverty, while inspiring other women across the world who are taking a stand against oppression.

With that in mind the audience was always a combination of activists and artists – artivists – NGO types, civil society, feminists, lawyers, cinema lovers and of course policy makers.

What did you want to include in the film that you didn’t get a chance to?

There are two stories I wanted to include in the film that I didn’t have space to. One was the story of Seipati Mmekwa, a woman from the community who used her husband’s pension money to feed over a thousand people a day during the platinum belt strike of 2014. She was always so inspiring and I have a very soft spot for her.

The other was a play that the women of Sikhala Sonke perform of the Marikana massacre, in which they play the part of the women, the miners, the widows and the police. It’s a beautiful play and explores gender in an interesting way as they perform out all these roles which in turn gave them agency to tell their story.