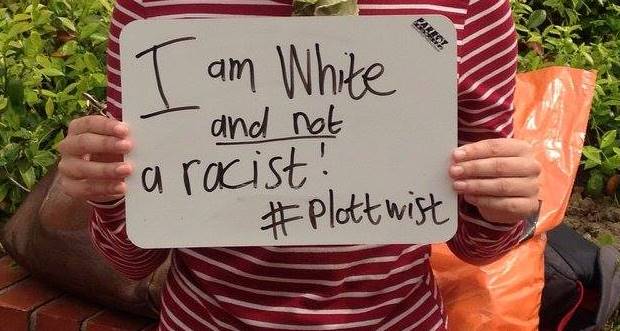 Activist, KOKETSO MOETI, describes how black people’s daily experiences of racism aren’t just in the outward expressions and name-calling, but in daily language and actions which enforce “subtle racism”. Language does matter, and there are no “better” ways to be a racist.

Over the last few months, I have had conflicts with staff at three organisations using racist language to describe protests and protestors. From invoking colonial memes about black people organising and apartheid’s invocation of “swart gevaar” to unnecessarily alarmist descriptions of the wide range of responses we have noted in communities over the last years. Language often not used to describe their own mass actions.

While my reaction to these uses of language have been undermined by the false idea that
“it’s only language and doesn’t matter”, these reactions are rooted in an understanding that the majority of black people’s experiences of racism are not about being called a “k****r” or a “monkey”. Our experiences are in the everyday interactions, whether in language or action, which are not entirely separate things.

In the US, we saw how words are used to reinforce negative stereotypes about black people, in how the language used to describe protests changes depending on the skin colour of those taking mass action and how mass killings by white shooters are not referred to as “terrorism”.

While it may seem like a minor thing, the reinforcement of these stereotypes contributes to how protests are responded to and how black protestors are easily criminalised and responded to with brutal force, because a perception of threat is always conjured by black organising.

So I am always slightly amused when these colleagues speak out against the Penny Sparrows and Matthew Theunissens of this world, performing an anti-racism that ignores their own everyday racism, which some would call “casual racism”.

For me, there’s nothing casual about racism, so it’s a phrase I deliberately choose to not use. And I point this distinction out to show just how the use of language can reinforce ideas that there are “better” ways to be racist, when in actual reality both subtle and explicit racism contribute to the maintenance of an oppressive system.

And in that is the power of language, its ability to reinforce oppressive power dynamics or make light of oppression and entrench harmful racist behaviours. Sociologist Pierre Bordieu argued that language is not only a means of communication, but also a medium of power through which individuals pursue their interests. His work explored how “linguistic exchanges are relations of power”, meaning language can be used to both produce and reproduce structures of domination. This is particularly notable in South Africa, considering the country’s socio-historical context of racial oppression.

And because the perpetrators don’t use explicitly racist language, those that do become the evidence that they (subtle racists) aren’t racist and they are not like “those” white people. So the subtle racists are allowed to get away with it. And in this process also marginalising black people’s experiences of racism as invalid, as the imaginations of an “aggressive”, “dangerous”, “divisive” and “dangerous” black.

Yes, in one of the conflicts, a whole executive director of an organisation invoked every tired trope to dismiss my reaction to their choice of language in a meeting. The kind of knee-jerk responses of “whites who acknowledge their privilege” and would never use words like k****r or monkey”, but still ensure that white superiority is protected and well-defended.

So instead of jumping on an “anti-racist” bandwagon at the first sign of explicit racism, I suggest that whites like my colleagues instead step back and use it as an opportunity to try and understand how, on a daily basis, they unconsciously do the same thing.

They should reflect on how performing anti-racism at any sign of explicit racism actually does nothing, when in their everyday lives they are keeping the machinery of racial oppression well-oiled.