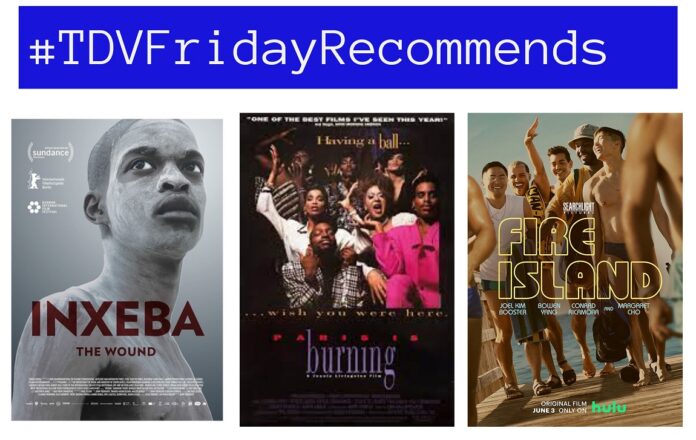 Not only does June mark Youth Month in South Africa, it is also recognised globally as Pride Month. June marks the anniversary of the Stonewall Riots in 1969, a landmark event in advocacy for LGBTQIA+ rights. In honour of Pride Month, this week’s installation of #TDVFridayRecommends focuses on queer films that you can watch.

Welcome to a new series on The Daily Vox: #TDVFridayRecommends. It’s the Friday Recommends series. Every Friday, we are going to be sharing something we would like to recommend to our readers. This could be a book, movie, restaurant or even an event.

Inxeba is a South African film that garnered much controversy upon its release. Many expressed their discontent at the film’s exploration of queerness and homophobia within the Xhosa initiation ritual ulwaluko. People claimed their outrage was due to the film exposing the secrets of the initiation – which it does not – but it seemed this was a thinly veiled guise for their homophobia. Nonetheless, the film should not only be remembered for its controversy but because it is exemplary storytelling that speaks to the hardships of the queer experience in South Africa. It follows the story of Xolani and Vija’s forbidden love which is threatened by the arrival of Kwanda – a city-dwelling initiate who is not content with the homophobic and hypermasculine nature of his culture.

Inxeba is available to stream on Showmax.

Drag and ballroom seem to be increasing in global popularity especially with shows like RuPaul’s Drag Race and Legendary becoming the flagship shows for each form respectively. If you have even a vague interest in drag or ballroom, Paris is Burning is a quintessential watch. This documentary follows the ballroom scene in New York from the mid-to-late 80s and has become one of the most important documentaries about the subculture. It is a multifaceted film that dives into the complexities of class and race within this scene. It also features footage of the legendary drag queens and ballroom dancers such as Willi Ninja and Pepper LaBeija.

Paris Is Burning is available to watch on Netflix.

It is so rare to find a queer narrative that does not end in pain or tragedy, which is why Fire Island is such a breath of fresh air. The film is a modern retelling of Pride & Prejudice, focusing on the micro dynamics of the queer community on Fire Island in New York. With two Asian-American leads – Bowen Yang and Joel-Kim Booster – the film is not only unique in its lack of tragedy but in its diversity. It is a fun and feel-good film that will no doubt become a comfort classic in the future and will hopefully be at the forefront of the romcom renaissance.

Fire Island is available to watch on Disney+.