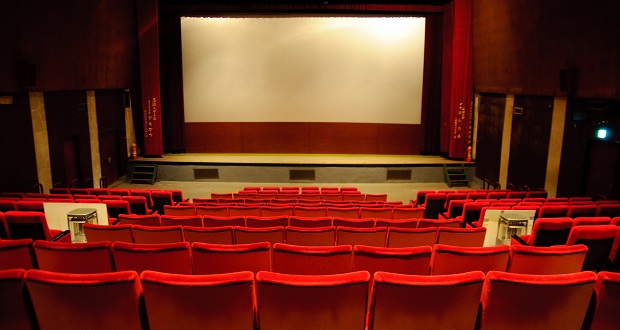 2016 was a great year for movies, weâ€™ve had Deadpool, Finding Dory, The Jungle Book, Moana, Rogue One, Kubo and the Two Strings – I could go on. But 2017 is also looking to give us some great movies, so hereâ€™s our roundup of what movies you should watch.

After waiting patiently for over two years, Guardians of the Galaxy Vol. 2 is finally coming out next year on May 5th. When the first movie came out most of us enjoyed the hilarious misadventures of this space gang who ended up saving the day.

From the trailer, it looks like weâ€™re going to get the same type of comedic banter, wisecracks and shenanigans that we saw in the first film. Also, two words – BABY GROOT.

I know that most of us havenâ€™t been too happy with the latest DC movies, but just bear with me on this one. First of all this is the FIRST movie to have EVER have been made just about Wonder Woman. Considering that weâ€™ve had about 14 Batman and about 10 Superman films, itâ€™s about damn time.

The movie is based on her origins story where she defies her mother, the queen, and leaves her homeland Themyscira to help end WWI. Expect to see her kick some serious butt, deflecting bullets with her gauntlets and using her Lasso of Truth on the bad guys.

3. Beauty and the Beast

If youâ€™re a 90s kid then you definitely grew up watching Disney movies like Beauty and the Beast. In 2017 weâ€™re getting a live action version of the tale thatâ€™s, well, as old as time. When the trailer released it set a record of having the most views – 127.6 million! – in its first 24 hours.

And who can blame those eager viewers as everything from the castle and the classic yellow dress to the music is almost exactly the same as the original film. Those of you who want to get nostalgic, this is definitely a movie to watch when itâ€™s released on the 17th of March.

You canâ€™t deny it, Star Wars: The Force Awakens was pretty great. It was definitely better than Episodes I-III, but letâ€™s not speak about those. The next instalment to come up in the saga is Episode VIII (8). The trailer doesnâ€™t disclose much with the storyline but we do see a lot of Kylo Ren, epic battles in space, lightsaber fights and of course Poe Dameron (who is not dead) doing his thing.

If itâ€™s as good as Force Awakens then Iâ€™m not complaining. The movie will be released on the 15th of December.

This South African film, based on the book Whiplash, follows the story of a Muizenberg sex worker named Tess who falls pregnant. It looks like a pretty intense drama, but with some good acting. The movie is in Afrikaans with English subtitles and will be released in February next year.

The film was screened at the Durban International Film Festival and won awards for Best Editing and Best Actress. It has also been submitted to the Oscars Foreign Film category, so weâ€™re holding thumbs!

As I said before, most people arenâ€™t happy with what DC has been putting out lately. But putting that aside, one of the big movies to come out next year is Justice League. This one looks to be a lot more light-hearted than previous DC films.

Ezra Miller (The Flash) definitely brings more comedy to the movie. Another face you would recognise is Jason Momoa, better known as Khal Drogo of Â Game of Thrones, who plays Aquaman. In the trailer, Batfleck (Ben Affleckâ€™s Batman) tries to put a team together to save the world. Putting all prejudices aside, it looks like a fun movie.

Another remake that you can look forward to this year is Baywatch. What some of you born after the 90s may not know is that this was originally a TV show which followed a group of lifeguards who patrolled California’s beaches. It’s the show that made Pamela Anderson famous. But now the Baywatch is back in the form of a movie starring The Rock, aka Dwayne Johnson, Zac Efron and Priyanka Chopra.

From the trailer this looks your usual action comedy, with The Rock and Zac having some great comedic moments together. For fans of the series, youâ€™ll be happy to know the movie will have have no lack of slow motion running in bright red swimsuits.

Following the likes of Lord of the Rings, another one the biggest fantasy book series has finally been made into a movie. The Dark Tower, a fantasy, western and horror story, is a series of books written by Stephen King. Without revealing too much the movie follows an 11-year-old boy called Jake Chambers who lands up in another dimension.

There he encounters a lone gunslinger knight Roland Deschain (Idris Elba) who is on a quest to reach the Dark Tower. If nothing else, at least go for Idris Elba because you know heâ€™s gonna slay the role. The movie is set to be released in February.

It looks like 2017 will be the year of the remakes. Like Baywatch, Power Rangers is based on a TV series from back in the 90s where a group of friends discover they can transform into uniformed superheroes and try to save the world from aliens. The show has about 24 seasons and already has two films.

In the new movieâ€™s trailer, it shows a group of â€œtroubledâ€ teenagers who discover that they have powers and that the world is under threat by Rita Repulsa (who is the one of the bad guys from the TV series). It looks like your typical Power Rangers story, but the rangers themselves get a shiny new look. It may be worth a watch just to see what they do differently.

Masamune Shirowâ€™s Ghost in The Shell is a classic. Having first emerged as a manga series in the 1980s, this story has also been made into an animated series and movie – but this is the first time that it has its own live action movie.

Like in the manga, the new film takes place in mid 21st century Japan. Itâ€™s about Major Motoko Kusanagi, a cyborg, who heads up the organisation Public Security Section. Made up of former military officers and police detectives, they run counter-terrorism operations and spend their time fighting cyber criminals and hackers.

Not that we donâ€™t have our reservations about Scarlett Johansson being cast as the Major, since the character is clearly supposed to be Asian. You canâ€™t deny that this is definitely a movie that will be worth watching, and it will be released on the 29th of March.

Why is Scarlett Johansson in Ghost in the Shell?