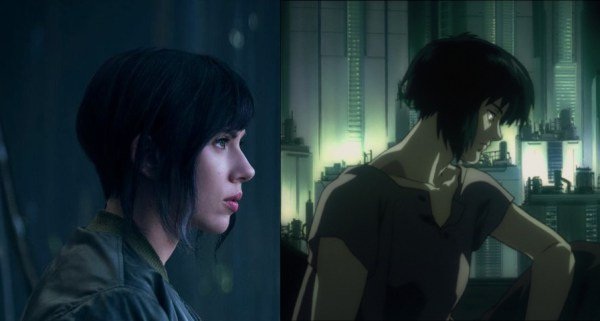 Hollywood is known for its habit of whitewashing characters that were never supposed to be white. The hashtag #OscarsSoWhite brought attention to the issue around race when all of the 2016 Oscar nominees were white. The latest example is with casting Scarlett Johansson as a Japanese character in the live-action adaptation of Ghost in The Shell. DANA DA SILVA rounds up the controversy around the casting choice and why they shouldâ€™ve cast an Asian actress.

ScarJo is a pretty good actress. Her stints in Lucy and as Black Window in the Avengers proved that she is a capable action star. But the role that we werenâ€™t expecting to see her in (and that we didnâ€™t really want to see her in) was as Major Motoko Kusanagi in the 2017 live-action adaptation of the anime classic Ghost in the Shell.

For all of you who donâ€™t know what it is (which you should because itâ€™s a classic), Ghost in the Shell is a manga (comic) which spawned an animated movie and series. The manga was originally released in 1989 and the first animated movie that was made from the manga came out in 1995.

The story is set in 21st century Japan and follows the members of a special-operations task-force called Public Security Section 9. Major Motoko Kusanagi is a cyborg leading the elite police task force. She is badass, powerful, super smart and is well known for her hacking skills.

Knowing ScarJoâ€™s past work she could probably pull off a character like Major Motoko. But this isnâ€™t a question of whether or not she has the goods to do a great Major. Being a badass character, that can kick butt, is just one part of Majorâ€™s character.

There are many Asian actresses who couldâ€™ve easily pulled off Majorâ€™s badassery.Â Rinko Kikuchi (Pacific Rim), Chiaki Kuriyama (Kill Bill: Volume 1) and Karen Fukuhara (Suicide Squad) are a few of my personal favourites. In fact, two Asian actresses themselves, Ming-Na Wen and Constance Wu, protested the casting of Johansson in the role.

My issue is that the character is clearly supposed to be Japanese, as the story itself is based in 21st century Japan. Last time I checked, ScarJo wasnâ€™t Japanese. When you look at the manga it engages largely with themes that Japan was facing in the 1980s.The manga was released in an era where Japan was considered the world leader in technology. The manga, animated movie, and series play off of these tech themes.

Comic book writer Jon Tsuei argues, in a series of tweets, that Ghost in a Shell is also an intrinsically Japanese story.

Everything hot in that era came out of Japan. Cars, video games, walkmans, all of that. Japan was setting a standard.

And as a country that was unable to defend themselves, but was a world leader in tech, it created a relationship to tech that is unique.

This casting is not only the erasure of Asian faces but a removal of the story from its core themes.

The fact is that it is a work of science fiction that is clearly Japanese, and to Westernise it would take away from the story.

In the face of all this backlash Paramount tried to use CGI to make ScarJo look more Asian just to quell the backlash. What the hell?! If they want to make her look more Asian, then why didnâ€™t they cast an Asian actress for the role in the first place? Luckily, the idea was scrapped before they could make any real changes.

This is just another example of Hollywood trying to whitewash everything, plain and simple. Even in 2015, we had saw it in movies such as Exodus: Gods and Kings, where the cast was supposed to be Egyptian, and in Pan, where a white actress was cast as Tiger Lily, a well-known Native American character.

Others have also come out in criticism, pointing out that this is whitewashing.

Were all these women busy?? Were they contacted, Paramount? They’ve all acted in a superhero and/or SFF property. pic.twitter.com/YeHLbvIRJs

Nothing against Scarlett Johansson. In fact, I’m a big fan. But everything against this Whitewashing of Asian role.ðŸ˜’ https://t.co/VS6r6iish9

Basically, Paramount is trying to bank on Johansson’s action star status being the main the reason why so many people will go watch the movie. With the backlash that the producers have received, maybe it’s time that Hollywood stops worrying about bringing in the money and starts focusing on telling the story instead? At this rate, it feels like too much to ask.