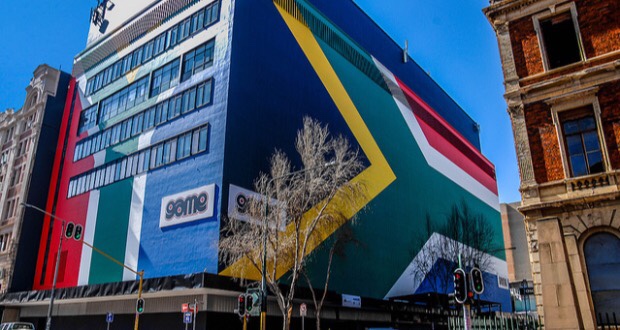 Spring is in full swing – and so is allergy season – and #FeesMustFall is back, dominating headlines and staying something that everyone you meet will have a very strong opinion on. But there’s other stuff that’s been happening this past month too – including some really heartwarming stuff. Here’s the September edition of ten reasons why South Africa doesn’t suck right now.

1. The elderly couple who donated accommodation to needy UWC students

Mr Solly Nagdee and his wife Khairu, an elderly Cape couple, donated a block of 30 two-bedroom flats to the University of the Western Cape to help to address some of the accommodation issues that many students at the institution face.

â€œWe are aware of the struggles the University of the Western Cape and students face. Too many students de-register because they cannot afford the cost of accommodation and transport. As business people since 1963 in Bellville South, this is where we successfully traded and we cannot turn a blind eye to the needs of our community,â€ said Nagdee.

Big up to Solly and Khairu Nagdee, who gave the block of 30, two-bedroom flats to the #UWC – 120 beds #feesmustfall https://t.co/qQIuO6Nqex

The feels. All of them.

After years of being part of wild animal circus shows in South America, lion family Leo, his mate Muneca, and daughters Africa and Kiara have been reunited with one another and brought back to South Africa. Although they were saved in May, they had to undergo rehabilitation and other treatment, and are unable to live in the wild. But they’ve been brought back together and now live together at the Emoya Big Cat Sanctuary.

They do need help though – and if you’re willing to donate, you can do so here.

Rescued against all the odds this family of lions are a pride once again https://t.co/J3UE85KEYZ pic.twitter.com/jcFndAZI0f

Okay, it’s over, but it’s really nice that it happened. The annual SANParks week, which ran 12-16 September this year, gave South Africans free access to most of South Africa’s 21 national parks – with around 62, 000 people taking advantage this year. It’s a really great initiative to get South Africans interested in the beauty and diversity of our fauna and flora – and remind us of the importance of conservation. Definitely something to keep diarised for next year!

4. The police officer who chased hijackers down on foot

Andrew Maren was super grateful that Officer Malambolo from the Norwood police station was nearby when hijackers tried to target him this month. In a Facebook post, he detailed how the officer chased the suspects down – on foot – to apprehend them. It’s great to see the lengths that some of the people who are entrusted to protect us will go to. Team SA really shone in Rioâ€™s Paralympic Games took place. Our athletes put on stellar performances in almost everything they competed in – including swimming, cycling, equestrian, and athletics – to bring home seven gold medals, six silver ones, and four bronze. We are so ridiculously proud and inspired.

We spoke to medallists Zanele Situ, Ernst Van Dyk and Hilton Langenhoven before the Paralympics began.

Twenty-one-year-old bike rider Brad Binder became a national champion after placing second in the Aragon Grand Prix on 25 September. He’s the first South African since 1980 to hold the title. Hailing from Potch, he started out racing karts, and was national champion of South Africa by the time he was eight, then picking up two-wheel racing at the age of ten.

She was born at the end of June, but unveiled only recently. Pumelelo, the world’s first buffalo conceived in a fashion similar to in vitro fertilisation (IVF), is the first of her kind in the world. She was born at the Lekkerleef Buffalo Ranch of Frans Stapelberg, near Marble Hall, Limpopo. The success of her birth offers scientists hope for conservation efforts of endangered animals.

This list is never complete without a sprinkling of #BlackGirlMagic âœ¨. And that’s exactly why we are thrilled for Buhle Ngaba, whose children’s book “The Girl Without a Sound” is now available in bookstores countrywide. Ngaba spoke to The Daily VoxÂ earlier this year in a very frank interview, and told us, “Little black girls need stories written about them and for them. I walk into bookstores and thereâ€™s no sections of black literature in stock, and definitely none by black women. If we donâ€™t use our words and use them loudly, we remain invisible.”

This is me holding a book I wrote and devised 6months ago.It is now on shelves at @exclusivescoza .I have no words. #booksforblackgirls pic.twitter.com/mm4vhqE9j6

9. New Karoo astronomy project gives a glimpse into when stars and galaxies formed in the early universe – and empowers local economy

Karoo-based space instrument Hydrogen Epoch of Reionisation Array (Hera) will allow astronomers to detect the key signatures of early stars and galaxies in the universe. It differs from the Square Kilometre Array (SKA), which will examine the early formation of the universe. It’s just been granted $9.5 million, and is expected to be completed by 2018.

It’s already created jobs in the rural Karoo. “Hera is a truly Karoo-based instrument. Construction materials are sourced and fabricated from within South Africa – predominantly from the Carnarvon area,â€ Project Engineer Kathryn Rosie told News24. â€œBecause the bulk materials of construction are light industry materials such as wood and PVC pipe, there is opportunity for local businesses, which don’t necessarily have a â€˜high technologyâ€™ customer base, to be a part of this awesome science instrument.”

We may be cheating a bit with this one, but we just stumbled upon it and we love the way it’s doing great work to make tangible change. Run by an anonymous photographer known only as â€œJâ€, the page (which is about three months old and already has close to 18, 000 likes) profiles people J comes across who are in need of help and urges people to try and assist them in the best way that the person needs. Instead of just charity, it encourages empowerment – something we find truly inspiring. Check out the page here.