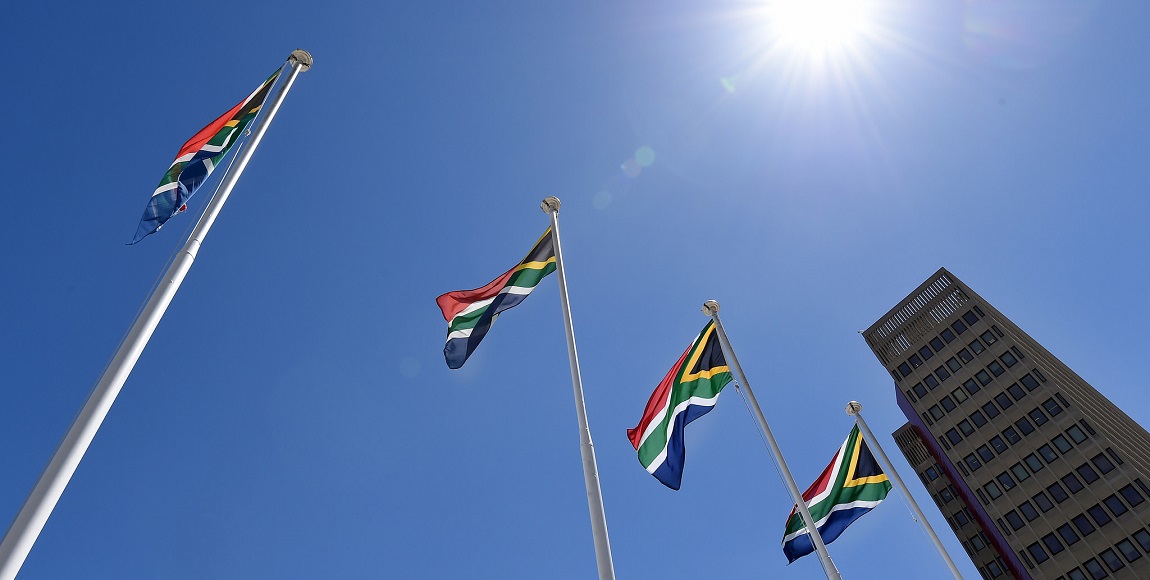 2017 continues to do the most: storms are wreaking havoc across the world, poverty stays ruining South African lives and Marikana Day came and went with the same empty promises. On top of that, it was Womenâ€™s Month so we had to deal with a bunch of empty rhetoric while people (including whole ministers) continued to disrespect women. It wasnâ€™t all bad though. Here are ten reasons South Africa didnâ€™t suck in August.

1. This former gardener got himself a PhD!
Riaan Cedras achieved his PhD in marine biology from the University of the Western Cape (UWC). Hailing from Lavender Hills in the Cape Flats, Cedras used to cut grass for the South African Navy. He first enrolled at UWC in 2003 after cutting grass for over a year. Cedras actually paid the registration fee with the money he saved from cutting grass.

Shout out to the high school teacher who he said encouraged him to perform better academically in Grade 10!

3. These gogos are a reminder that age ainâ€™t nothing but a number
Thirty feisty women aged 60 and older from Cosmo City are taking boxing classes. And they are kicking ass! The women are learning how to protect themselves and get fit – and improving their health and well being as well – and itâ€™s beautiful to see.

4. These kids collected thousands of bottle caps to get a wheelchair for a child in need
Bryce (6) his sister Brayley Penny (8) and their friend Jesalyn Johnson (7) collected thousands of plastic bottle tops since December last year to get a wheelchair for a young boy. The kids were inspired by one of Pennyâ€™s cousins, who told them about the â€˜Tops and Tagsâ€™ initiative, run by the Sweetheart Wheelchair Foundation. The foundation gives collected bottle tops to a recycling company and, in exchange, it donates a wheelchair to the foundation. The three collected 50kg of bottle tops to get the wheelchair. Fifty kilograms of pure heart.

5. Stitching her way to success
Gugu Khandabili was a cleaner for a sign company, until she learned about the Uzwelo initiative. The project provides seamstress training to women in KwaZulu-Natal, and uses the companyâ€™s scraps and offcuts to make unique and stylish bags. After three months practising sewing in her lunch break, Gugu joined the team and she hasnâ€™t looked back. Through their Schoolbags For Change project, Uzwelo have made 10 000 schoolbags for underprivileged kids, with a built-in poncho to protect kids.

6. Caster Semenya stays slaying!
Weâ€™re not surprised when Caster slays, but it never gets old. The record-breaking speedster did what she does best when she smashed yet another record at the ISTAF athletics meet in Berlin, this time for the womenâ€™s rarely-run 600m race. This win came after she clinched the IAAF world title in the 800m race earlier in August. And despite a full season of competition, sheâ€™s still raring to go: right after the race, she said, â€œThe season is over for me, but I still feel a bit fresh.â€ #slayallday

7. The future of science in South Africa is bright!
The Eskom Expo for Young Scientists took place this month – 35 regional expos were held nationwide. Eskom created the event to encourage learners in grades five to 12 to develop their scientific curiosity. If the projects on show are anything to go by, South Africa has a multitude of young people ready to use their talents to help others in the country. After seeing the devastation of the Knysna fires earlier this year, Gabriella Mogale designed a way to insulate shacks against fire.

8. This young man created an app to help matric students
Lesego Finger taught himself to code in grade eight to create his own games, but ended up using his skills to create an app to help matriculants get through one of the toughest years in their academic careers. The app, Matric Live, is an amazing resource for learners: it includes study tips, past papers and even information about internships and bursaries. Lesego has just been named the Lead SA Youth Hero for 2017 – we say itâ€™s well-deserved!

9. Spring is almost here and itâ€™s gorgeous
After some extreme cold fronts, it seems like Spring is finally on its way. And while itâ€™s great to be able to go outside without wanting to cry, itâ€™s even better when thereâ€™s some beautiful scenery to appreciate. Travel vlogger Adam Spires captured the annual blooming of the West Coast landscape and itâ€™s absolutely stunning.

10. Daario Naharis breathed the same air as us!
Game of Thrones fans may be despairing at the end of the smash hit show, but we were so excited that the actor who plays Daario Naharis, Michiel Huisman was in the country. Huisman is here shooting a movie due to be released next year. Keep your selfie cam open folks, you could spot him anywhere…

Daario Naharis from Game of Thrones is in South Africa