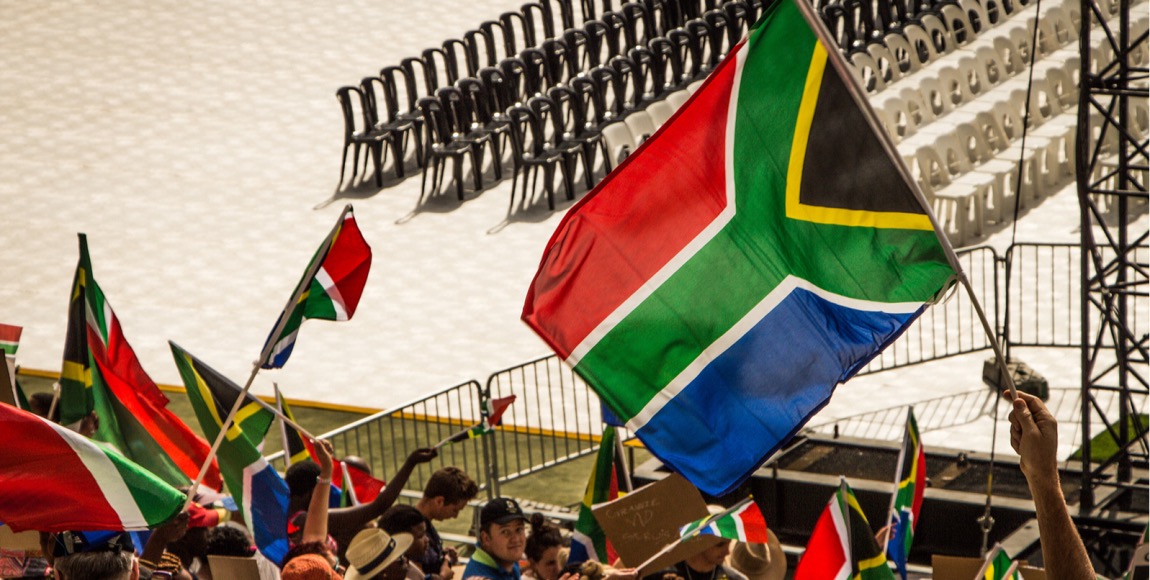 February saw a visit from a natural disaster named Dineo, a whole lot of rain in one part of the country and very dry conditions in another, and most of South Africaâ€™s student population going back to campus. We also had SONA 2017, the budget speech, and xenophobic violence. 2017 has solidified its presence, and weâ€™ve got the latest ten reasons why that doesn’t mean anything too bad.

The inimitable Naledi Pandor – who has served in the ministries of Home Affairs, Science, and Education – was presented with the award on 17 February. She was recognised for not only using science and technology to support development in SA and sub-Saharan Africa, but also for integrating science within South African policymaking, and her advocacy for young scientists and women scientists by supporting initiatives that encourage international collaboration for both groups.

South Africa missed out on automatic entry into the tournament after finishing outside the top four in the ICC Women’s Championship but secured their spots through the qualifier, where they beat Sri Lanka. South Africa is currently ranked sixth in the ICC Team Rankings, and will play against Australia, India, Pakistan, New Zealand, Sri Lanka, England, and the West Indies.

Manaleng led the pack in the Womenâ€™s H3 Road Race – an amazing feat, considering the fact that she is a T9/T10 complete paraplegic, which means she has no stomach muscles or the use of her legs.

An avid sportswoman throughout her life, Manaleng was involved in a horrific cycling accident on 10 September 2014. She has undergone intense rehabilitation training and with pure ambition and determination, she has worked her way back into competing in sports at international championship levels.

23-year-old Kumeren Govender is about to establish a rare feat: a paper in which he was the lead researcher is set to be published.

His research is on clinical risk factors affecting HIV-positive patients in a hospital setting, and is set to be published in the Pan African Medical Journal. Not only has he co-authored a further two articles previously that were published in the South African Journal of Infectious Disease and African Health Science, but he has worked with some of the countryâ€™s top scientists in the research institution Caprisa (Centre for Aids Programme of Research in SA).

On their way to Botswana, Carlos Santos, Johan Groenewald and Pieter Roussow got stuck about 100km away from their destination after they were forced to slow down due to a collapsed bridge. A baby elephant soon emerged and although they were initially hesitant to help her, they realised that she was abandoned and dehydrated.

They gave her some water and spent time searching for her herd, but found nothing in the area and made a call to contact the nearest animal sanctuary. Soon after, the drivers loaded their new passenger into the truck and made their way to the Botswana Elephant Sanctuary to deliver her to a safe haven.

6. The Vaal Dam is full for the first time in six years

After being plagued by drought and increasingly low dam levels, the recent scourge in rainfall over the last couple of weeks of February has resulted in fuller damn levels – which means less worries about water all around! That’s in Gauteng, at least – the Western Cape is still has restrictions in place and low dam levels to contend with.

? At least three sluice gates open at the VAAL DAM on Tuesday afternoon as levels remain above 100%.

? Wow! The VAAL DAM before & after the drought | ?Hercules Smit pic.twitter.com/GaOBRhvpVV

7. The paramedics who put a smile on the face of a terminally ill seven-year-old

Seven year old Aidan suffers from Costello Syndrome, and is one of only two people in the country diagnosed with it. It affects various parts of the body; in Aidanâ€™s case, he has to undergo abdominal scans every three months to screen for cancerous tumours. He also has to undergo heart scans as he has a thickened left ventricle wall. He also has Culcaneo Vulgus Feet as well as a number of other challenges as a result of the syndrome.

Aidan loves emergency services and in the lead-up to his latest procedure – to remove growths from underneath his eyes – ER24 paid him a visit with a flight suit and goodie bag. He got to play paramedic on his ride to the hospital, and his mother Melissa Botha – who raises him alone – says that ER24 made such an impact. â€œAidan was so excited and had a blast before his operation. The paramedics literally changed his whole experience with hospitals,â€ she said.

Tylor Baker was born deaf and without ears. Dr Estie Meyer, an ENT specialist at Groote-Schuur, said Tylor had asked her for ears, and she promised him to try and help him. She’d previously implanted a bone-anchored hearing aid for him, which sends sound directly to the cochlea in the inner ear via the skull.

Gerrie Booysen, director of the Centre for Rapid Prototyping and Manufacturing at the Central University of Technology in Bloemfontein, made a cast of Tylor’s sister’s ears to replicate out of silicone for Tylor. Three titanium implants were put on both sides of Tylor’s skull three months ago, the wounds were given time to heal, and in mid-February silicone ears were attached. He can take them off at night.

9. The woman and taxi driver who saved a group of eight-year-olds stranded in floodwater

Six eight-year-olds from Taaibos Primary School near Sasolburg were on their way home after school on 21 February when flood water after heavy rain meant that they were at risk of being trapped in their vehicle. They were with a driver and a worker from the schoolâ€™s kitchen, Selina Maduna, who immediately sprang into action – she enlisted the help of a taxi driver, who had to make sure that they werenâ€™t swept away by the water as she helped them out one by one. “The taxi driver carried two of the children on his back and I told the others they must hold hands and follow me. I held the child in frontâ€™s hand,” Maduna told News24. Although she herself then fell into the water – which she said was freezing – she managed to get all of them safely home.

10. SA’s maize yield will be significantly more than it was last year

South African farmers are expected to harvest 79% more maize this season as increased rainfall has boosted plantings, according to the government’s Crop Estimates Committee.

The harvest is expected to be at 13.918 million tonnes,Â  compared with 7.78 million tonnes last year. The drought that has been plaguing South Africa for over the past year contributed to plummeting rates of crop yields. While we wait to find out how bad the damage from a new pest, the fall armyworm, will be, it’s reassuring to know that things are looking up for our food security.