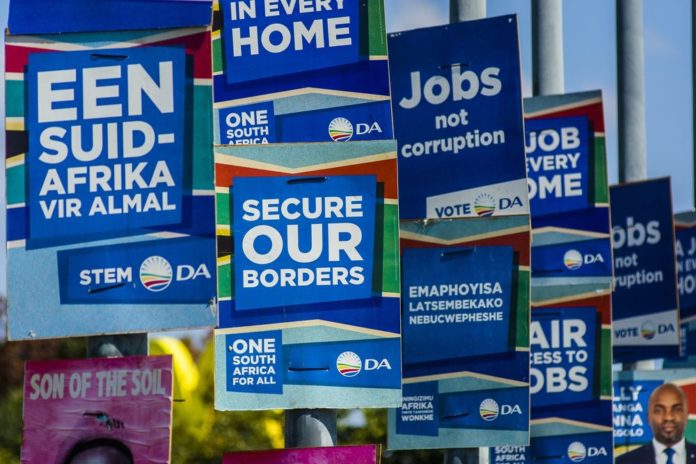 Like most of us, I enjoy a good internet list. So there I was, reading about ten celebrity break-ups that broke us – but my enjoyment was short lived because I discovered a video of Cape Town mayor Dan Plato, a member of the Democratic Alliance (DA), telling an Ocean View resident to “shut up”. It was just another example of something the DA has done really well in the past year while Covid has rolled over us: been kak. In a homage to the list that started me off on this train of thought, here are ten times the DA was just really kak.

Now hold your horses, I know it is very simplistic to say that. But let’s dig deeper. The Democratic Alliance was born out of a merger between the Democratic Party and the New National Party (NNP). The NNP was the “rehabilitated”  National Party – as in, the last ruling party of the ApartHATE regime. Those are some sketchy origins and, truth be told, moving around a few colours from the Nats to rebrand as the Democratic Alliance is not slick. I took art class in grade three; I know my primary colours.

Deep within a pandemic of Zoom meetings and flopped banana loaves, the Premier of the Western Cape, Alan Winde, wanted the province to ease lockdown restrictions. Yes, you read right, an elected DA official wanted the province to move to lesser restrictions when it had accounted for 55% of the coronavirus infections nationwide at the time (mid-May 2020). Of course it was all about keeping the economy open, and you can listen to the full interview here. Ironically Winde contracted coronavirus a few weeks later.

Government employees should fact check before tweeting out screenshots that imply prejudice. One such perpetrator is Debbie Schäfer, the DA’s provincial minister (MEC) for Education in the Western Cape. She shared information about a white student who was allegedly not accepted to the University of Cape Town despite stellar matric results; her tweet implied that his race was central to this claimed rejection. That was not the case, and the university replied with a set of facts that took all the flame out of the story. But Debbie, who had probably finished her Netflix queue of movies, was apparently bored and tweeted without checking in with UCT. South Africa always has racial tension, so people in public office should know and do better. Log off next time, Debbie.

There is a famous Afrikaans idiom “onkruid vergaanie”; it implies that something will survive anything. That’s the Afrikaans language: it is firmly established, well-funded and going nowhere. So when DA leader John Steenhuisen chose to worry about the future of Afrikaans at Stellenbosch University in the middle of student fee protests all over the country, it just reeked of privilege. Remember when Kim Kardashian was crying about her diamond earring that fell into the ocean at a holiday resort and had to be reminded by her sister that people were dying? John, people are dying for an education. Afrikaans is going nowhere. We have phallic symbols in honour of it, it is one of our 11 national languages. You can fight for the right to speak the language at any other time, but right now? Start a side hustle and help some students to register instead.

In February 2021 four children lost their lives when a sandbank collapsed on them while they were playing near a bridge in Nyanga, Cape Town. Mayor Dan Plato offered his condolences – but couldn’t resist the sort of bitchy aside his party deploys all too often. Plato added that the tragedy could have been prevented had the children played at a park and sport facilities. Never mind that because of lockdown many such facilities are closed, or that in places like Nyanga there simply aren’t enough facilities to cater for everyone. Plato could have stopped at “my deepest sympathy” but it’s not a DA day without flexing your inner tief.

5.  NO DIPLOMACY AND MANNERS

Dan Plato turns up again, in the incident that prompted me to make this list. Cape Town’s mayor told a resident to “shut up” while he was on a walkabout in Ocean View. It is a municipal election year, after all, and the coloured vote (Ocean View is a majority coloured area) is important. The mayor was caught on camera when being confronted by a resident who questioned him about a housing project. Constituents have every right to ask service delivery questions, Dan. I suggest next time you learn some manners and respond in ways we expect of our mayor. You are ombeskof. I am also going to say it: Mr Plato would not address any constituent living in Newlands or Claremont like this.

John Steenhuisen, a white man with just a matric certificate, was elected as the DA leader. Not that only holding a matric is the problem – it’s what it highlighted that’s the issue here: so many brown and black South Africans need to have three qualifications or more to even dream of leadership roles. Here was a chance for the DA to show real transformation by naming a black woman, Mbali Ntuli, as its leader. Instead, John. To add more sugar to the saccharine making us gag, Helen Zille was elected as the DA’s federal council chair, which is arguably the most powerful position in the party. Zille is political poison and needs a chaperone for her tweets that, among other things, praise colonialism in a country fractured and damaged by colonisers.

Race is part of South Africa’s very core, fabric and stomach lining. I am all for a society that does not focus on anyone’s skin colour in any way, shape or form – but this is not the utopia we live in. So when the DA accuses other political parties of race-baiting it just makes me want to drink Epsom salts. This time it was in relation to eNCA reporter Lindsay Dentlinger, who was accused of racially discriminating against black members of parliament. When black people are telling you they feel discriminated against, introspect and listen – don’t dismiss it as “baiting”. Trust and believe not everyone wants to be in conflict all the time, especially in a pandemic.

The DA-run City of Cape Town responded to the Covid-19 pandemic by setting up a camp for homeless people in Strandfontein. Those were some ghoulish reminders of apartheid spatial planning, which involved removing people from the inner city, and dumping them among the dunes of the Cape Flats. And it was expensive: the camp cost the city R53 million over six weeks. This was a solid opportunity lost to use local hotels to boost the hospitality industry as it reeled from the pandemic. It was also deplorable to block monitors from the South African Human Rights Commission from entering the site.

1. CALLING FOR EVICTIONS IN A PANDEMIC

This is by no means the worst DA action but it is the lowest. It is swimming with those bacteria at the bottom of the ocean. South Africa is currently in Lockdown Level 1. Per a statement released recently, the party is calling for the lockdown to be lifted … so that landlords can start evicting people. People who, in all likelihood, lost their income and have been struggling to make ends meet. This is cruel behaviour. Instead of setting up a task team and hiring some graduates to assess where folks need help with rent, they cop out and call for the right to evict. Shame on you Democratic Alliance. You are not democratic or an ally to the poor – they’re just your bread and butter to be exploited at the polls.

In this last year alone the DA has misstepped so many times I had to cull this list down to ten things. We are in various pandemics: coronavirus, GBV, unemployment and students fighting to learn. The DA should read the room and, in the eloquent words of its own Cape Town mayor Dan Plato, just shut up.