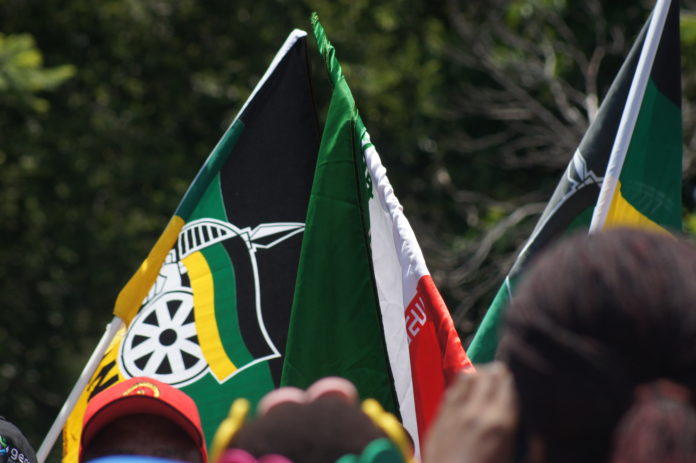 This useless government needs to intervene in these White private and public schools with urgency. Black children are dying physically, spiritually and psychologically.

Most times I am not sure about the ethics of sharing my research on social media. I know my personal politics, I think it is necessary, however I am not sure where the gatekeepers of academia stand. I have been doing research for the past 6 years and I have so much data about Black students’ experiences in basic (and higher) education. It is safe to say that Black children experience a lot of trauma when they attend these ‘Model C’ schools.

Firstly, it is important to know that the colonial origins of  Western ‘education’ has created a system that socializes both Black and white kids for a Master/Slave role in the settler colony (AKA South Africa). Western ‘education’ and by extension schools are ideological machines that pump out coloniality and anti-Blackness. These ideological machines (because of their colonial origins) are ill equipped to house racial diversity, embrace indigenous knowledges or groom critical thinkers who can engage with the South African context. The colonial/patriarchal/homophobic institutional cultures and the problematic white people who teach in them daily traumatize Black kids who enter their sadistic doors in the hope of a quality education.

Let me share some narratives that I have come across over the years:

1.The same people who inhibit the progress of black people in the workplace exist in the basic education system.

2. In the advent of Rhodes Must Fall and Fees Must fall, we can make the mistake of only relegating coloniality in education to institutions of higher learning. However, higher education is not the only bastions of coloniality and white supremacy. The whole foundation of education is predicated on the preparation of kids to a slave/master society. The only new thing now is that you have Black kids being prepared to reproduce the same neoliberal neocolonial globalized imperialism that ultimately uses them as pawns in a bigger game that oppresses Black people.

3. Because some of these institutions were built either during colonialism or thereafter, the institutional cultures of these schools are colonial, patriarchal, cisnormative, queer antagonistic and promote rape culture. These cultures did not magically vanish after 1994 but are alive and protected by the various stakeholders at these schools. These values are generally a reflection of white society and the barbarism that is festering in your leafy affluent suburbs.

5. In creating such an environment, these schools also groom the white kids to reproduce coloniality and they grow up expecting Black people to navigate two worlds in order to accommodate their taught ignorance. Although this seems paradoxical, white ignorance is not NOT knowing but a deliberate miseducation (look up writings on the Epistemologies of Ignorance). These white kids are taught contempt for anything African. It only makes sense, if you see your peers penalized for being Black then your assumption will be Blackness is criminal. Most importantly, this also creates an environment where white kids also are used as tools to to ostracize Black children when any ‘Blackness slips out’. When you are a child/teen and you spend your whole day in this environment, this is a source of depression and anxiety. Black kids are depressed and anxious.

6. For my Masters, I found out that Black students who went to schools in the Townships had less of a crisis about being Black compared to those who went to these devil schools. Black children who went to the latter schools exhibited high levels of Double Consciousness and a sense of inferiority. They were also constantly gaslighted about being ‘othered’ and therefore had cognitive dissonance. Black children’s painful experiences are denied in the school environment and therefore they learn to disassociate with the reality of white brutality. Some convince themselves it was “not that bad” or blame themselves for the violence they experience. Black children are walking around with unresolved trauma.

7. Many academics have done wonderful research about the integration of Black students and ‘multiculturalism’ in basic education after 1994. See Saleem Badat, Crain Soudien, Sara Nuttall etc. However, there needs to be more research (like my Masters) that focuses on Blackness and how the Black identity is navigated in basic education. It needs to be explicit to the Black identity because Black students are targeted because they are Black.

8. The ANC government are cowards. They are seriously the worst.While reviewing policies on education after 1994, I found that the government used euphemisms for redress towards Black people. The government uses words like ‘previously disadvantaged’, ‘vulnerable’ etc. Apartheid was specific in marginalizing all Black people (even though to varying degrees) and therefore redress needs to be explicit along the same lines. Black ‘African’ people were placed at the bottom of the chain (in terms of marginalization and unequal spending compared to Coloured and Indian education), the construction of Blackness as barbaric and the infantilization of the ‘Native’ (compared to Apartheid contructions of Coloured and Indian identities who were considered a bit more superior) require specificity. In fact, all the people who were marginalized require specificity in policy because as I have mentioned, racism in education affected Black/Coloured/Indian people differently. If you are Coloured/Indian person reading this and your chests starts to swell in defensiveness, please go read up on the unequal spending on education and the hierarchy of humanity.

But the ANC doesn’t care. They protect whiteness and coloniality.

9. Lastly, Black parents who speak out against racism at these schools are targeted and antagonized. Their kids also become targeted. Some Black parents want their children to get a good education because the reality is that basic education is the pits under the ANC government. This government forces kids to learn under trees and little 5 year old girls fall and die using broken school toilets. The ANC allows children to pass with 33.3%. This creates a slave labour pipeline where Black children leave Matric unable to read, write and switch on a computers. I have worked with Matric students as well and I was appalled by their lack of basic skills . What will a Black child do with no skills? Slave labour. So please don’t shame Black parents for NOT wanting their kids to fall in between the cracks created by Apartheid and widened by the corrupt ANC government.

The people who look after your children are evil, they are invested in coloniality and your child’s racial identity is sore-eye to them.

Wanelisa Xaba holds a Bachelor of Social Sciences degree and an Honours degree in African studies. Her Masters research focused on undergraduate students experiences of Blackness and how Black students navigate institutions of higher learning. She has documented LGBTIQ hate crimes in the North West, Limpopo and Gauteng province in South Africa. In 2017, she was named one of the Mail and Guardian 200 Influential Young South Africans award. She currently sits on the board of directors at The Trauma Centre in Cape Town. She is pursuing her Doctorate in Women’s and Gender Studies at the University of Cape Town.

The piece has been slightly edited for clarity and brevity.