Home Pop Culture The Bachelorette SA – The guys do not know how to play...
WhatsApp
Facebook
Twitter
Email
Print 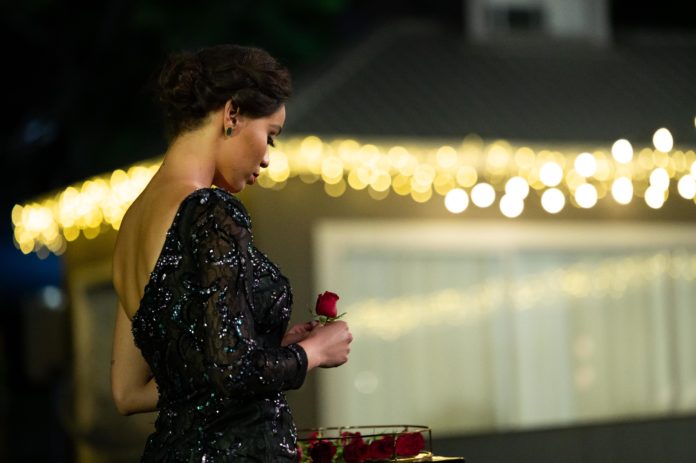 Reality television shows always have a formula. Not for nothing was Survivor’s tagline was OUTWIT, OUTPLAY, OUTLAST. You have got to get your hands dirty, and manipulate everyone around you. The Bachelorette franchise is no different. While trying to win over Qiniso, you have to step over the other guys to win her heart. It is duplicitous but this is the formula when over 20 men are competing for the love of one woman. The problem in this past week’s episode is that the guys don’t seem to accept that it is not about friendships, it is about Qiniso. This is not South Africa’s next best friend. You are competing for love, and it was never going to be a civil tea party.

The episode kicked off with Qiniso asking to spend some one on one time with Craig. This made so much sense as Craig seems chaotic in a group setting. He sat down for a cup of tea with Qiniso, and they had a very relaxed conversation. It was refreshing to see Craig relaxed. Out of all the guys he is really the only one displaying any kind of passion and desire for Qiniso. He looks like the kind of guy that loves out loud. Qiniso admitted to mental attraction, which means there is nothing physically attractive for her just yet.

The tea party with Craig segued into a group speed date with a few of the guys. With speed dating, pretense is easy to pick up, so everyone tried to cast themselves in the best light; this is the formula. But you need to find the balance between doing this and not coming off as a scammer. You need to be endearing, not irritating. No one is perfect, so don’t presume Qiniso won’t see through it. The speed date then went into an auction. The “Compatibility Auction” was to bid for what they thought Qiniso valued the most important quality/attribute in a relationship? Honesty and trust won, and Qiniso then had a one on one date with Kyran. He used the time to tell Qiniso about his 12 year old son, then got weird by saying he “comes across” as a nice guy. Which can easily be taken as you just pretend to be nice. Think your words through next time.

Qiniso followed that with a date with Keelan. They did some yoga and had some breakfast after. Keelan cleverly admitted to having cheated before. This is reality TV gold. He looked endearing to Qiniso by admitting his faults, and garnered national sympathy. I don’t buy it because later on at the cocktail evening he said loudly “crash and burn” to someone Qiniso had walked off with. Typical “bro-dude” behaviour. I hope Qiniso realises that Keelan is actually low-key messy. He is more insecure about his date with Qiniso despite playing off the fact that they kissed – the first kiss of the show. Qiniso had a little date on the lawn with Ruan “Jon Snow” Meyer. They laughed the entire time while being observed by the other men from the house’s outdoor area.

Qiniso turned up at the cocktail party looking like a cross between a Vogue Fashion Plate and a case of dynamite. There was a brief chat about each other’s bullshit and if they are aware of it. Marc, the life coach spoke to Qiniso vaguely about intentions; it was literally all leading up to him leaving along with Bradley later at the rose ceremony. Qiniso kissed Cameron and Gareth at the cocktail party. So far only men with chiseled jawlines have gotten kisses. I won’t lie, all I saw with those kisses was the pandemic lurking in the bushes, even though the set is a Covid-19 safe space.

The episode ended with Bradley and Marc not receiving roses. Qiniso’s choices now seem more informed. It makes sense as the episodes move along and she gets to know each guy better. As exciting as the show is, it’s baffling at how the men are still behaving. None of them seem as if they watched a Bachelor/ette show before. Their reactions to normal things like stealing date time makes no sense. This is how you get Qiniso’s attention. She is well aware of how the show works. The guys come across as more thorny than rosy, and I hope this changes soon. It is time to strategise.