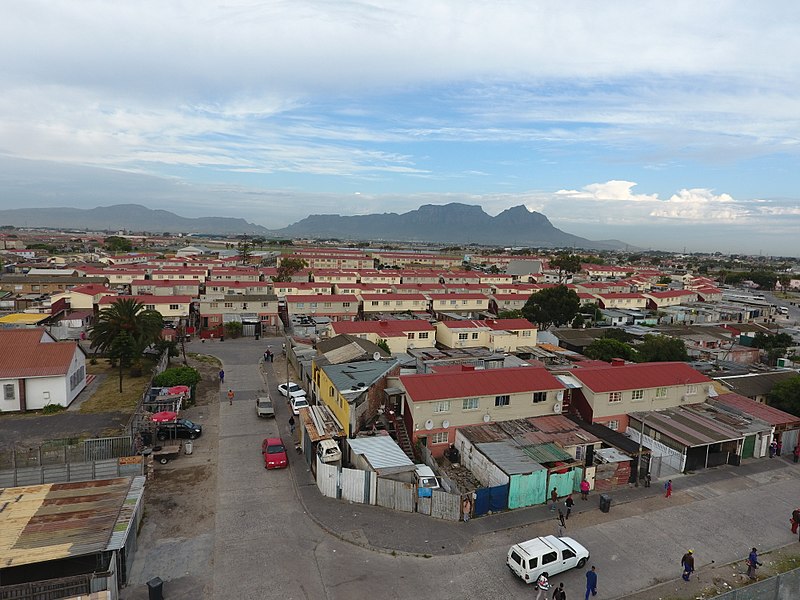 Editor’s note: on 11 July 2019, the minister of police Bheki Cele announced that President Cyril Ramaphosa had approved the deployment of the South African National Defence Force (SANDF) alongside police during gang-suppressing raids on Friday, 12 July. The Democratic Alliance said it welcomed the news that the army “will form part of security interventions to address the ongoing gang violence in the Western Cape,” in a statement released by the party spokesperson on policing, Andrew Whitfield.

A search reveals that the term “police” shows up 22 times on the Democratic Alliance’s 83-page manifesto. Whilst this isn’t a fact to be immediately alarmed about, a deeper reading of this party’s stance on policing shows that the DA’s plans to enforce law and order is in dire need of a critique, writes MIKHAIL PETERSEN.

Not too long-ago, the outgoing Western Cape premier Helen Zille lead the charge and rallied for the military to be deployed into the Cape Flats to curb the ongoing gang violence. This call was highly controversial and as expected solicited mixed and emotional responses with government having the final say and vetoing this move.

The DA in its manifesto argues for provinces to have greater autonomy and control over their police forces. One also reads that the DA commits to additional funding of R165 million for safety and security through the 2018/2019. This money will go to, amongst other things, the increasing police visibility in communities which are high crime locations. This may read all and well however, I am suspicious of both of these two plans.

I believe that wanting to grant provinces greater autonomy over their policing units combined with the increased spending on policing in Cape Town will result in the DA deploying a de facto military presence in the Cape Flats. This will occur through highly armed members of the police force being deployed to the Cape Flats. I argue this is being done to achieve their goal which Zille tried to champion to no avail previously.

My critiques of this policy are twofold and will be dealt with separately. The first of these deals with the effects which this will have on gangs. If we believe that gangs will decide to abort the hundreds of thousands of rands which they earn through the trafficking of drugs just because the police have heavier artillery, then we are sadly mistaken.

These gangs will without doubt use the existing channels which they use to acquire firearms and will just acquire arms which are comparable to that of the police. Which will result in the escalation from gang shootouts which are currently occurring, to what will resemble civil war like war happening in Cape Town’s poorest communities.

The great tragedy is that this will, in my estimation, result in a rise of deaths of those innocent victims who get caught in the crossfire of these shootouts. And with the increased fire power the likelihood that such victims will escape with gunshot wounds which are not fatal will decrease with the heightened artillery that the gangs and police will now own.

The second critique is that such a move will lead to an increased militarisation of the police and the increased security measure more broadly will result in the criminalization of poverty. On page 56 of its manifesto the DA notes that in the efforts to make South African schools safer it will where affordable and in crime hotspots institute measures whereby earners will be searched for weapons. These measures extended to the installation of metal detectors into so called “at risk” schools.

My problem with this is that the vast majority of those children in these “at risk” schools do not have firearms or weapons on them nor do they bring these objects with them to school. Therefore, being subjected to weapon searches and having to walk through metal detectors every morning will turn their places of learning into prison like institutions.

I highly doubt that these measures will be applied at the more affluent schools in the Cape. If we are going to make learners school experiences, feel like they are in small penitentiaries then let’s do so equally.

Schools where fees touch close to R20, 000 if your child is a boarder and whose racial composition is far different from the racial composition of those whom attend these “at risk” schools in the Cape Flats will result in the installation in the hearts and minds of children of colour toxic ideologies. These ideologies include that they, due to their skin colour and economic standing, are expected to be criminals and treated as such. Therefore, it’s a necessity to be policed and have their privacy violated in such a traumatising manner.

To truly tackle the scourge of crime within the Western Cape and South Africa more broadly the DA needs to look at more nuanced approaches than those outlined in its manifesto. The effects of their proposed policies will result in those that they are purporting to help protect from violent crime becoming the ones whom will be policed. They will be made to feel like criminals simply for the colour of their skin and the locality in which they live.

Mikhail Petersen holds a Bachelor of Social Science degree in Politics and Economic History as well as an LLB from UCT. Mikhail is an intern within the Sustained Dialogue Programme at the institute for Justice and Reconciliation, based in Cape Town.