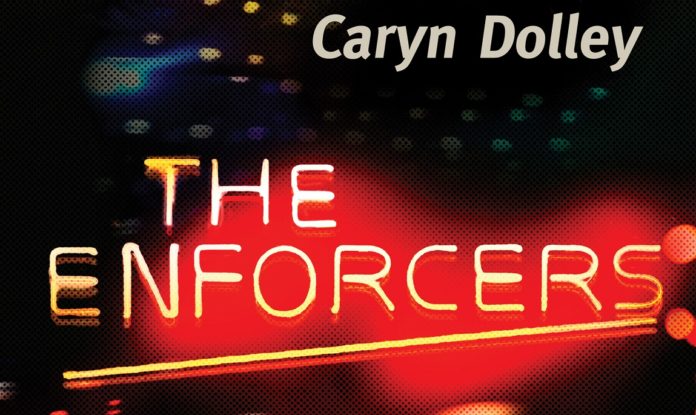 Here is the Cape Town underworld laid bare, explored through the characters who control the “protection” industry – the bouncers and security at nightclubs and strip clubs. At the centre of this turf war is Nafiz Modack, the latest kingpin to have seized control of the industry, a man often in court on various charges, including extortion. Investigative journalist Caryn Dolley has followed Modack and his predecessors for six years as power has shifted in the nightclub security industry, and she focuses on how closely connected the criminal underworld is with the police services. In this suspenseful page-turner of an investigation, she writes about the overlapping of the state with the underworld, the underworld with the ‘upperworld’, and how the associated violence is not confined to specific areas of Cape Town, but is happening inside hospitals, airports, clubs and restaurants and putting residents at risk.

A book that lays bare the myth that violence and gangsterism in Cape Town is confined to the ganglands of the Cape Flats – wherever you find yourself, you’re only a hair’s breadth away from the enforcers.

On 7 November 2016, attorney Noorudien Hassan, who had been among a team of lawyers representing Irshaad Laher in the Project Impi case, was shot dead in his car outside his home in the suburb of Lansdowne in Cape Town. The bullets ended an illustrious career in law, which had involved representing several alleged gang members, including Jerome Booysen and Ralph Stanfield, as well as others linked to nightclub security. No one was arrested for the shooting.

Hassan’s close associate, advocate Pete Mihalik, who was also on the defence team in the guns-to-gangs case, at the time noted, ‘We [are] entering a very dangerous period but it won’t stop us defending the right to have a fair trial.’

Noorudien Hussain once told the author that he was not a ‘gangster lawyer’. Nevertheless, Pagad national coordinator Haroon Orrie was of the opinion that Hassan had been part of a problem. He said, ‘We’re not claiming responsibility; however, we are saying our full support is behind those responsible. His death is long overdue.’

Startling claims started surfacing following Hassan’s killing, including that the lawyer had inappropriately accessed (via a Crime Intelligence officer) an investigation diary and documents in the case involving Laher. This paperwork contained the details of an informant linked to Project Impi – details that would likely have sent shockwaves through gang circles and sown seeds of mistrust and suspicion among members of the Hard Livings.

In May 2017 Jeremy Vearey added to the claims swirling around Hassan’s murder – he said that he was aware that a Crime Intelligence officer had visited Hassan about concocted claims to be made against him (Vearey). ‘We are aware of what they are up to,’ he said. ‘There is definitely something everybody is hiding. We are coming after them systematically.’

And he made another startling claim, that some police and Crime Intelligence officers were conspiring with gangsters and politicians to try and snuff out investigations he was busy with. ‘This is a various convergence of various people. This is the politics of organised crime,’ he said.

In 2018 Nafiz Modack made shocking claims that Vearey was a 27s gang member working with a leader of that gang, known as Red, and that Vearey had played a role in Hassan’s murder. Modack claimed that Hassan had introduced Vearey to Red because the two had issues to iron out – serious issues, because it was claimed that Red had wanted Vearey murdered. The two had apparently smoothed over their problems, but some gangsters had found out about the meeting and were unhappy because they felt Red having Vearey’s backing meant the gang boss was becoming too powerful.

Vearey, according to Modack’s claims, had had Hassan murdered to prevent the lawyer ever confirming that he’d facilitated the introduction of the top cop and the gang boss, which, if Vearey’s superiors found out about it, would have resulted in Vearey being fired.

These claims didn’t amount to much and Vearey wasn’t charged for Hassan’s killing.

Published by Jonathan Ball publishers, the book is available online and at most good bookstores for R240.