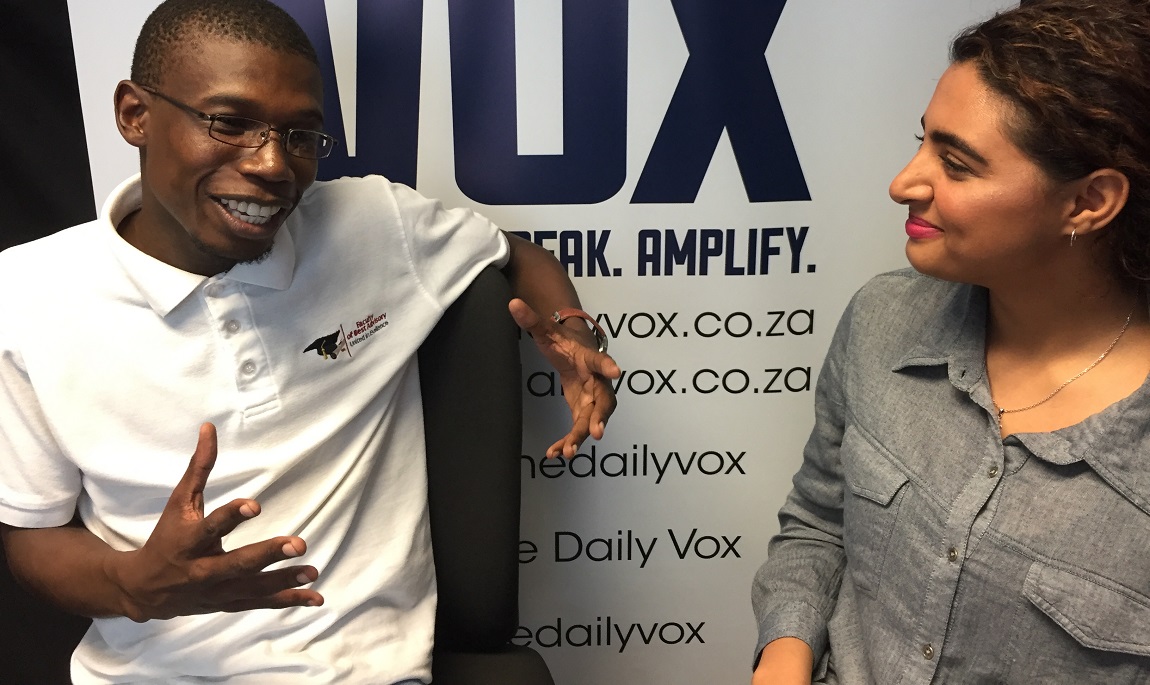 “We didn’t start with anything, we just started with an idea that we need to impact lives and change the material conditions of young people,” said chairperson of the Faculty of Best Advisory (FBA) Mafule Moswane about his organisation.

Moswane and his colleagues established FBA in December 2012 and it began operating in January 2013. What started with five volunteers then grew to an organisation with over 400 volunteers in 2017 and today has a national footprint with particular presence in Limpopo, Gauteng, and Mpumalanga.

FBA offers mentorship, career guidance, and facilitation of access to higher education to school learners and tertiary institution students from rural and township backgrounds. Moswane explained what the organisation is all about in a Facebook live interview with The Daily Vox,

“FBA is a nonprofit organisation and also a registered public benefit organisation. What we do is we empower young people – particularly from rural and township areas – by facilitating their access to institutions of higher learning. Our programmes include applying for them and doing career guidance – and then when they come to university after having been accepted, we mentor them through our mentorship programme as a way of ensuring that they do not become academically excluded,” he said.

The programme also expects its beneficiaries to give back. “The very same beneficiaries go back to their respective rural and township areas to to do tutoring – which is also one of our programmes – as a way of paying it forward. We have a leg of entrepreneurship and leadership so that the beneficiaries become holistic human beings that are vibrant and have a variety of skill sets to be competitive in the corporate sector – or wherever they want to go in their lives,” Moswane said.

The organisation has had its fair share of challenges getting off the ground and Moswane spoke a little about them. He said the organisation initially struggled with funding – and still does but the little that it has is used effectively. Another challenge was public recognition. “When you are young and people don’t know about you – or the brand – they don’t trust you so its different to get into relationships, to get corporate recognition or sponsorships,” Moswane said.

When asked why the organisation started its own publishing company, Moswane said: “The FBA broad or greater mission is to build institutions for Africa and her people. We always say that we have great ideas to live for. The overall thing is to have our own everything: our own establishment in every sector. When you have something of our own, you are not policed and we can do what we want.”

Moswane said it’s important for beneficiaries to tell their own stories. Moswane himself has published two books called Katrina and Other Untold Stories, and A Learner’s Guide To Academic Excellence which are fiction and non-fiction respectively.

“Through stories, you restore the dignity of the people,” Moswane said. He said it’s important to create relatable stories that dispel stereotypes and stigmas for young people who never get exposure to other sorts of materials. He also said it’s important to give readers exposure to something relatable from an insider’s view so that they may learn from the readers’ experience, be inspired, and strive for excellence.

The organisation particularly targets rural and township students who face a considerable amount of challenges in tertiary education. As a student from rural Limpopo himself, Moswane said some of these challenges include but are not limited to language barriers, culture shock, and inaccess to digital devices.

“The language barrier is in the instance where English is not your first language and you come from an area where you were taught English in your home language, in Sepedi or Venda if you are coming from Limpopo. Then you come into an environment where the lecturers are not even from South Africa, they are coming from somewhere out there in Europe,” Moswane said.

“You also don’t have access to digital devices in most rural and township areas so now you are expected to type your assignments and you have never typed anything on your laptop and computer before. That becomes a hindrance and obstacle,” he added.

FBA addresses this through its mentorship programme which allows students to be better acquainted with reading, writing and speaking the English language, and using laptops and computers. It provides a support system for students throughout their academic careers and then celebrates its graduates.

Watch the full interview below