Home Voices The politics of getting hired at UCT: “Itâ€™s how this country works”
WhatsApp
Facebook
Twitter
Email
Print 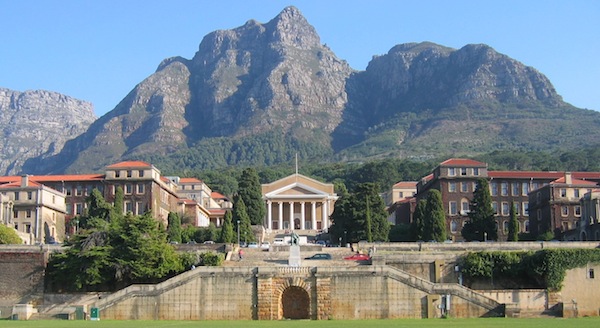 A controversial article on staff transformation by University of Cape Town (UCT) vice chancellor Max PriceÂ has drawn criticism from black staff and students on campus.

Price wrote â€œWe are not lowering the standard for appointment or promotion as professor for people of colour,â€ and argued, that as a result of South Africaâ€™s history, there is a very â€œsmall poolâ€ of educated black people who qualify to be professors.

Black staff on campus responded, saying that raising the issue of standards when referring to black academics undermines their competence. Kgabo Senyatsi, 22, student, Claremont
Max Price is full of crap. They like talking about UCT being afropolitan but really, it isnâ€™t. Itâ€™s just like the rest of the Capetonian liberals out here who are just showing face and saying that things are transformed when they actually arenâ€™t.Â Itâ€™s actually sad that he thinks if we implement real transformation it will decrease the quality of education at UCT; thatâ€™s bullshit. Thereâ€™s actually a hell of a lot of white lecturers at UCT who arenâ€™t great at their jobs. To say that putting a black guy up there is worse than having a white guy â€¦ I donâ€™t know about that. Alexandra Goldberg, 20, student, Bishopscourt
We canâ€™t hire people just for their race, they need to be qualified, but also you need everyone to be included and the past messed up everything. I think he phrased it quite badly when he spoke about lowering the standard of the university. What he needed to say is: hiring people with weak academics is going to lower the standard of the university, and as it so happens, because of the past, the majority of weakly educated people are black. Also, with hiring, it might be unconscious, but with factors like accents, employers might think that it means theyâ€™re not on the ball, but they have the same abilities. Pam Dhlamini, 30, student,Â Liesbeeck Gardens
UCT is trying to implement transformation but itâ€™s really not happening. They need to start, not only with race, but with gender too. If you look around campus, the number of lecturers who are black and female, is very, very small. Just recently, one of my friends did research on black students on campus, and the findings were that black students felt excluded, they didnâ€™t feel like they belong here and that UCT is still a â€œwhite campusâ€. Itâ€™s very racist for Price to say that hiring black lecturers will lower the standard at UCT. It also undermines the fact that we just celebrated 20 years of freedom from racial oppression. For the vice chancellor of such a prestigious institution to say that is not only an insult to black lecturers, but itâ€™s an insult to the black community as a whole. Neil Bensch, 21, student, Table View
Most of my lecturers are of colour, so I wouldnâ€™t say that lecturers of colour would bring down the standard of teaching or anything, because I havenâ€™t found any problems with the standard of teaching. I think people should just be hired solely on merit. If they are qualified, offer them the job regardless of colour. I think there would be a gap in employment equity now because to be a lecturer you need to be quite educated, with more than just a normal degree, so it could still take some time for the new generation of educated black people to get in those positions. I do still think there a lot of qualified and educated black lecturers. Lyle Rogers, 19, student, Grassy Park
It doesnâ€™t matter if youâ€™re black or whatever, I think if youâ€™re well-educated you should get a chance. If youâ€™re qualified and you can teach the content to the students then you should be hired. I think itâ€™s wrong to say black people lower the standard, it could even be racist because itâ€™s generalising black people and bringing them down as humans. I hardly see coloured lecturers here, I only have one coloured lecturer.Â I donâ€™t really pay attention to who lectures me, I normally just concentrate on the work, but now that I think about it, I can see itâ€™s not equal. I think lecturers of colour do have to prove themselves more than white lecturers, itâ€™s how this country works.

* Voxes have been edited for brevity and clarity.