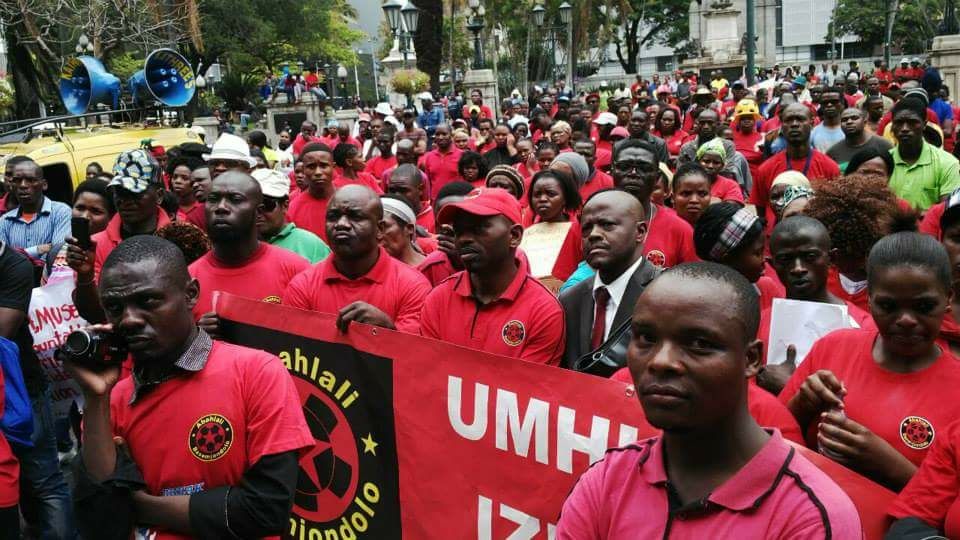 S’bu Zikode, the founding president of the radical shack dwellers movement Abahlali baseMjondolo has had to be in hiding numerous times after threats were made against him for his fight for landless peoples and shack dwellers. His wife Sindi Mkhize spoke to the Daily Vox about the constant need for her husband to leave his family and go to a place of safety. Mkhize says her husband has been in grave danger for months now.

It all began in 2009 when people came looking for him in our home at Kennedy Road, but he wasn’t around at that time. I was victimised with my kids but we managed to escape, which I believe if we hadn’t we could have died. They were so brutal but fortunately my kids were still very young at the time, they couldn’t understand anything.

Constantly having to live without him hasn’t made our lives any easier because if they can’t find him we become the target, something they can use to strike against him. It scares me at times to a point that I can’t even explain to my kids why they can’t go play outside. They have grown now and are able to connect the dots, I’m afraid this might affect them pathologically and lead them to growing up with a grudge.

There are times I would wish my husband could give up what he does but then I would realise that he is doing all this for the poor people. He has a promise to fulfil to the poor, and that’s what keeps me strong and stand by him. Many threats have been made against him and our family but he won’t be deterred. This is his calling and he stands for the people.

We are living in fear all the time. We are aware that we are the weakest link to him and they might use us to destroy him but we have faith. I do have faith that one day we will be able to live peacefully.

Abahlali have made means to help find us protection. They have written to different stakeholders including the president and police minister, but no response was received. Our government is aware of our situation.

Leadership of a movement like Abahlali baseMjondolo carries a high price. In 2006 my husband was arrested and severely assaulted in the Sydenham Police Station while I had to wait outside on the road, in the dark. This arrest and assault came after senior politicians said that the movement was a “third force”.

I have suffered a lot. I have to ensure that our children are safe at home and at school, and also think about my husband’s safety while I can’t get in touch with him. The security of the household is now in my hands. S’bu Zikode is not only the leader of the movement of the poor, he is also a husband and a father. Just as the communities of Abahlali baseMjondolo need him to come back, we also need him to come back to his family.

Editor’s note: Abahlali BaseMjondolo is a militant movement for the poor people, mainly located in and operating around Durban. Since it was founded in 2005, the movement’s leaders and activists have been subject to persecution and even murder at the hands of agents of the state security apparatus who oppose its radical stance on land and housing. Zikode’s own life has been threatened numerous times. He is currently living in hiding.