Home Accountability The Women Of Waqf Are Claiming Their Right To Pray In The...
WhatsApp
Facebook
Twitter
Email
Print 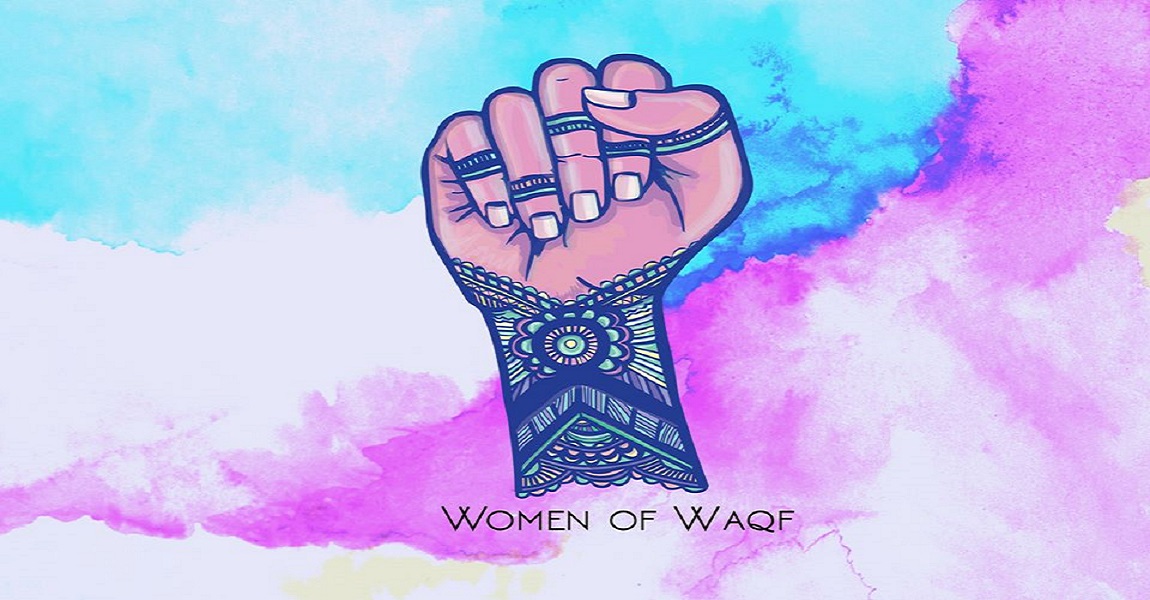 What began as a means for women to form a spiritual community and pray their salaah in congregation during the holy month of Ramadan has exposed a deeply rooted patriarchy and toxic masculinity in the Johannesburg Muslim community.

A group of local women were, on Friday and again on Monday, rebuked for praying at Masjid Siratul-Jannah also known as the Gold Mosque in Ormonde, Johannesburg.

Many Johannesburg mosques don’t have provision for women at all while others have small allocated areas that are often locked.

On Monday, a video showing a man trying to stop women from getting close to listening to the Quran being recited at the Gold Mosque went viral.

Women were barred from praying in a section of the mosque that evening. A woman in the congregation, Sumaya Hendricks, posted a video of the incident on Facebook, which was recorded by Tazkiyyah Amra. Hendricks said a group of praying women were insulted and called ‘morons’. In the video, a man is heard saying that women cannot be in view of men during prayers.

This was not the first time the women had been barred from prayer at the mosque.

The women claiming the space to pray have become known as the Women of Waqf (WOW). Shameelah Khan and her friend Noorjaan Allie decided at the beginning of Ramadan to pray at different Johannesburg mosques. “My friend and I decided we wanted to spend one night, every night, at a different mosque so we could get to know the different mosques in Johannesburg,” Khan said in an interview with The Daily Vox. Both had previously lived in Cape Town and frequented the mosque regularly with friends. She speaks of the sense of community she felt there where the congregation would pray for those who were ill or writing exams.

The first mosque they attended was the Gold Mosque because they were aware that it had women’s facilities. Khan, who grew up in the mosque where she attended Madressah (Islamic school) as a child, had never prayed there as an adult.

When they arrived at the mosque, they saw an older woman leaving frustrated because the women’s facilities did not have a speaker for her to follow the taraweeh prayer in congregation. In the women’s facility there was a sign saying that women are not allowed to use the speaker unless it is to hear adhan (call to prayer) because women need to pray alone.

Khan and Allie struggled to get a speaker that night but eventually managed to attain a small radio speaker to follow the taraweeh prayer. They prayed there for a week and a half and a few other women started joining them as well. The speaker had altered the dynamic and allowed women to pray taraweeh instead just wait for hours for their husbands.

The two decided to host a small iftaar on Friday, 31 May and distributed a poster asking women from the area to join and meet them. They tried to contact the mosque management but were brushed off.

Everything went awry when the mosque management caught wind of the iftaar. They were met with extremity and harsh demands where mosque authorities called this gathering bidah or an innovation in religious matters and said the women had not obtained permission to host an event.

Both Allie and Khan who furthered their Islamic Studies at the Medinah Institute in Cape Town knew this was not the way to respond. Besides, the men break their fasts there every evening.

The iftaar, with close to 30 women in attendance, went on smoothly until a man threatened the women to leave when they proceeded into the demarcated section for women, which has a separate entrance. “Under no circumstances”, he said, “are women allowed to pray here unless they are travelling”. He said he was to lock the back room which had signs put up that we had to leave after maghrib (sunset prayers).

After performing maghrib, Khan and another woman asked the caretaker of the mosque to open a classroom for the ladies to finish eating and perform the evening prayers.

“We were sitting in utter darkness and we would not eat really, because we could not see. We said we would really like to be in a room with a [loudspeaker] so that we can read taraweeh and he said ‘absolutely not’,” Khan said to Voice of the Cape.

The women then sat in ‘a peaceful protest’ in the courtyard of the mosque. Before the evening prayers were about to commence, a group of men approached them and demanded that the women not pray in congregation and leave the area. A man pushed a woman as she protected her daughter who was attempting to record the incident, Khan said.

“He charged at her and pushed the mother and one of the women and I tried to get him off of her and tried to calm the mom down, because at this point she was shaking,” she said.

Another man eventually intervened and arranged for a room for the women to pray in where they completed the remainder of the evening prayers.

Khan said with both incidents she was so shocked at the way the men behaved at the mosque. “I’m still shocked because the men felt it was okay to lay their hands on us,” Khan said. The worst part, she said, was that no one did anything.

“Men would stand back and know this is an act that is wrong and didn’t take responsibility for it,” she said.

When the Spur video went viral, and with the #MeToo campaign, men stood up to condemn their fellow men, she said. “In our Muslim community, we realise they are not vocal about gender-based violence even in the mosque space for women who want to pray,” Khan said. She said this is deeply rooted in toxic masculinity and patriarchy.

Khan said mosque officials confirmed that the prayer room would be remain available to women after the incident on Friday, but on Sunday night the room was locked midway into evening prayers.

Khan and Allie were promised that they would be able to engage with mosque officials about the incident, but to date no communication has been received.

To pray at the mosque is sunnah, Khan said and the Prophet Muhammad (PBUH) did not ban women from mosque.

“We live in a critical time where women are not empowered because we are kept behind closed doors,” Khan said. “The mosque is not just a place to pray, it’s a place to grow spiritually. It has nothing to do with men really, they’re just there. We really want to grow with each other,” she added.

At the end of the day women just want respect and love from our communities, Khan said. All Khan and Allie want is for women to be treated equally and for men to respect women equally. “Women need respect for their voices, their bodies, what they have to say and their minds,” she said.

The Daily Vox has reached out to the Jamiatul Ulama South Africa and will update the story should it be received.