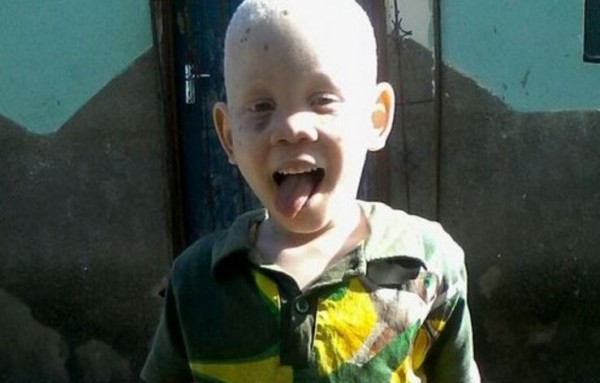 It has been overÂ two weeks since four-year-old, Maneliswa Ntombela, a child with albinism, was abducted while he played with his cousin near his Esikhawini home in Richards Bay.Â According to media reports, Â theÂ cousin told her mother, Qhaphi Ntombela, that two men who appeared to know Maneliswaâ€™s name had abducted him.

Police spokesperson, Lieutenant Colonel Thulani Zwane, said that the investigation hasnâ€™t yielded any results but the search for the boyÂ continues. â€œWe currently have no leads but we are following all the reports from the people to see if we can find any leads. We are also pleading with people who may have information of the boyâ€™s whereabouts to come forward,â€ said Zwane.

It is feared that Maneliswa may have been abducted for use in muti rituals.

The Albinism Society of South Africaâ€™s chairperson in KwaZulu-Natal, Bhekisisa Thabethe, says that the KwaZulu-Natal province has the highest prevalence of disappearances for people with albinism.

â€œSo far we have one confirmed incident of someone who was killed, a woman from Manguzi who was killed. I canâ€™t really say that the killings are common because usually when people go missing sometimes their whereabouts are often undiscovered, hence we cannot confirm their murders,â€ Thabethe said.

Although the killings are said to be sporadic, Thabethe says that people living with albinism are still faced with prejudice. â€œAlthough some departments are making an effort to try and work with the Albinism Society to raise awareness, there is still a challenge. The government is as ignorant as the people and that makes it difficult for people to feel safe because of fear of not knowing who they can relate to and interact with,” he said.

â€œSince albinism was declared as a disability, working with the Department of Social Development and South African Social Security Agency (SASSA) has been easy and we are satisfied with their intervention because they understand albinism on a level of a disability,â€ saidÂ Thabethe.

In 2014, a 14-year-old boy, Sibusiso Nhatave went missing on his way back from school and he was never seen again. In August 2015, a 20-year-old woman with albinism, Thandazile Mpunza, from Manguzi, northern KwaZulu-Natal, was killed and dismembered for muti.

The superstition and stigma associated with albinism hasÂ left those with the condition feeling isolated and excluded.

While the search for a four-year-old Ntombela from Isikhawini continues, the Empangeni Family Violence, Child Protection and Sexual Offences Unit has arrested a 28-year-old woman who was allegedly arranging to sell childrenÂ with albinism to a traditional healer.

She had arranged to sell oneÂ child for R100, 000 to a renowned community healer and has beenÂ charged with human trafficking.

In the meanwhile, theÂ belief that albino body parts mixed with muti can cure illness or bring good fortune is being blamed for the further persecution of people with albinism in South Africa. Kwazulu Natal MEC for Social Development Weziwe Thusi has pleaded with traditional healers to stand up against the killings of people with albinism.