Home Sexism If you think you may be part of #NotAllMen, read this
WhatsApp
Facebook
Twitter
Email
Print 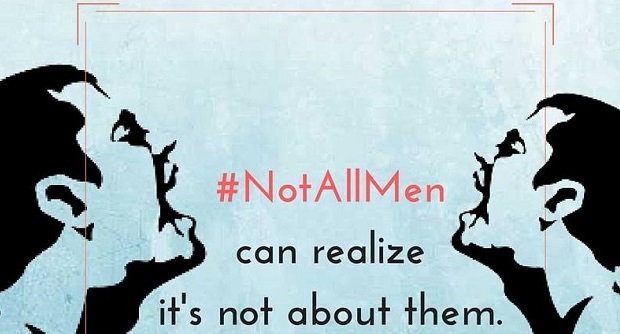 During a new year’s eve celebration in Bangalore, India, police reported evidence of widespread sexual assault having taken place, with many women saying they had been publicly molested by men in the crowd. In widespread condemnation for the assaults, many men felt the need to defend themselves, beginning the hashtag #NotAllMen, much to the ire of many in India and around the world. Facebook user, Kalpak, penned this response.

I hear you. I am one of you. Yes, it feels bad to be generalised and blamed for the wrongdoings of someone else when the only common thing between you and them is gender.

But let’s give our #NotAllMen war-cry another introspection.

Yes? Then you obviously don’t fall under #NotAllMen.

Have you ever groped someone in a crowd? Or even intentionally brushed your elbow against a boob to feel it?

Yes? You too do not qualify for #NotAllMen.

Have you been witness to an act of sexual violence against someone, and done nothing about it? It could be rape, molestation, or even teasing.

Yes? Then kindly step out of that holy circle of #NotAllMen.

Safe so far? Checked everything “no”? Well good for you, then. You are a decent fellow.

Let’s dig further, shall we?

Have you ever had a female friend of yours come up to you and share with you a dark secret from her past about when she was wrongly touched, or worse? Did you, then, just act as a sympathetic listener? Did you just console her and never encouraged her to talk to her elders about it?

Yes? I am sorry but you do not fall under #NotAllMen.

Are you a father or an elder relative of someone who never ensured that s/he learns self-defence, and never taught them good touch/bad touch only because it would get awkward?

Or are you a father or an elder relative of a boy who never discussed such news with him so as to make him understand that these acts are unacceptable and should never ever be committed under any circumstance?

Yes? Then sir, kindly step out of that #NotAllMen circle.

Moving on, have you ever feasted your eyes on a random girl in a public place? No, I don’t mean “checking-out”. We all do that. People of all genders do that. We are sexual beings and hence checking someone out is natural. What I am referring to here is ensnaring someone with hungry eyes, especially focusing on their sexual parts, making them uncomfortable. Have you?

Yes? Then you know what I am going to say.

Have you been with a friend who has done this and not stopped or corrected him?

Yes? You too sir, kindly join your friend who just stepped out of the #NotAllMen cover.

Have you ever judged a girl to be easy because she wore a short dress? Or because she was holding a cigarette, or drinking too much?

Yes? I am afraid, you too sir. Kindly step out.

Are you still inside that circle?

Wow! Are you Steve Rogers?! No? Well that is awesome! Go ahead, get a t-shirt that says #NotAllMen. You deserve it, pal.

(P.S. I myself came out of that circle sometime during the filtering.)