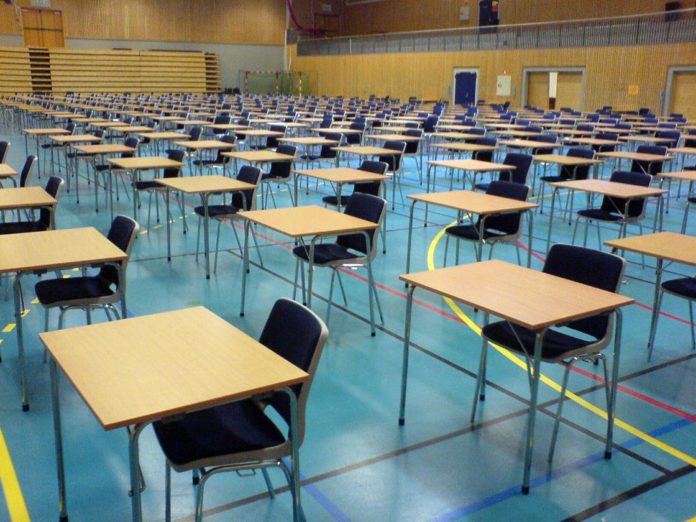 Not everyone passes matric on their first try, which is why the Department of Basic Education (DBE) introduced a “second chance” programme in 2016. This allows people to rewrite their matric exams. The DBE recently announced an extension for registration in the programme: today (March 31) is the deadline.

What is the second-chance matric programme?

This DBE programme provides support to learners who haven’t met the requirements of the National Senior Certificate (NSC) or the extended Senior Certificate (SC) during an initial sitting. The government programme, launched in 2016, gives learners the chance to rewrite the full set of examinations; those who passed the NSC but want to rewrite certain subjects can also use it.

What is the difference between the NSC and SC?

The NSC is written by people younger than 21. It refers to the examinations written at the end of the year by school-going learners or those candidates working towards matric outside the schooling system. The SC is for those aged 21 or older who completed at least Grade 9 while in school and have been out of the formal schooling system for more than three years.

Why is the programme important?

Youth Capital, a youth-led campaign with an Action Plan to shift gears on youth unemployment, recently released a special report on the programme. The report, based on research by Youth Capital and Stellenbosch University, shows that 250 000 young people are trying to obtain their matric certificate through the programme; however, the DBE doesn’t make data available to show how many are successful.

Speaking to The Daily Vox, Kristal Duncan-Williams, Project Lead at Youth Capital said the matric certificate was important because it’s the only thing that proves a person has completed 12 years of schooling. Many learners don’t get that certificate because they’ve dropped out or didn’t pass the final examinations.

The department of education has been contacted for comment around the programme’s success rate. The piece will be updated once received.

How does the programme work?

Those who meet the requirements can register via the department’s website or their local education district office. It is free to register for the programme. However, Duncan-Williams said that young people inevitably incurred costs: for tutoring, printing learning materials and travelling to the district office to register or to the examination venue.

Professor Martin Gustafsson from Stellenbosch University’s Research on Socio-Economic Policy, who was part of the research, said the programme unlocked opportunities by allowing young people to progress to further training, education and employment.

What are the issues?

While Youth Capital acknowledges that the government did good work in recognising the gap for these “missing students”, there are still many issues. Duncan-Williams said the communication from the department was shocking and there was a lot of contradictory information. Even the information about the extension was only tweeted out by the department’s spokesperson a week before the closing date.

A parent of a student attempting to rewrite matric told The Daily Vox they were grateful for the extension. However, they found a major disconnect between the department and its smaller regional offices. “The smaller offices were not aware of the extensions, so we were initially turned away,” said the parent, who also complained that telephone calls were rarely answered.

“The Second Chance programme receives considerable attention among the education departments, but I think its scope needs to be clearer, or perhaps wider. There clearly needs to be more integration across the various related activities,” said Gustafsson.

What should the government do?

So far, the government has provided resources for students and individuals preparing for the exam. The government website is also zero-rated, meaning you don’t need data to access it. But students need much more support. Sandiswa Gwele is the founder of Ukhanyo Foundation NPO , which provides a ‘second-chance’ support programme to learners from disadvantaged backgrounds who have been unsuccessful in their matric examinations. The NPO provides tutoring and classes, as well as helping individuals with the registration process.

Gwele told The Daily Vox that supporting these young people in getting their matric certificate meant breaking the circle of poverty in their families and the community at large. “My wish is to see a future in which African youth fearlessly pursue their ambitions irrespective of their backgrounds,” Gwele said.

She said the government must provide people with accessible, simple and relevant information around the process. “Provide support and resources to community based organisations to catch these young people and give them a second chance to succeed,” she said.

Find the report and research into the programme from Youth Capital here.