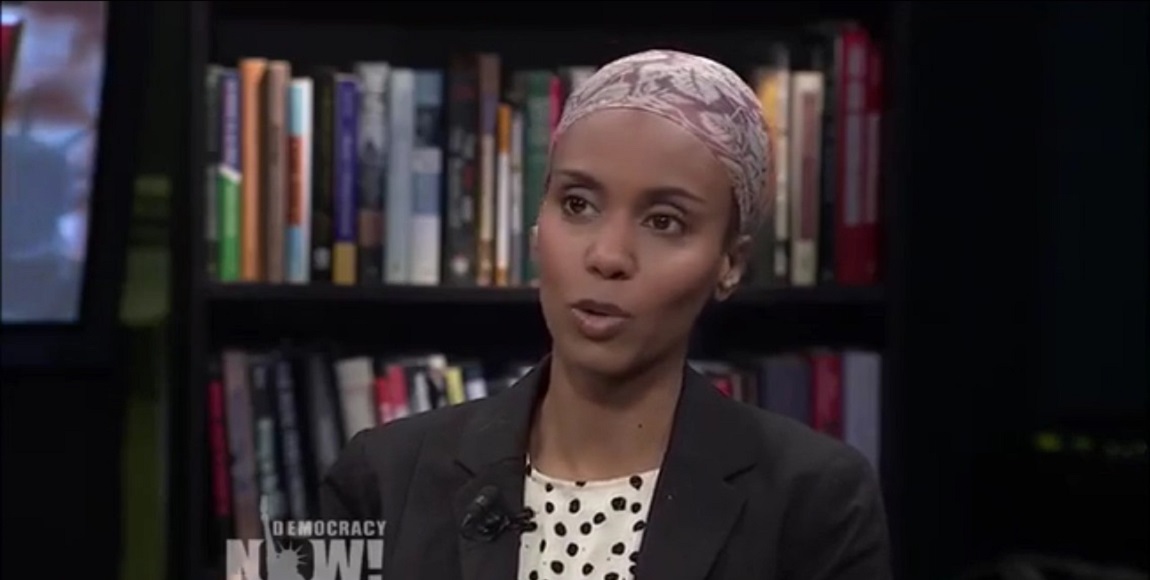 On 28 January 2017, US president Donald Trump issued an executive order, which restricts immigration from seven Muslim-majority countries, suspends the US refugee programme for 120 days, as well as bans Syrian refugees from entering the country until further notice.

Trump said he signed the order to protect the people of America from terrorists and those who seek to harm US citizens, and in effect, added to existing fear mongering and Islamophobia.

But peopleâ€™s attitudes were not the only thing affected. When the order took effect, it caused an uproar, with many green-card holders not being allowed back into the country and some being detained at major airports across the US. Many were also afraid of leaving to visit family for fear of not being allowed back.

A Sudanese student, Nisrin Elamin, who is currently studying a PhD at Stanford University, was detained at JFK International Airport in New York shortly after the order went into effect. Elamin was interviewed by Democracy Now, and her interview is republished below.

â€œI boarded a plane in Sudan shortly after finding out about the executive order. I was trying to get back before it came into effect, but I missed the connecting flight. When I got in, I was escorted into a separate holding area. I was questioned extensively, in part, among other things, about my views about the political situation in Sudan, about whether or not I knew of radical groups in Sudan, whether I knew people who had radical views. I was asked to share my social media handles â€” not my passwords, but my social media handles.

I was then asked to kind of sit tight and wait as they were trying to figure out what was going on, because the order had literally just been signed, so â€” or they were just getting notice of it, so they really â€” the officers didnâ€™t really know what they were doing. And they told me, eventually, that I needed to get transferred to Terminal 4, which is a 24-hour holding area. And before doing that, I had to be patted down. And so, I was led into a room. I was patted down. It was a very uncomfortable pat-down. I was touched in my chest and groin area. And then I was handcuffed briefly. Thatâ€™s when I started to cry, because I felt like â€” at that moment, I felt like, â€˜Okay, Iâ€™m probably going to get deportedâ€™. And they didnâ€™t â€” they realised they hadnâ€™t handcuffed the other person who was with me, who was an Iranian green card holder, and so they took off the handcuffs, transferred us to Terminal 4. There were other people at this point who were getting led in in handcuffs who were Iranian and Iraqi citizens with valid visas.

Eventually, I got out, after five hours. And I was told â€” I asked the officer if I would be able to go back to Sudan, because I havenâ€™t finished my dissertation research. And he recommended that I not go back, unless I was willing to be subjected to that whole procedure again. And he said, â€˜You know, I would stay put if I were you,â€™ because green card holders were being treated on a case-by-case basis.â€

Elamin was asked if she had any sense that the customs officials and the immigration officials were on the same wavelength or knew what they were doing, or whether there was a lot of confusion.

â€œThere was a lot of confusion. It was very chaotic. And they admitted it to me. It was interesting watching. I feel like when I first got into the holding area, which I was quite familiar with, because when I was an F1 [visa] and when I was on a student and work visa, I was often questioned in that room â€” I never expected to be in there as a green card holder. But, you know, there was a lot of confusion. They didnâ€™t know what to do with us. And in the beginning, I felt like I was being treated quite well. And as the night progressed, I feel like I watched our kind of progressive criminalisation, if you will. And that was as people were trying, scrambling to get direction from higher-ups in Washington.â€

She was also asked about the authorities not being used to holding green card holders, to which she responded: â€œExactly.â€

Elamin was also asked if she felt he was treated differently as, not only an immigrant, but as an African immigrant. She responded: â€œYou know, itâ€™s an interesting question. I think, on the one hand, I was probably treated much better than other people, partly because of my affiliation with Stanford,â€ and said the university helped her come back as fast as she could once they realised what was happening. â€œThey paid for my ticket. I also, during the interview, told them that I was a Stanford PhD student.â€

â€œI think that, you know, led to me being detained for five hours, as opposed to another Sudanese person who was detained for 30 hours and is in his seventies. So, I think that thatâ€™s one aspect of it. On the flip side, when I went to Terminal 4, they didnâ€™t know my background, and I did feel â€” you know, I guess the point that I actually want to make is, you know, I think this order is a reflection of a larger trend in this country to criminalise black people, to criminalise immigrants to criminalise Muslims. And as a black Muslim immigrant, Iâ€™m really concerned about that. And I do think that the Somalis and Sudanese, people of African descent who are going to be affected by this, you know, I think theyâ€™re going to be treated differently, frankly.â€

Elamin made the point that other terrorists, people like Dylann Storm Roof, who murdered a bunch of innocent civilians, terrorising a whole population â€” making a comparison to how communities are treated, saying: â€œI guess I want people to realise that, you know, to imagine a ban on white Christian males from schools and churches, where these kinds of terrorist acts have happened, like the one Dylann Roof committed. You know, that would be nonsensical. And I think this is very similar.â€

This interview originally appeared on Democracy Now and is republished under Creative Commons access.