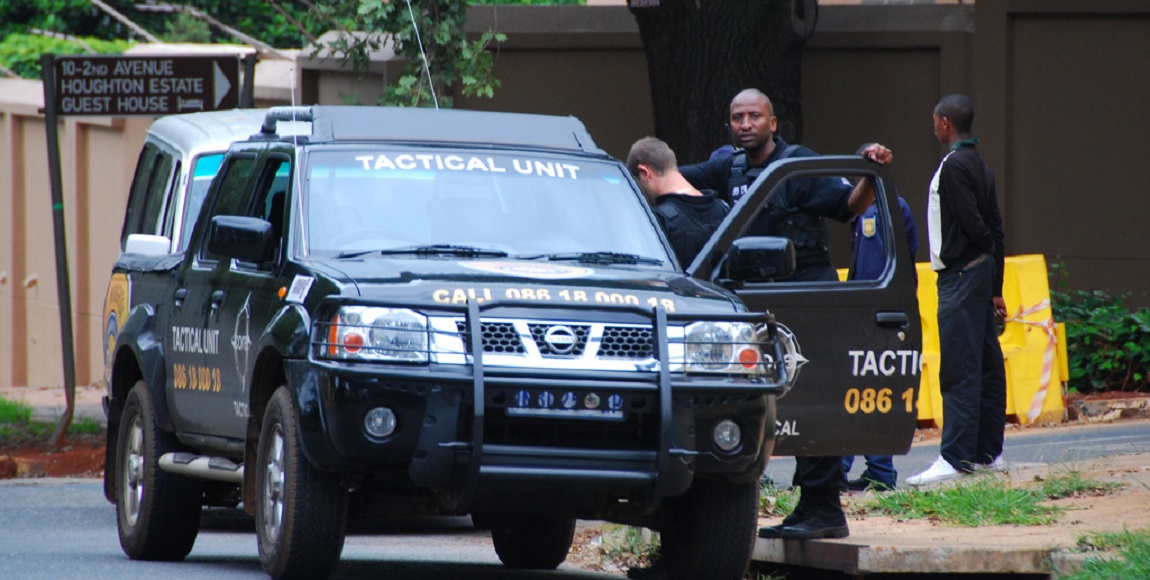 The University of Pretoria (UP) is advertising a tender calling for the provision of â€œad hoc crowd control servicesâ€ on all campuses of the university. This means the university is looking for private security to monitor their campuses.

In the tender, the university states that it is doing so to protect students on campus and enable them to safely participate in student activities. The tender calls for a service provider who can supply 150 security officers equipped with batons, water cannons, pepper spray, handcuffs and riot helmets.

With #FeesMustFall potentially starting up again this year, the tender raises questions around whether UP is preparing itself for upcoming protests.

According to University of Johannesburg Professor Jane Duncan, it is unusual for the university to advertise a tender this way. She said that during #FeesMustFall protests, universities claim to resort to private security guards because they donâ€™t want to bring police onto campus, as a police presence may increase the potential for violence. â€œHowever, there is no guarantee that private security guards wonâ€™t resort to violence either, although clearly they canâ€™t be armed in the same ways as the public police,â€ she said.

According to Duncan however, private security is not regulated by this rule or any similar, meaning their crowd control activities are under-regulated. â€œIn fact, I believe that some of the training manuals used for private security crowd control during the [#FeesMustFall] protests in 2015 and 2016 are shockingly out of date and showed little regards for the Constitution or the Operational Instruction [Act],â€ she added.

According to the Mail & Guardian, private security is regulated by a code of conduct developed by the police minister, which states that private security is not allowed to act in a way that â€œharms the public or the national interest.â€ The code also prohibits them from detaining or arresting anyone unless it is necessary and is within the boundaries of the law.

Duncan told The Daily Vox that there is no transparency when it comes to training processes for private security guards, and issuing tenders for private security on campus is no solution to crowd control on campuses. According to the Private Security Industry Regulatory Authorityâ€™s acting deputy director for law enforcement Stefan Badenhorst, some private security officers employed by universities during #FeesMustFall protests are not properly trained or well equipped to successfully perform the task.

Duncan concluded that the vagueness of the tender document raises concerns over how the university will police campus protests. â€œThe tender document requires the applicants to demonstrate their experience of crowd control. It suggests that the university seeks private security guards that will police protests by all means necessary, rather than seeking companies that are skilled in conflict de-escalation or resolution,â€ she said.