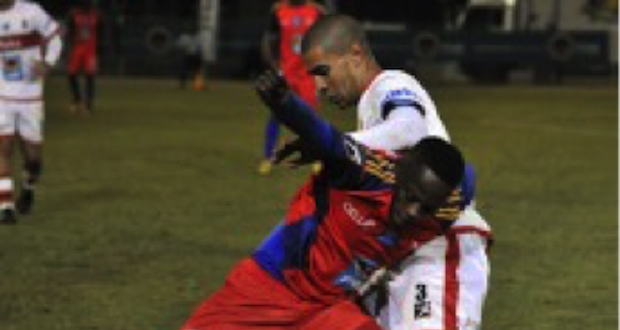 The 2015 edition of the Varsity Cup football competition kicked off on July 20 and MICHAELSON GUMEDE is here to walk you through the tournament and the contenders, starting with title holders the University of Pretoria (UP) who have won the competition two years running.

The University of Pretoria is the team to beat at the Varsity Cup. The team was established in 2012, just a year before the inauguration of the Varsity Cup and have since then won two out of the three titles.

Coach Evangelos Vellios has been with UP since the teamâ€™s inception and told The Daily Vox itâ€™s been inspiring to work with such dedicated and ambitious young footballers.

“It has been tremendous experience,” he said.

Vellios and assistant coaches Tilisane Motaung and Steve Matlouwere pivotal in UPâ€™s 2014 triumph. The team scored 13 points in seven games to advance to the knockout stage and finished in position three after the league stage.

There are about 38 players in UPâ€™s student football team, but only 25 make it to the Varsity Cup squad, with five on standby.

This year the team has a mix of youth and experience. â€œWe have a core of players that have been with the team in 2013 and 2014. We got a couple of young stars that have been promoted from the U-19 team. I think they obviously gained experience from this group,â€ he said.

Vellios has high hopes for a new addition to the team – 19-year-old Leonel De Mendonca, a sports science student who came up through the academy ranks. De Mendonca plays in the back line.

â€œIâ€™d like to win the tournament,â€ said PSL-hopeful De Mendonca. â€œBut if we donâ€™t [win], as a young star I most certainly will gain experience â€¦ Hopefully luck will be on our side.”

Vellios said the team is focusing scoring enough points during the league stage of the competition to finish in the top four and so secure a home semi-final in the knock-out stage.

For Vellios, the key to doing well in this competition is to play with good defensive strategy .

â€œWe pride ourselves on clean sheets. In 2013 we had a lot of clean sheets – in nine matches, and all the way to the final, we kept six clean sheets. We build a foundation from a defensive point of view, so I think clean sheets will certainly help us win the competition,â€ he said.

If the team is to play defensively, theyâ€™re in good hands. David Ribero (23), a former AmaTuks PSL player, is formidable in goal and has his sights set on returning to the PSL.

â€œWeâ€™ve prepared well, like a professional team. The most important part is that we keep clean sheets,â€ Ribero told The Daily Vox.

Lawrence Ntswane, the teamâ€™s vice captain and a key defensive player, is one of the young stars to look out for during the competition. Midfielder Jeremiah Nkwana (22), who was joint top scorer in the World Students who also represents South Africa at U-20 level is another.

UP captain Robin Swartz (25), is back in competition after having spent much of last year on the bench due to injury. Swartz said that the mix of new and experienced are a boon for the team, with new players feeding off the energy of the veterans.

“We won the previous two competitions, but it does not get any less enjoyable, we are still very hungry,” he said.