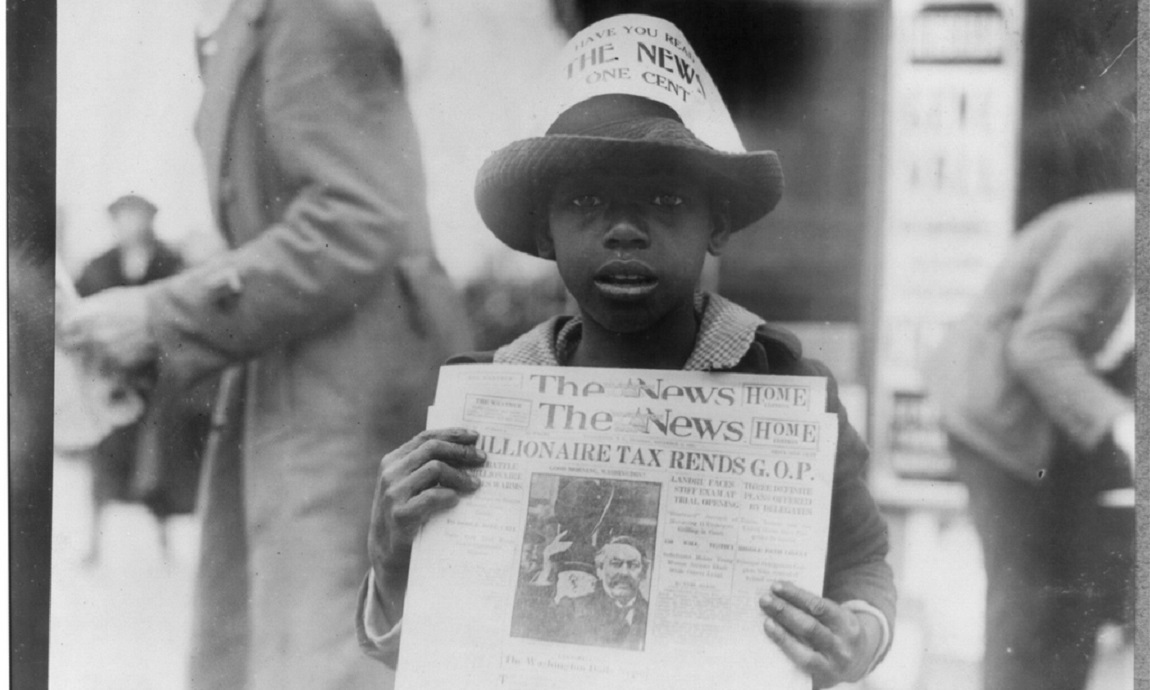 Aldana Dulhahde and Jan Willem are two of the many fantastic presenters who will be appearing at the Nelson Mandela Children’s Film Festival which runs from June 16 to 18. The festival is about celebrating children in media as well as Nelson Mandela as 2018 marks the Mandela Centenary. Dulhade and Willem do great work through their organisation, WADADA News for Kids. The Daily Vox spoke to them about children in media.

WADADA News for Kids is news that is especially made for children and with children as the main characters but made by professionals says Willem.

“Children pick up a lot of news that they don’t understand well or that is frightening to them because it is not made for their level of development. Therefore it is essential that special news bulletins are made for children by professionals who are specialised.”

Willem says because a lot of information out there is manipulated either being fake advertising or fake news, they focus on Digital News Literacy, a new educational approach to support children to understand the world of news media better, and to share and produce better information themselves.

WADADA works with children all around the world as well as on the African continent.

Willem says he doesn’t see big differences in the WADADA news reporting in African countries and the rest of the world, and this is mainly because they works with one basic standard, basic training, basic vision on news.

“The differences are maybe in the way a story is dramatised, children are interviewed, or how the news is presented. One thing I noticed that when the news is presented in a studio the presenters talk quite a lot. But it is difficult to say if that is a cultural thing or that in this way it is cheaper to make more minutes for less money,” he says.

Willem adds that making news is relatively expensive. “We constantly need to find ways to be more efficient.”

In terms of the process of creating news for children, Willem says making news for kids means you work basically with kids, while in ‘adult’ news kids are hardly seen.

“Working with kids needs more and special training, more preparation because you have to involve the parents, more laws to respect, more protection to give to kids while filming or after that an item has been published on TV or online etcetera,” he says.

The writing process is different, Willem says, because you have to use language and words that children understand, which in general means you can use less words. Interviewing is different as you have to take more care of the one you interview and maybe you have to give some context first before you ask a question.

“What people mostly say to me is that we didn’t treat the disabled child in the film as disabled, as being sad. But we showed the person behind and how he and his brother take kind of advantage of the fact that he is disabled. In the workshop I will also talk about my experiences of creating such films and working with kids with different capacities. We have to take care that anyone feels included in TV programming and find ways to engage the audience,” he says.

Dulhade will be presenting a workshop on how to interview children. She says working with children is fascinating and is about having two completely different aims at the same time: to discover and take the best out of each of them, in his or her uniqueness, and to fulfill your professional challenge.

“In journalism for kids, this delicate balance between witnessing the reality as they live it and modulating that richness into the shape that the audiovisual piece demands is the most difficult part of our work because we are talking about constructions, creations, that carries all the responsibility and the privilege of being a team with the kids,” she says.

Dulhade adds: “Each day is more clear that they have the right to speak up, and they know about this power. Even then you have to be aware of the difference between giving them a microphone and giving them a voice. Giving them a voice is to deliver the best quality the media can offer to respect their opinions and make them travel far.”

On the legacy of Mandela, Willem says he learnt about the anti-apartheid activist through the famous Dutch footballer Ruud Gullit, who spoke for the icon, who was still in prison then.

“This way I heard his story and was impressed and angry about the injustice and the involvement of my country Netherlands in the bad history of South Africa. […] Through popular culture I learned Mandela’s history and from that moment on I followed him closely. In 2007 I visited his house in Soweto. And when I started to work for WADADA News for Kids the first news item that I made for the world edition was about Mandela.”

Dulhade says she has great expectation of the festival to exchange knowledge and passion for the new ideas needed for the peace building in the world.

“Nelson Mandela is for me an inspiration, a motivation to act, in one of the most fertile fields that we have. Two of his quotes have a strong impact on my personal and professional life ‘Education is the most powerful weapon which we can use to change the world’ and ‘It’s always seems impossible until it’s done’,” she says.

The inaugural Nelson Mandela Children’s Film Festival will be taking place from 16 June to 18 June.The theme of the festival is The Children’s Champion: Celebrating Nelson Mandela’s Centenary.