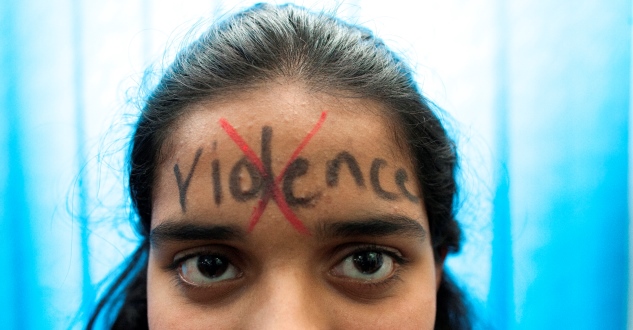 As the 16 days for no violence against women and children campaign ends, THE DAILY VOX TEAM rounds up a list of organisationsÂ that you can support all year round to help those directly affected by gender violence. The Triangle Project
The Triangle Project is a non-profit human rights organisation based in Mowbray, Cape Town, that advocates for the rights and the welfare of LGBTI communities. ItÂ works towards a society free from prejudice, discrimination, victimisation, heterosexist violence and the oppression of gender and sexual minorities.

Health and support services manager Sharon Ludwig says: â€œOne step we can all take to end violence against people who are gender non-conforming is to begin to change people’s attitudes towards LGBTI people.â€ This can be accomplished by speaking out against homophobia and prejudice by taking a stand whenever you come across it.

“Incidents do not start with physical violence,” she says. “They start with prejudice.” Â – Dana Da Silva The Green DoorÂ
Green Door is a victim reception centre located close to the Diepsloot community that focuses on supporting women and children who have been victims of domestic and sexual violence. Launched in 2013, the centreÂ functions as a short-term safe space that abused women and children can access if they need to report crimes to the police or wait forÂ professional services, such as healthcare and counselling.

It advocates for women and children’s rights, rendersÂ skillsÂ programmes, educates victims of crime and hosts workshops at schools and churches.

The organisation receives no funding and Brown Lekekela is the Green Doorâ€™s only counsellor. The organisation is in need of financial and material goods to support the women and they currently need a computer, printer, fan, washing machine, non-perishable food, new or second hand babies and women clothes, baking stove, refrigerator and, most importantly, financial support.

Lekekela says in a Mail and Guardian article that, â€œWhat leads to a lot of Diepslootâ€™s problems is that children here grow up without fatherly love. Diepslootâ€™s children put their trust in strangers who can abuse them. To them, they are not strangers, they are their uncles, because they give them five bob, buy them sweets â€“ things that their fathers never did.â€

This is why Lekekela wants to host father support groups where they can share their problems and success. He also says that that need to do more by hosting on-going behaviours and attitude change workshops to break theseÂ patterns. – Dana Da Silva Centre for the Study of Violence and ReconciliationÂ
The Centre for the Study of Violence and Reconciliation (CSVR) was launched in 1989. It works on issues of violence and peace, with a commitment to providing tangible interventions for policymakers, educators, training services and other civic agencies to use in the course of their work. It has also committed a focus to gender-based violence in South Africa â€“ how to understand its occurrence, and develop solutions to deal with it at both the governmental and societal levels.

The CSVR has challenged the decision to place gender issues under the auspices of the Department of Women, Children and People with Disabilities, and has also questioned the weak structures available for victims of gender violence to seek recourse. It has also implemented several community-based initiatives to educate people about and deal with the social issues giving rise to gender violence, while doing committed research on the effects of policy, law enforcement and cultural beliefs that prevent or encourage these forms of violence.

The three primary goals of the CSVRâ€™s gender-based violence programme are to: understand the root causes of gender violence so that it may be prevented in future; promote state accountability in improving the delivery of services and support to victims of gender violence; and to address the relationship between HIV/Aids and gender violence.

It also does important work on violence and xenophobia towards migrant women in South Africa. The CSVR updates its website with details of events and projects. Prospective interns or those seeking more information can also contact the centre for more information. – Tarryn de Kock Shukumisa Campaign
Shukumisa was launched in 2008 by the National Working Group on Sexual Offences as a means to monitor the implementation of the Sexual Offences Act. It is an umbrella organisation currently comprised of 47 member organisations across South Africa that work in the field of sexual violence and child abuse.

Shukumisa, meaning “to shake up”, aims to disrupt established attitudes towards sexual violence in South Africa and toÂ combat the negative experiences of victims of sexual violence in the course of seeking justice, support and health services.Â ItÂ emphasises the importance of fostering a society that takes rape seriously and a justice system that is responsive to the realities of South African society. They also find that it is crucial to end the prevalence of slut-shamingÂ and victim-blaming.

ShukumisaÂ welcomes discussions on their Facebook page and encourages people wanting to get more involved to work or volunteer with one of their member organisations and to support their activities and advocacy.Â – Tarryn de Kock The Sex Worker Education and Advocacy Task Force (Sweat)
Sweat, which has its head office in Observatory, Cape Town, advocates for the rights of adult of sex workers and for the decriminalisation of sex work. “We help sex workers to access legal services, health services, run creative services, and we run a 24-hour help line,” says Sweat advocacy manager Ishpar Lakhani..

“In South Africa, sex work is fully criminalised. As a result of this, sex workers are in a very difficult position and they are very stigmatised; they need our support and services. We need to create safe spaces for them and give them support,” says Lakhani.

“We also provide sensitisation training for people who want to volunteer to help us, especially with counselling services. When it comes to sex work in particular, we need to lobby for law reform. We need to acknowledge that criminalizing sex work is not in line with our constitution. Legalising it will protect women more – they will be able to go to the police and seek redress.”

Because it works with a criminalised population, Sweat’s funding is quite limited. Financial donations are always welcome. – Aaisha Dadi Patel Hajee was “given away” by her mother when she was 10 days old and sent to an orphanage where she suffered rape and abuse.

“I went back to my biological mother and her husband started doing the same. I was soon living in the streets,” she says. “The law must be stricter on men, and there needs to be more safe places for women. For a woman to be on the streets is so painful and scary – we need to understand that, and in our communities try to prevent that.”

“We are really wanting for more space right now. Some people even have to stay in our offices. We would really appreciate financial contributions – we need to improve our facilities and also to buy necessities such as clothing.” “We know that the real scope of the problem is a lot bigger. Rape victims need a lot of support which they may not always receive, and we try to be a space where they can get that,” she says.

“The most important thing is for us to be supportive of those who disclose – there is a lot of victim blaming, and it’s important that we don’t shame people who are already emotionally volatile after being through that trauma. But really, what we need to keep doing is challenging rape culture in communities.”

The organisation has been raising funds to train volunteer counsellors. “It is a very intensive counseling course which costs R4,000 and we don’t like to turn people who are willing but financially unable away,” says Strydom. It has also called for people to apply to be counsellors to assist victims, which they can do through contacting the counselling unit directly. – Aaisha Dadi Patel

“Given the world that we live in, there are much needed support structures necessary and we need to empower and uplift the community – people don’t always know how to cope,” she says.

The organisation welcomes financial donations and volunteers, particularly those who wish to be trained in trauma counselling.Â – Aaisha Dadi Patel Let Us Grow
Let Us Grow is a home-based care facility for abused women and children and those affected by HIV and AIDS based in Orange Farm, Johannesburg, one of the poorest communities in Gauteng. In addition to providing shelter and food to those who have nowhere else to go, Let Us Grow offers counselling and financial support for necessities such as clothes and basic services such as transport to courts where abuse cases are heard.

Mam’ Rose Phamae, one of the founders of the organisation, says there’s a need for support groups in communities like Orange Farm. “People shouldn’t be scared to speak up. Women should come out and be able to say when they are being hurt, without being shamed for it,” says Phamae.

“I’m a survivor of rape, and HIV positive myself. I understand and recognise how hard it is for women in places like this. There is a lot of domestic violence and HIV/AIDS is very prevalent. So there’s a lot of need for places where women can find support when they have absolutely nowhere else to go.”

The organisation has few resources and is in need of financial aid.Â – Aaisha Dadi Patel The founder, Gloria de Gee, encourages women to speak out about violence. â€œWomen should speak up about violence as soon as possible. Also, our justice system should start taking these women seriously, because as much as they report the violence, there is not much that the police do. If [women] see signs of violence they should run while they still can,â€ says de Gee.

The organisation desperately needs doctors and psychologists to volunteer their services. There is also a need forÂ maintenance as the centre’s infrastructure needs upgrading.Â Any contributions to the centre are howeverÂ welcomed. – Zilungile Mnisi