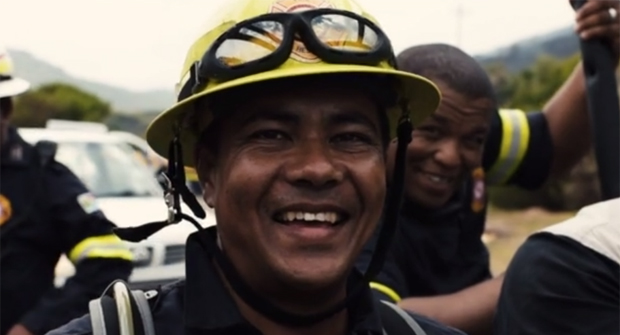 The fires in Cape Town last week have given rise toÂ a community spirit that reaches far beyond the Mother City â€“ and even South Africa. Actor and director Kevin Spacey is one US celeb whoâ€™s joined the call for donations to the Volunteer Wildfire ServicesÂ (VWS).

Inspiring film from @GinkgoAgency. CT community united in response to fires. My thoughts to a city I love. #CapeFire http://t.co/pOB2h3CVl2

Weâ€™re with Spacey here: among all of our superhero firefighters, the folks at VWSÂ deserve a special mention: the 180-strong team comprises entirely of volunteers, who are not paid for their work.

The Gingko Agency has produced a short video â€“ highlighting the spirit of the Cape Town firefighting community and calling for donations to VWS.

Cape Town on Fire – A Community in Crisis from Ginkgo Agency on Vimeo.

VWS marketing & communications director Patrick Ryan told The Daily Vox that there has been a â€œlarge increase in donationsâ€ since the fires last week. He was not able to give a specific figure, since the money received has not yet been audited, and more donations are still incoming. However, a fundraising drive by Kfm last week generated more than R3-million.

VWS has been going for 15 years but, asÂ a volunteer organisation its existence has until now been somewhat precarious.

â€œ[The money raised] isÂ going to be crucial to our longevity,â€ Ryan said. â€œEvery year weâ€™ve literally been existing on a shoestring budget. Now, once the impact of this fire has died down, weâ€™ll still able to keep going.â€

Ryan said that the money raised would go towards keeping the VWS vehicles, which areÂ all second-hand, running as well as providing the correct protective equipment for the organisationâ€™s firefighters.

If you would like to make a donation to VWS, their website offers a range of options, from one-off donations to ongoing pledges.Â

– Featured image: Screengrab from Cape Town on Fire – a community in crisis video.Â