Home Sexual Violence We can only end gender violence if we stop making excuses for...
WhatsApp
Facebook
Twitter
Email
Print 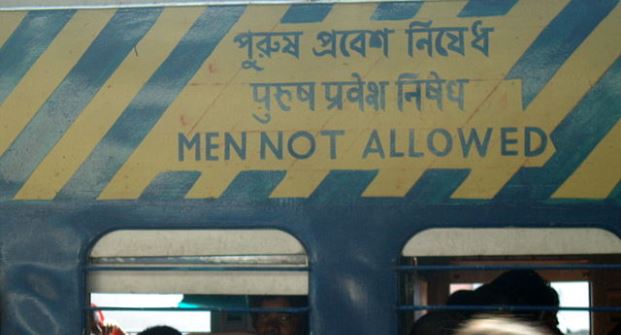 If we are to end violence against womyn* and children, we need to stop making excuses for men, writes GULSHAN KHAN.

It was during the hajj, while performing the tawaaf around the Ka’aba, that I was first groped by a man. Just 14 years old at the time, in the vast swirling crowd with my parents, I believed that there was no safer, more sacred space. I was wrong.

Speak to womyn and they will tell you that incidents like these are not uncommon. Still, it took me years, and many more such incidents, to understand that it doesn’t matter how well covered your body is, it doesn’t matter how much you look to the ground, or try to shrink into invisibility, it doesn’t even matter where you are or who you are with – this, and much worse, happens to womyn every day. It happens everywhere, even in the most sacred of spaces, and it is not our fault.

The annual 16 days of activism to end gender-based violence (GBV) campaign draws to a close this week and it will have done little to shorten the list of horrors – street harassment, rape, murder, human trafficking, sex slavery, intimate partner violence, genital mutilation and breast ironing, and more – that womyn face each day.

We need to ask, what is the psychology that enables this collusion? What allows us to avoid confrontation when abuse happens around us? Why is it easier to believe that your niece is lying when she says that the most respected uncle in the family has molested her? Why is it more convenient to slut-shame a womyn before interrogating the unhealthy power dynamic that allowed coercive sex to happen with her pastor or her boss? Why is it so easy to write off cat-calling and the harassment of womyn as “boys being boys”?

To start with, we need to understand male privilege. The dominance of men over womyn and children has a name, and it is patriarchy.

In a world that has evolved by way of colonialism and capitalism, through a culture of war and control, fortified by subjective laws and interpretations of religious and cultural backing, men have been socialised into a position of entitlement. Womyn’s bodies are commodities to be owned and men have the structural and physical power to regulate womyn.

This idea of ownership and control exists even in our language. For example, a father “gives his daughter away to her new husband” as if she is his property. How then do we convince people that a wife is her partner’s equal and deserving of the same autonomy, respect and justice? Internalising patriarchy
The internalisation of patriarchy by womyn is the most ironic aspect. We place a high value on girls’ virginity and often older womyn, believing that this is the way things should be, prepare young girls to cater to men’s sexual preferences through female genital mutilation.

Across the world, patriarchy remains a dominant cause of the persecution and objectification of womyn. We teach our girls to cover up but when will we start teaching our boys not to expect unfettered access to womyn’s bodies? This expectation perpetuates the cycle of male entitlement and reinforces the idea that girls are simply sexual objects and are themselves responsible for the violence men subject them to.

Victim blaming, a symptom of the internalisation of patriarchy, remains one of the most pervasive narratives of sexual harassment, regardless of the fact that womyn are abused everywhere, irrespective of their dress or context.

Being completely covered is no protection, and the opposite is never an invitation, as I discovered during that hajj. I was a 14-year-old, swathed in cloth from head to toe performing a sacred religious ritual, yet someone felt entitled to lay his hands on my body. Men harass, grope, rape or murder womyn because they want to and because society deems womyn a site on which to assert dominance, often without reprisal.

In 2012, 23-year-old physiotherapy student Jyoti Singh was brutally tortured and raped by five men, including one teenager, on a Delhi bus. In March this year, one of her killers said womyn are to blame for rape, that “housekeeping is for girls” and that a “decent girl won’t roam around at 9 o’clock at night”.

“When being raped, she shouldn’t fight back. She should just be silent and allow the rape. Then they’d have dropped her off after doing her, and only hit the boy,” he said

Jyoti and her male friend, in the eyes of these men, deserved to be punished for acting outside the patriarchal psychology of what is deemed socially acceptable for womyn. They view themselves as the vanguards of this value system and believe that it is a justification for their violence. If men want to commit such acts, and they can, who are victims and survivors to stop them?

Boys will be boys
The saying “boys will be boys” reflects this internalised patriarchy and the idea that boys and men are incapable of regulating their actions, and so are not responsible for anything they do; they simply have violent urges and uncontrollable sexual tendencies.

Whether to justify bullying or rape, this thinking effectively allows men and boys to suffer the permissibility of low expectation and provides the ultimate get out of jail free card.

We should have higher expectations. Because not all men are arseholes and we should stop making concessions for those who are.

In a world where girls are forced to have theirÂ breasts ironed for fear of sexual molestation, are raped in futile attempts to make them become heterosexual, are too afraid to go to the toilet for fear of being raped and hanged, where womyn who have been violated bring dishonour to their families while their violators get off with their honour intact, where womyn are creating whole villages in which men are not allowed simply to be safe from violence; we are beyond desperation.

Dismantling gender inequality, empowering womyn and improving their socio-economic position will help alleviate the violence they face. But crucial to this is the deconstruction of the psychology of patriarchy and for all of us to truly believe that womyn are not inferior to men and they are not the property of men.

The path to dismantling this oppression is challenging but the courage to walk this path, however difficult, is needed now more than ever, lest we all face further losses.

A soldier once wrote that what he’d learned from war is that there are no limits to the things that womyn put up with. If you have not yet realised this, then you should today. This is a war, and it is everyone’s fight.

Gulshan Khan is a freelance writer, copy-editor and aspiring photo-journalist. Her interests include intersectionality; gender, race and class identity as well as new urbanism. You can read a longer version of this column on Gulshan’s Facebook page.