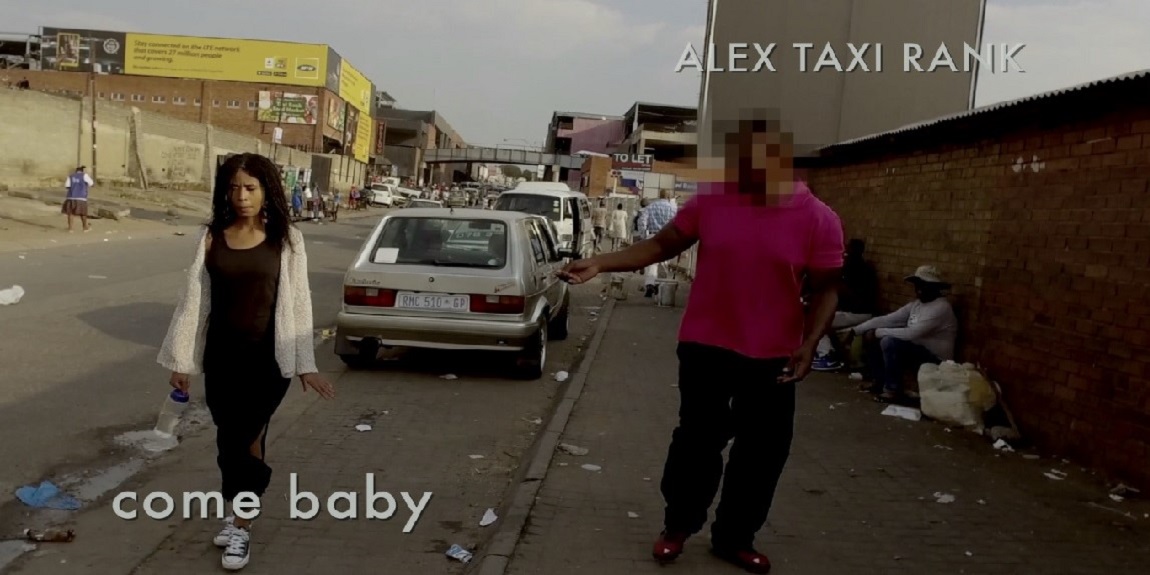 As part of the #SafeTaxisNow campaign, The Soul City Institute filmed a one-minute video to highlight the daily experiences of women sexual harassment of women in public spaces such as taxi ranks. A hidden camera follows two women, walking through Joburg taxi ranks, being catcalled by the men they pass.

#SafeTaxisNow coordinator – and one of the women in the video – Simamkele Dlakavu, says the video was made to create awareness of what women go through when using taxis. â€œWe wanted to highlight what women who go to work go through, young girls who go to school, when they use taxis,â€ she said.

Dlakavu added that the video is meant to show the normalised forms of sexual harassment in public spaces, that donâ€™t necessarily refer to rape.

The video is part of a broader #SafeTaxisNow charter they are currently compiling with amandla.mobi. The petition asks people to share suggestions on how to make taxis safer, in the hope that the Department of Transport and taxi associations will take steps to ensure womenâ€™s safety while accessing taxis.

â€œWe are trying to get input from women across the country, to find out what safe taxi ranks were to them,â€ said Dlakavu. Have you been harassed while walking down the street? Comment below or tweet us @thedailyvox and @SoulCity_SA