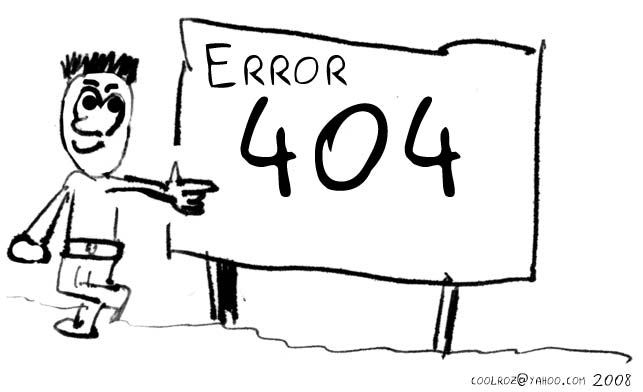 Senzeni na? What have we done? Indeed, what have black children done to be forgotten like this? Our ancestors fought against a despicable regime, they burnt their passes, they were beaten and some were killed. What was it all for?

Press statement: A call to join the Youth Day Parade for Justice and Change

The climate justice movement is a continuation of the fight against a system that sees us as objects, a system that exploits us for all we have, that has no regard for our health or our value as human beings.

This patriarchal, capitalist system is the same one that the youth of 1976 fought, that the women of the 1956 generation fought. This is the same system that continues to lead us down a path to destruction today. What is freedom if our futures are being burnt before our eyes by the very people elected to lead us. Instead of leading us into a prosperous future, we are being led down a path of climate catastrophe. The youth must build a new pathway that prioritises the needs of the people, protects the environment, and is paved with a foundation of equality, justice and inclusivity.

Just 8 years to make a change!

Our generation is unique in that we are fighting a ticking time bomb, we are not only fighting against the system but against climate breakdown. When we say this is an emergency, we mean it. Science is telling us that South Africa is heating at double the global average, this means climate impacts are going to become more severe, more frequent and will start having a compounding effect. If globally, we have until 2030, how long do South Africans have?

It seems as though the government is waiting for parliament to be under water to act. I wonder if they realise there are no elections, no task teams, no councils, and no parliamentary debates on a dead planet. We need urgent policy change urgently from the government, from corporations and from lawmakers. It is widely accepted that we only have until 2030 to limit irreparable damage to our planet, the consequences of this are unimaginable and will be unprecedented. Quite simply, while we stand on the shoulders of our ancestors, and build on movements that have come before us, we are the last generation that can save the planet. Anything other than NOW, is too late.

The youth has been meaningfully contributing to a solution-based approach to the climate crisis. If the government takes a moment to listen, it will hear that we stand with scientists, workers, communities, and justice organisations and we are clear that a deep just transition for South Africa is the solution. A just transition is about moving from a coal intensive economy to a low carbon economy, drastically reducing emissions and having an economy that works with nature instead of against it.

Climate justice employs solutions oriented thinking, we know that a break from fossil fuels is a non-negotiable, and we know that renewable energy has the potential to not only meet our energy needs, but also help us limit the climate crisis and build climate resilience. We also realise that this is a complex issue, one that involves all members of society and has economic implications, and we are under no illusion that climate change is a social, economic, political, and an environmental issue.

There is no JUST transition without JUSTICE. In the transition there must be no worker left behind. When we call for a shift from fossil fuels, at the same time, we call for reskilling, green jobs and justice for communities and workers who have been exploited for profit. We are also calling for an inclusive and sustainable food system, an education system that tells the truth about climate change, and a healthcare system that is equipped to deal with climate related diseases and injuries. We have to build an economy that is accessible, that can recover from climate disasters, and can rebuild and maintain infrastructure to deal with increasingly destructive weather. There is no way around it, fossil fuel economies will not survive, we have to move to renewable energy through participatory processes that center communities.

Unfortunately, this mineral energy complex we are locked into in South Africa, is being touted on the continent as a source of development instead of the reality that the industry is driving the single greatest threat to humanity. We are led by a government that does not see the destruction of cultures and heritage, and is willing to sell our land, our water and our air to the highest bidder.

We have a government that does not care for people, biodiversity or ecosystems. But they are not entirely to blame, they are just loyal followers of a system that was built to function in this way. In a capitalist system, there will always be a loser and our government, along with corporations, have decided that it’s okay for communities and the environment to be the losers.

For decades, communities have been trying to say no to extractive industries, no to mining, and no to exploitation. But year after year, mining licences are given to companies that extract profit from Africa’s soil and its people, only to return to their comfortable homes in leafy suburbs on the other side of the world, leaving nothing but pollution, disease and landlessness for our people. If mining truly meant prosperity for communities, Emalahleni would be dripping in gold, Xolobeni would be littered with sports cars and Lephalale would be a world class luxury destination, but we know that this is not the case.

Instead, residents in these communities are suffering from respiratory challenges, poverty and rolling blackouts with the rest of the country. Prosperity seems to be a concept reserved for those in boardrooms and pin striped suits, and private jets to fly away from their crimes. A just transition would not only address the climate crisis, but it would also begin to level the playing field and give communities power to build their own pathways, have a say in their own development, and redefine systems for future generations.

The people, united, shall never be defeated

The need for a country-wide, united, disciplined and organised youth movement has never been more pertinent. The time has come for us to stand across party lines, across organisational lines and across class lines, as our collective futures are at stake, this is an existential crisis. While we recognise that the climate crisis is a result of decades of burning fossil fuels, we also recognise that the youth of today will bear the brunt of the effects of the climate crisis; our youth has been marred with climate disaster, unprecedented heating and inaction by those our parents elected to lead us.

As we face a bleak future in South Africa with youth unemployment being the highest in the world, and no sign of change, we ask, what else can we lose? We are tired of living under a system that values profit above people, that exploits our bodies and the environment for profit, sucks it dry leaving it hopeless and barren. As the youth, we MUST demand climate action and a just transition and we MUST fight for our dignity, for our future and for our human rights. Climate Justice IS Social Justice, we will not sit by as our future goes up in flames.

Courtney Morgan describes herself as a feminist and climate justice activist. She is currently a campaigner with the African Climate Reality Project working on public finance and climate education.