Home Beyond Fees Must Fall What does Freedom Day mean in 2022 – we ask young people...
WhatsApp
Facebook
Twitter
Email
Print 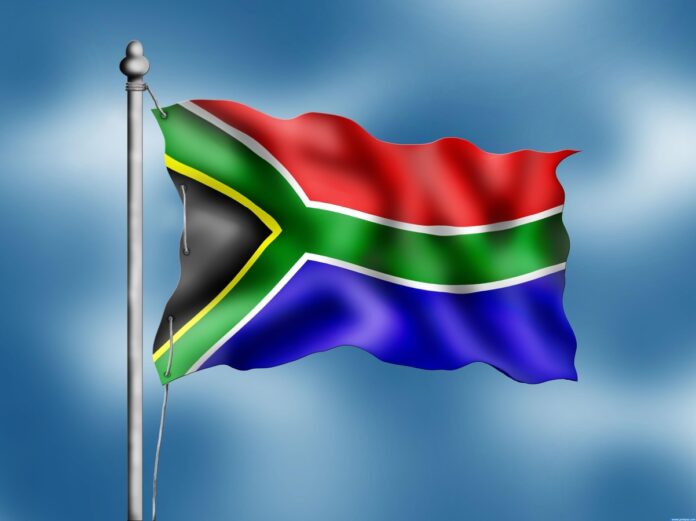 April 27 2022 marks 28 years since the first democratic elections took place. In 1994, all South Africans over the age of 18 got the right to vote. It was viewed as a momentous moment and the birth of the “Rainbow Nation”. Yet now many years later, this moment has fractured and broken down. The Daily Vox team compiled thoughts from some young people about what freedom means to them.

Angel Ntuli (22), degree in Media and Cultural Studies but am currently unemployed/seeking employment

Freedom Day has little significance in my life as a young female. It honestly feels as though we took off one chain and were chained with another but labelled this chain freedom because it was slightly lighter and had more space. When I was younger, Freedom Day was a day that held much reverence. It was a day worthy of celebrating because it was a day when black people were liberated in this country. They could now do whatever they desired and weren’t limited. Over time this narrative has slowly disappeared in my mind as I grew up and noticed that I might be free, but I am still imprisoned by my socio-economic standing and gender. I find this incredibly frustrating but if I reflect, we have conquered worser oppression which means that this can be conquered too. As Nelson Mandela said, “It always seems impossible until it is done”.

Sara Vanker (20), medical student from the University of Witwatersrand and member of the Kathrada Youth Club in Emmarentia/Greenside

Freedom Day to me is a strong reminder of the power and strength of activism. As a young, Muslim female, it is a yearly reminder of how vital it is to avoid complacency, and to be an active participant in society. It also serves as hope that through continued activism and active citizenry, we can find tangible solutions to the problems that lie close to our hearts. I think that the concept of “freedom” itself is often misunderstood. Freedom is so multi-faceted, and influenced by the people and environment around us. The pandemic was an incredible example of how unequal our society is. Our forefathers granted us “freedom” from apartheid, so it is now our responsibility to fight for freedom and justice in all other spheres.

Leetonny Hoffman (20), member of the Kathrada Youth Club in Lawley

Freedom day simply means liberation, the ability to exercise my own choices and individuality. It also means being and allowing others to live how we want, look how we want, to do what we want and to be who we want to be. My feelings around freedom has made me question my purpose and role for those around me, such as my community. We are blessed to have a wonderful Constitution, Bill of Rights, the Freedom Charter but, especially the youth, know very little of its contents.  We should not, at all costs, abuse our freedom. We need to start with the little things such as protecting our institutions such as clinics, schools, etc. and speak up against those who threaten it. When those who raise valid points get shut down for speaking truth to power, we should stand up for them in solidarity.

Tahera Nontokozo Msomi (22), Political Science and International student from the University of Journalism and a member of the Kathrada Youth Club in Springs

On Freedom Day, we should reflect on the lives of those who put everything on the line to achieve this freedom, so that all human beings in South Africa are seen as equal. This is also when we celebrate the liberties that I, as a young South African, am fortunate to have today. But the freedom that we have is only a small part of the vision that our liberation struggle heroes had envisioned. There is still a long way until we can reach the destination of freedom. I recognise that the women before me in my lineage did not have the privileges that I enjoy today such as freedom of movement and the freedom to access quality education.  I know that rivers of blood flowed on this land for my peers and I to have access to things that previous generations of black people did not have. But we are far from the ideals engraved in the Freedom Charter. The freedom that we have is too limited because we are still trapped in many shackles of oppression.

The way in which I mark Freedom Day has changed. It was a day that I celebrated until I came to a realisation that we are not truly free. Our freedom fighters did not die and sacrifice their lives for us to suffer the way we are today. They died for equality but we find ourselves living in the most unequal society in the world. As youth of this country, we have become disillusioned with the government to such an extent that many youth have no hope for the country because they do not even acquire jobs even if they are qualified.  As black people in this country, we are not financially emancipated. We see the historical injustices of apartheid contributing to the state that black people find themselves in. A big part of the economy is still owned by the minority white. We have also witnessed and experienced police brutality at the hands of our democratic government. There are too many similarities to apartheid that we see many black people endure that the hands of a “free” government.

These voices have been compiled with assistance from the Kathrada Youth Clubs and Youth Capital. They have been edited for clarity and brevity.

The Kathrada Youth Clubs aim to develop youth activists by promoting and preserving the values and principles of Ahmed Kathrada. Youth Capital is an advocacy campaign with an action plan to end youth unemployment.