Home Education What does the matric pass rate actually tell us about the health...
WhatsApp
Facebook
Twitter
Email
Print 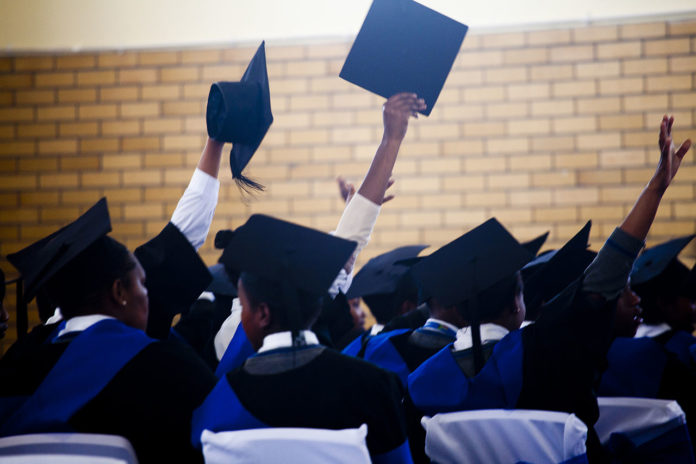 The annual matric pass rate is traditionally considered a measure of the health of our schooling system. This statistic is an important indicator for the basic education sector, but it does not tell us about learners’ pathways through school from Grade 1 to matric.

Four out of ten learners drop out. Why?

So, what factors make a learner more likely to drop out? Typically, dropout comes at the end of a long process of disengagement in which a learner is pushed or pulled away from school because of factors at home, at school and in their communities. Rather than being supported to complete their schooling, most learners in under-resourced communities get stuck in cycles of grade repetition, or withdraw from school altogether. Among learners in Grades 10-12, approximately 20% are three or more years over-age, having repeated grades.

Before the pandemic, around 40% of learners who started school in Grade 1 would drop out before completing matric. The Covid-19 pandemic has threatened to make the situation far worse. In November 2021, the Department of Basic Education (DBE) revealed that around 200 000 learners did not return to school during a six-month period. To make matters worse, the long-term impact of disruptions to schooling for today’s primary school children — including learning losses — may lead to dropout when they reach Grades 10, 11 and 12.

To begin turning the situation around, the basic education sector must make the prevention of dropout an explicit goal of our schooling system. To do this, dropout should be a key performance indicator (KPI), serving as an accountability measure for the sector.

Collecting detailed and accurate information about our learners can inform a more attentive and effective education system in which every learner is supported to finish matric. Collecting learner-level data is an effective way to implement prevention strategies, offer support, and ensure that learners are not falling through the cracks. When used in this way, datasets form part of an Early Warning System (EWS) used to anticipate and prevent dropout.

Our Story: The Zero Dropout Campaign

Our goal is to halve South Africa’s dropout rate by 2030 by spurring individual and collective ownership of the problem. We began as a research project funded by the DG Murray Trust in 2015, but we’ve since grown into a national advocacy campaign with two dedicated programmes of action and a national network of implementing partners. As a knowledge hub, we have collaborated with a number of non-profit organisations (NPOs) to test models of intervention to prevent dropout. In this way, we are focused on identifying and demonstrating what it takes to help learners complete Grade 12 by developing policy options at a macro level as well as on-the-ground interventions. We have taken a proactive approach to addressing dropout by promoting interventions with a track record of success. A prime example is our Reading for Meaning programme, which focuses on a child’s learning needs rather than their age or grade. In an effort to drive a whole-of-society approach to reducing the rate of dropout, our outreach teams are also mobilising a network of educators, parents and learners to work together to find solutions to the everyday issues driving the dropout rate.

ALERT: On January 24, the Zero Dropout Campaign will be holding a Twitter Space with Youth Capital, SECTION27 and Kathrada Youth. The point of the discussion will be around what do the matric results really tell us. The session will be facilitated by The Daily Vox.