Home Fascination 2022: here are some of the big events we can expect
WhatsApp
Facebook
Twitter
Email
Print 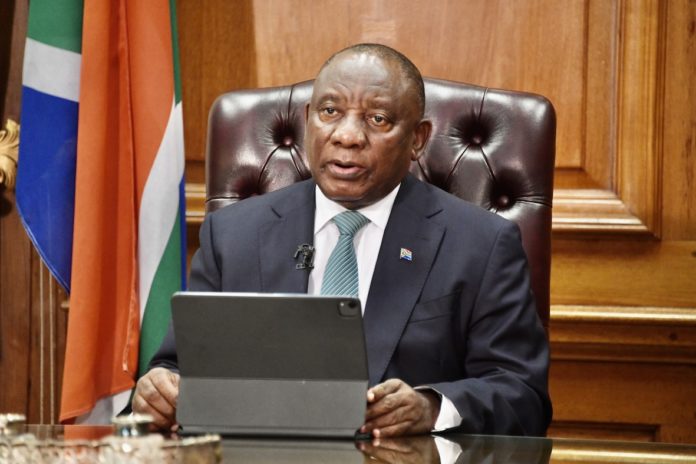 The year that has just passed 2021 was filled with all kinds of big events. There was the July unrest, the arrest of former president Jacob Zuma before that and the local government elections. There were also the different Covid-19 variants that spread. Most people will be hoping for a quieter and less eventful 2022. Here are some of the calendar events for this year.

Also in February, Ramaphosa will give the state of the nation address. After the fire that took place at Parliament, the location of the address had to be moved. It will now be taking place at the Cape Town City Hall on February 10 2022.

One of the first major sporting events of 2022 (aside from the Australian Open and the Winter Olympics) will be the Women’s Cricket World Cup. It will take place from March 4 to April 3 in New Zealand. Eight teams will participate in the tournament. The eight participating teams are New Zealand, Australia, England, South Africa, India, Bangladesh, Pakistan and West Indies.

All the eight teams will face each other once. The top four in the league format will move into the knock-out stages. The final will be played at Hagley Oval, Christchurch.

In November 2021, the judge ruled that Zuma’s corruption trial would begin on April 11. This was after his application to have the attorney general dismiss his corruption trial in connection with a 1999 arms deal with five European companies was rejected.

The judge said: “As it stands, it has not been proven that Mr. Zuma’s rights to a constitutionally fair trial have been impaired, or that there is a real possibility that his rights will be impaired.” Zuma has been accused of corruption, fraud and racketeering.

In May, one of the most prestigious club football tournament finals will be held. It will be held on May 28. The final will be played at the Krestovsky Stadium in Saint Petersburg, Russia. It was originally supposed to be played at the Allianz Arena in Munich, Germany. However, due to the postponement and relocation of the 2020 final, the final hosts were shifted back a year, with Saint Petersburg instead hosting the 2022 final.

This will be one of many corruption trials taking place this year. In July 2020, the Durban high court set a possible date for Gumede’s trial. If the date remains the same, Gumede and 20 others will stand trial for alleged fraud, corruption and money laundering linked to a multimillion-rand waste collection tender.

The new Administrative Adjudication of Road Traffic Offences (Aarto) system is expected to be fully introduced by July 2022. It will penalise drivers and fleet operators guilty of traffic offences or infringements by imposing demerit points. The points could lead to the suspension or cancellation of licences, professional driving permits or operator cards. However, the act and the Aarto Amendment Act was declared unconstitutional and invalid in a judgment handed down in January so leaving things quite undecided.

An important election taking place on the African continent will be the Kenyan election in August. Voters will elect the president, members of the national assembly and senate, county governors and members of the 47 county assemblies. Current president Uhuru Kenyatta is ineligible to pursue a third term due to the two-term limit in Kenya’s constitution. However, as of September 21, the courts were hearing a case regarding the legality of a referendum that would alter parts of the constitution relating to elections. The last election were also preceded by extreme electoral violence leading to concerns for this year’s election.

South Africa will see some sporting action this year with the Rugby World Cup Sevens in September. The tournament will take place from September 9-11. The entire tournament will take place in Cape Town in what will be the first time that Rugby World Cup Sevens has been hosted on the African continent. The world’s best 24 men’s and 16 women’s rugby sevens teams will take to the field where they will compete for world champion status over three days of exhilarating action.

In October, South Africa’s fellow BRICS country, Brazil will be voting for their next president. In the lead-up to the elections, the current president Jair Bolsonaro has already said: “I have three alternatives for my future: being arrested, killed or victory.” It has been recommended that he be charged with crimes against humanity over his handling of the coronavirus crisis. Former president Luiz Inácio Lula da Silva who was released from prison in 2019 is a front-runner for the presidency.

Amidst much controversy, the biggest sport event – no doubt – of 2022 will be the FIFA World Cup in Qatar. This will be the first FIFA World Cup to take place in the Middle East and Arab world. The opening match will be played at the Al Bayt Stadium, which was inaugurated in 2021. The tournament will end on December 18.

Throughout the past decade or so of preparations, Qatar has been troubled by controversy. This is due to allegations of corruption but also accusations of failing to protect its labourers.

READ MORE: “The Workers Cup” Captures The Misery Behind The 2022 FIFA World Cup

The last ANC national conference was in 2018. During the conference, president Cyril Ramaphosa was elected the party’s president. Just days before Ramaphosa took over his position, Zuma also announced the free-fee policy. This year’s conference is no doubt going to be more of the same drama and politicking as the ANC politicians vie for the important roles. Ramaphosa will also need to make sure he keeps his place at the head of the party with stiff competition.

The party constitution amendments the ANC conference delegates will vote on