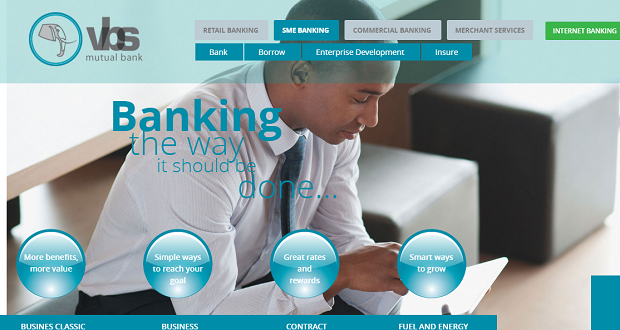 Released on Wednesday October 10, the lengthy VBS Mutual Bank report titled “The Great Bank Heist”  revealed that 53 people illegally received R1,89 billion between 2015 and 2018. The report, commissioned by the South African Reserve Bank (SARB) and compiled by Advocate Terry Motau and law firm Werksmans, found there were contraventions of the Municipal Finance Management Act (MFMA), written by Treasury official Ismail Momoniat, who Shivambu attacked in Parliament for “being non-African.”

Zuma paid back the money, but weâ€™re still curious about VBS Bank

Speaking to The Daily Vox, political analyst Ralph Mathekga said the state capture report and the VBS report means that both the African National Congress (ANC) and the EFF are being driven into a scandal-ridden corner. South Africa’s main opposition party the Democratic Alliance (DA) are seemingly the only party not currently plagued by corruption allegations. Whether the DA can actually capitalise on this and make it a political issue is something that will become more apparent as the 2019 election date draws nearer.

For several hours after the report was revealed, all top officials of the EFF were seemingly MIA, with tweets from the party saying they were busy in a political induction meeting and couldn’t respond. Later that evening, the party released a statement saying that they maintain that all those who illegally benefited from the fraud at VBS need to be blacklisted. Furthermore, the statement said the party calls on the SARB to review its ability to monitor banks as the “failure of VBS is inadvertently the failure of the SARB itself to protect ordinary citizens.” Nowhere in the statement was there any mention to the allegations against the Shivambu brothers.

The EFF’s press statement reveal that they want to play it safe. With the 2019 election fast-approaching, it is on all parties’ minds. But Mathekga believes that EFF voters will not care much for the allegations. “I don’t think they care about it, and will believe the party when they say it’s a smear campaign,” he says. The ANC on the other hand have much to worry about for next year, according to Mathekga.

The DA have called for all of those implicated in the looting of the VBS Mutual Bank to be investigated to the full extent of the law. Calling out those individuals who have close political ties within the ANC and the EFF, the DA says those individuals no doubt used their connections to steal from the poor.

Fractures continue to plague both the ANC and DA, despite the attempts of both parties to present a united front. The EFF has seemed like the party which has presented the strongest front, especially with their top 6. Mathekga maintains that the party was taken aback with the report and in formulating their position on the issue, difficult questions will need to be asked. “In resolving these allegations and coming up with a way forward, divisions could appear as this is a complex issue that won’t be easy to deal with,” he says.

The Hawks have announced that they will be launching investigations into the allegations raised by the report.  “Investigations should not tiptoe around the issue by avoid pushing against the those in authority,” says Mathekga.

The EFF have scheduled a media briefing on October 16 at their headquarters in Braamfontein. Even though Malema has said it will be about the Independent Power Producers (IPPs), questions about the report will no doubt come up. Mathekga believes that the party will try to deflect attention, likely on the others implicated in the report.